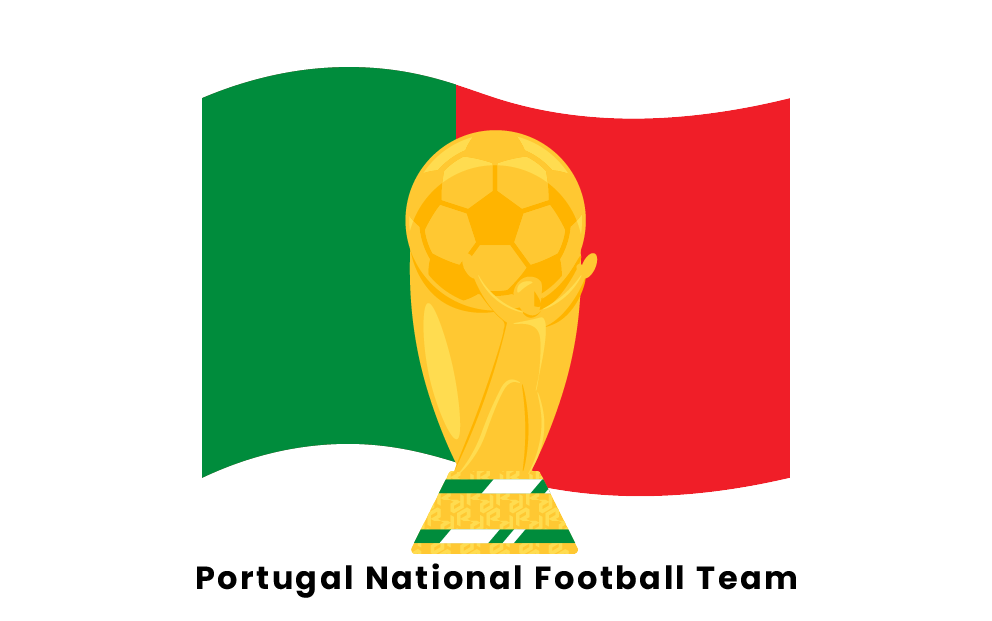 As with most of their fellow European countries, soccer is a national pastime in Portugal, and the Portuguese national football team has achieved some notable successes on the world stage. With the 2022 World Cup on the horizon, let’s learn all about the history and accolades of Portugal’s national soccer team!

The Portuguese national football team may not immediately come to mind when one thinks of World Cup success, but they are by no means a team to be ignored. While the team has never finished higher than third place at the World Cup, they have been improving their fortunes considerably in recent years, and with star players like Cristiano Ronaldo on their squad, they will no doubt present an imposing threat in the upcoming 2022 World Cup in Qatar. Read on to learn all about the team which Portugal fondly refers to as A Seleção, “the Selection,” and Os Navegadores, “The Navigators!”

The Portugal national football team was first founded in 1921, but its early history was spotty and unimpressive. Their performance was not adequate enough to merit an invitation to the inaugural World Cup in 1930, and though they were invited to qualify for successive tournaments, the team failed to qualify until 1966. In their qualifying attempts, they suffered many difficult defeats, including a tough 10-0 loss to England in a qualifying match for the 1950 World Cup. Their first-ever win in a qualifying match came against Italy in 1958, and yet they still failed to qualify overall.

In 1966, the team finally made it to the big stage of the FIFA World Cup, and they made the most of that first appearance. In that tournament, Portugal blazed their way to third place, defeating Russia 2-1 in the third-place match to secure their only third-place finish at the World Cup, which is also, thus far, their best finish in all of their appearances at the event.

After 1966, the Portuguese hit another World Cup slump, failing to qualify again until 1986. In that year, they reached the tournament, but were eliminated in the Group Stage and had to settle for 17th place. Their fortunes continued to dip, with three more consecutive failures to qualify for the World Cup in 1990, 1994, and 1998. However, in recent years, Portugal’s fortunes have improved somewhat, as they have qualified for every World Cup since 2002, reached the Round of 16 twice, and made it as far as fourth place in 2006. It remains to be seen whether they will continue their upward trend in the 2022 World Cup in Qatar, but with star players like Cristiano Ronaldo, they certainly have a fair shot.

Portugal’s greatest soccer rival on the world stage is undoubtedly their neighbor to the east, Spain. The two nations share both a border and a burning passion for soccer, and for that reason, their rivalry is always explosive. The two teams have met 40 times, including in Portugal’s first-ever international match in 1921, which Spain won 3-1. Spain has the upper hand in the rivalry, winning 17 of the 40 matches, whereas Portugal has won six, and the two teams have tied 17 times.

Portugal’s soccer kits, as with many national teams, incorporate the colors of their flag, which are red, green, gold, white, and blue. For their home kits, Portugal wears a shirt that is red with a green trim, the red covering most of the upper body, and the green trim running diagonally across the right side. This is paired with green shorts and red socks with a large green stripe at the top. The team’s away kits consist of a white short with a strip of color across the chest, which is one-third green and two-thirds red. The away kit shorts are white, and the socks are white with a large dark blue stripe at the top.

Portugal’s away kits have varied much more over the years, compared to their home kits, and have made use of colors such as white, blue, black, and even turquoise and teal. Portugal’s team kits are provided by Nike.

Has Portugal ever won the World Cup?

Who is Portugal’s best player?

Portugal’s best player is undoubtedly Cristiano Ronaldo. Not only is Ronaldo Portugal’s all-time top goalscorer, he is also their most-capped player, with 191 caps, his first being earned on August 20, 2003, and his most recent on September 27 2022. This set a record for the largest number of caps won by a European men’s player, with the previous record being held by Sergio Ramos of Spain.

Who is Portugal’s all-time scorer?

Portugal’s all-time goalscorer is Cristiano Ronaldo. In 191 appearances for the team, Ronaldo has scored 117 goals, far eclipsing the Portuguese player with the next-highest number of goals, Pauleta, who scored 47 goals for Portugal. With the 2022 Qatar World Cup upcoming, Ronaldo will undoubtedly have a chance to add to this impressive record.