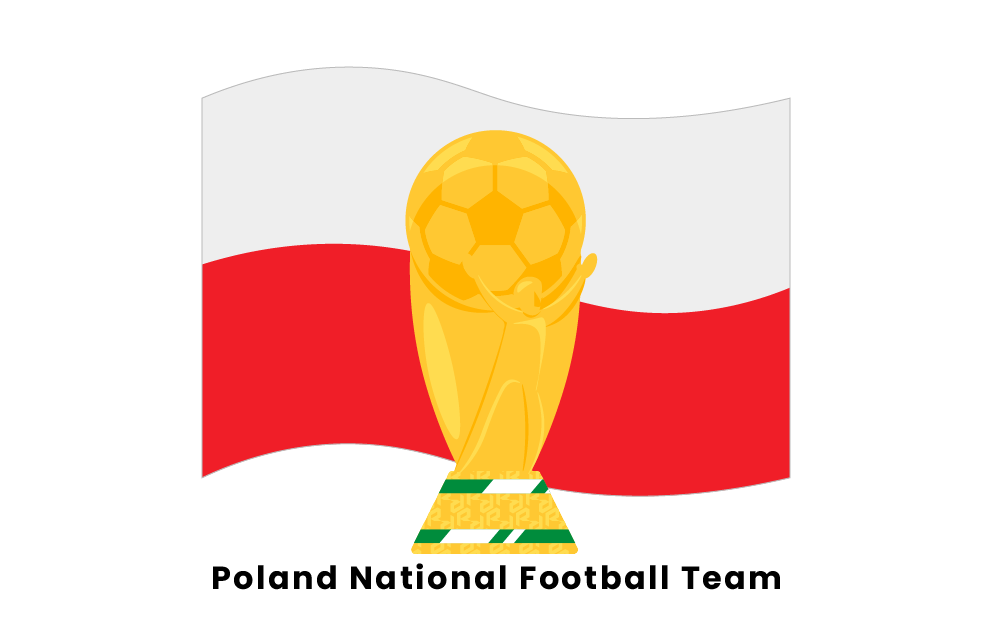 The Polish National Football Team is composed of the best soccer players from Poland. The squad competes in international tournaments, continental tournaments, and international friendly matches. While they have not had much success in the FIFA World Cup, they have still managed to qualify nine times in a very tough continent to qualify from. They have also qualified for the UEFA European Championship four times, in which their best performance saw them reaching the quarter-finals in 2016.

World War II saw the invasion of Poland by Nazi Germany, who forbid Poland to field a National Team for football. However, the Polish National Football team was reformed in 1946 following the end of the German occupation. Although the Poland National Football Team would not make it back to the FIFA World Cup until 1974.

During the 70s and 80s, the Poland National Football Team won third place at the FIFA World Cup and upset many previously dominant teams. In the pursuit of their third-place finish in the 1974 FIFA World Cup, they upset England, Argentina, and Brazil. This was a monumental feat, as all of these teams were juggernauts at this point. They also placed third at the 1982 FIFA World Cup.

Poland’s great rivalry is with Germany, their bordering neighbor. Like many other international team rivalries, the competition on the pitch was fueled by centuries of political tension. Since the Nazi occupation of Poland, tensions have peaked further between the two teams. In fact, there was an infamous tabloid war prior to the 2008 European Championship in which a Polish newspaper ran a cartoon where the Polish head coach, Leo Beenhakker, held the severed heads of the German head coaches. Poland has never been able to defeat Germany in competition, but the rivalry remains fierce.

The traditional home kit of the Polish national team is an all white shirt with red shorts. This is fitting, as the modern Polish flag is a band of white above a band of red. In away games, their alternative kit is a red shirt with white shorts. Each shirt also has a small eagle on the right chest, in honor of Poland’s national crest. This is also why the team is often nicknamed “The Eagles.”

Has Poland Ever Won The World Cup?

No, Poland has never won the FIFA World Cup. In the eight times they have entered or qualified, the Polish national team has only made it past the Group of 16 twice. Fresh off the heat of an Olympic gold medal, they entered the 1974 World Cup in a blaze but were defeated 1-0 by West Germany. In the 1982 World Cup, they again made it to the semi-finals and lost to Italy 0-2 but defeated France 3-2. In both instances, Poland was awarded third place.

Who Is Poland’s Best Player?

Poland’s best player of all-time is likely Robert Lewandowski. He is the national team's all-time leading scorer, more than 30 above his closest challenge for the title. In addition to his scoring proficiency, Lewandowski is just a powerhouse forward and inspiration for his team, winning the Polish Player of the Year Award a record eight times, as of 2022.

Who Is Poland’s All Time Scorer?

The all-time scorer for the Polish men’s national team is, by far, Robert Lewandowski. Over his 134 international appearances for the team, he has scored a remarkable 76 goals. This number is only as of early 2022, and it is surely to rise in the Qatar World Cup. The second closest all-time scorer is Wlodzimierz Lubanski, with 44 goals.