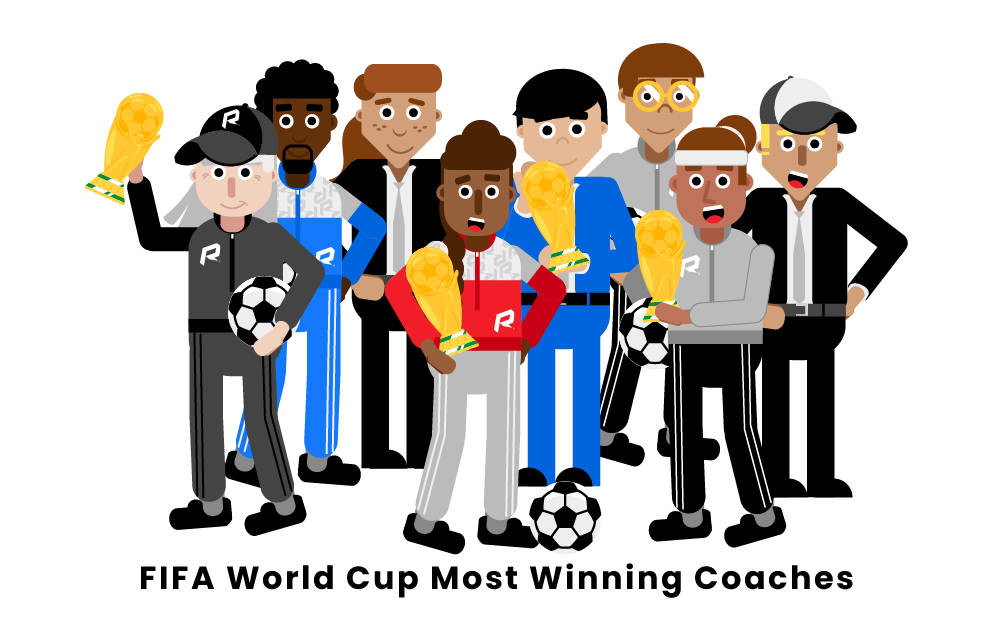 When teams win the FIFA World Cup, the players often get the majority of the praise and credit for their success. While they deserve the praise, they wouldn’t have been able to accomplish this without the help of their coach. Coaches are responsible for training their players and ensuring they stick to the game plan during the match. Winning a World Cup is no small task for a coach, and it is certainly something to celebrate.

Of the 21 World Cup winners, there have been 20 different coaches to lead their team to the title. This further exemplifies the difficulty of winning a World Cup as a coach, as due to the four-year gap between tournaments, many coaches do not even get the chance to coach in two World Cups, let alone win two. The remainder of this piece will discuss some of the most notable World Cup winning coaches.

What Coaches Have Won The Men’s FIFA World Cup?

Only one coach has led his team to multiple World Cup titles, Vittorio Pozzo of Italy. Pozzo helped the Italian team to back-back World Cup victories in 1934 and 1938, the second and third editions of the tournament. Pozzo’s success was not limited to just the World Cup; he also led Italy to the gold medal at the 1936 Olympics in Germany and two Central European Intercontinental Cups in 1930 and 1935. Overall, Pozzo won 63 of his 95 matches as the Italian head coach with 17 draws and just 16 defeats. He still holds the record for being the longest-tenured manager in senior men’s national team European history, coaching for nineteen years from 1929-1948.