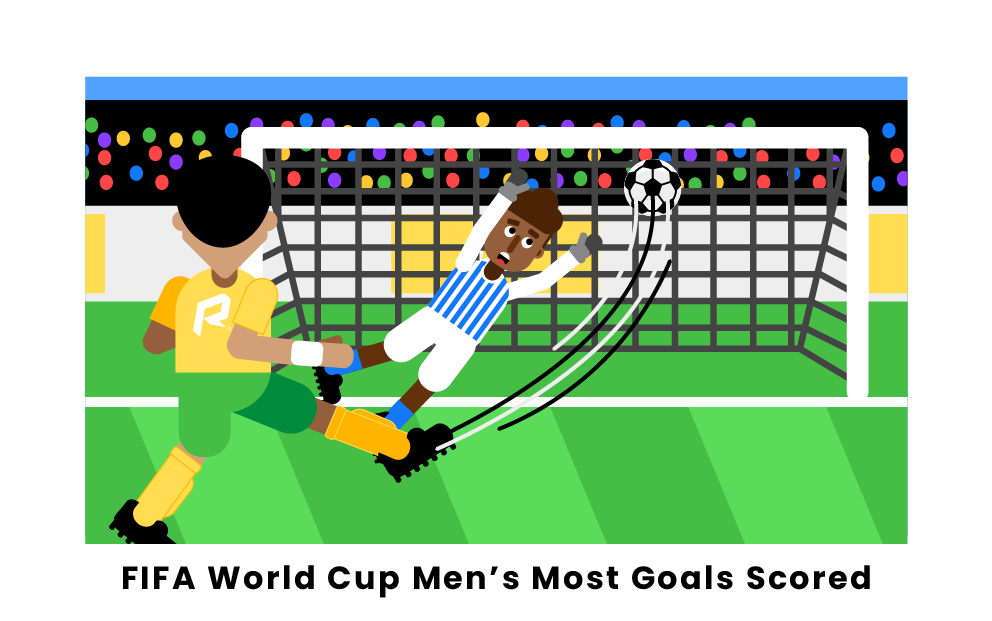 The FIFA World Cup is an international soccer event that occurs every four years, and is filled with high-intensity scoring. A total of 32 nations are put in a tournament after going through a rigorous qualifying process to determine which country has the best soccer team. The tournament consists of a group stage followed by four elimination rounds. Read on to learn about some of the teams and players who have scored the most goals in the World Cup.

Germany is a close second with 226 goals, mainly due to the help of Miroslav Klose, Gerd Müller, and Jürgen Klinsmann. The three stars have combined for 41 goals in the World Cup in their respective careers. Argentina, who has scored the third-highest number of goals in the FIFA World Cup, only has one player with double-digit goals in the tournament. That player is Gabriel Batistuta, who played in the 1994, 1998, and 2002 FIFA World Cups, with ten goals.

Miroslav Klose broke Ronaldo’s record for most goals scored in the FIFA World Cup in 2014 against Brazil in the semi-final. Klose scored five goals in the 2002 tournament, five in 2006, four in 2010, and two in 2014. Fellow German on the list, Gerd Müller, had the feat of scoring double-digit goals in one of the two tournaments he played in. In the 1970 World Cup, Müller scored ten goals. Ronaldo, who is second on this list with 15 goals, came close to that feat for Brazil when he put up eight scores in 2002. The forward scored four goals in 1998 and three in 2006.

Most Goals Scored By Player In Singular Men’s World Cup