How To Watch The FIFA World Cup? 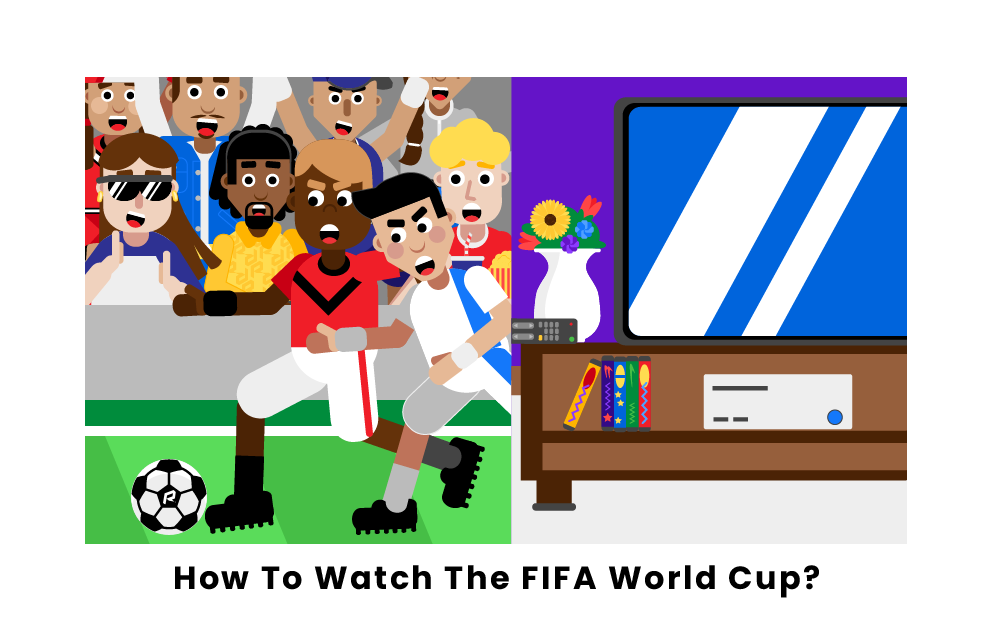 Every four years, the FIFA World Cup captivates the world and becomes the talk of nations across the globe. In fact, the World Cup is the second most popular worldwide sporting event, only behind the Tour de France bicycle race. An estimated 3.3 billion people tune in to watch the tournament. Nowadays, with all of the streaming services that are available, there are lots of different ways to watch the games. The remainder of this piece will discuss these methods of watching the World Cup in detail.

What Channel Is The FIFA World Cup On?

For the 2022 World Cup in November, Fox and its various Fox Sports stations will be broadcasting the games in English speaking countries. The opening match of the tournament, featuring the host nation Qatar taking on Ecuador, kicks off on Sunday, November 20th, at 11:00 AM eastern standard time on Fox. As for the United States, their first games against Wales will take place the next day, on Monday, November 21st, at 2:00 PM eastern time, also on Fox. While Fox will be televising the games in English speaking nations, those in Spanish speaking countries will be able to watch the games on Telemundo. As for some other popular nations, people in France will be able to see the games on beIN Sports France, while Germans will be able to watch the matches on Telekom Deutschland GMBH. In addition to watching the games on cable television, there are also plenty of streaming services that will be broadcasting World Cup games.

Which services are streaming The FIFA World Cup?

While the World Cup is available on cable television, those without cable or those who are not near the television will have plenty of options to stream the games. Some of the streaming services for the games include Fubo TV, DirecTV Stream, Vidgo, Sling TV, Peacock Premium, and YouTube TV. All of these services have various costs to them, so unfortunately, none of them are available for free. Regardless, avid football fans will certainly get their money’s worth during the World Cup if they choose to purchase one of these services. Additionally, those with a cable subscription that includes Fox Sports can watch the games online on foxsports.com or on the Fox Sports app. As long as your cable subscription includes these channels, the fox sports streaming services are free. These methods are a great way for fans who have cable but are not near their television to watch a game.

Coinciding with the rise of television during the 1950s, the first World Cup to be broadcast on TV was the 1954 edition of the tournament in Switzerland. The games were broadcast on the Continental Television Exchange Channel in Europe, which later became known as Eurovision. While the games were on TV, they were not always the best quality. Countries would sometimes choose to show other nations over their own team who was playing at the same time, highlights would often be shown days late, and first halves would even not be shown at times. Despite some of these challenges, the 1954 World Cup was an important step on the way to the World Cup becoming a truly global event. Additionally, as time went on, the broadcasts slowly became better and better until they reached the standard they are at today.

How Can I Watch The FIFA World Cup Online?

There are a lot of streaming services available to watch the FIFA World Cup online. These include Fubo TV, DirecTV Stream, Vidgo, Sling TV, Peacock Premium, and YouTube TV. All of these services come with a cost, and you can find them on the various services’ websites. Nonetheless, if you are an avid football fan, you will likely get your money’s worth out of these services during the World Cup.

Who will broadcast the FIFA World Cup This Year?

In English speaking countries, the FIFA World Cup will be broadcast on Fox and their Fox Sports stations. In other nations, the games will be broadcast on Telemundo (Spanish speaking countries), beIN Sports (France), and Telekom Deutschland (Germany). There are lots of channels around the world broadcasting their games. FIFA has a PDF on their digital hub website that states which stations will broadcast the games in each country.

What was the First Channel to Broadcast a FIFA World Cup Game?

The first World Cup to be broadcast on television was the 1954 tournament held in Switzerland. The games were broadcast on a channel known as the Continental Television Exchange, later changed to Eurovision. Television was in its very early stages during the 1950s, so the broadcasts were not always the best quality, but regardless it was a major step in the World Cup becoming a truly global event.

Pages Related to How To Watch The FIFA World Cup?