How Much Does It Cost To Setup The FIFA World Cup? 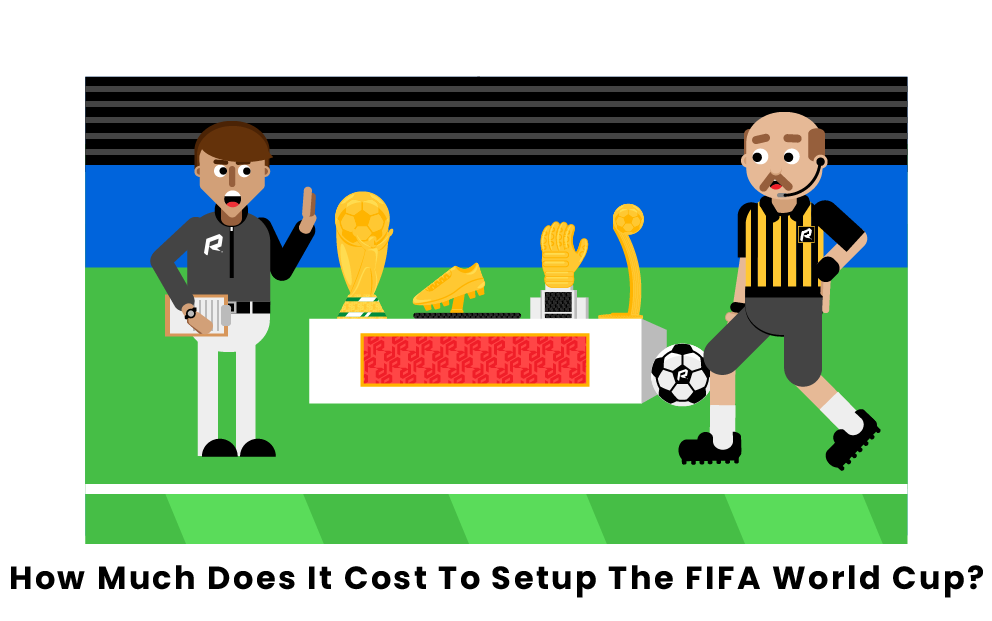 The FIFA World Cup is the world’s largest sports competition, occurring every four years. National soccer teams from across the globe come together to compete in a knockout-style soccer tournament, ultimately crowning one victor. Due to the grand scale and popularity of the event, the FIFA World Cup costs a very large sum of money to set up. Each host country must prepare its stadiums, infrastructure, and hospitality arrangements for the large influx of international visitors.

While each World Cup is unique, requiring different construction and logistical needs based on the host nation, estimates place this number between $10 billion and $20 billion. However, costs have steadily increased in recent years due to the growing event scale and inflation, and the costs to set up the FIFA World Cup are likely to continue increasing in the future.

Why Does It Cost So Much To Set Up A World Cup?

Since the FIFA World Cup is the largest sports event in the world, it requires the construction and renovation of stadiums and infrastructure. To tackle this, the host country must hire a large number of workers. These workers spend years preparing host cities for the large influx of international visitors, and constructing facilities, arenas, and event spaces.

Along with the infrastructure costs, the host country must set up all of the promotional material and hospitality arrangements for visitors. It is estimated that Russia spent $12 billion setting up the 2018 World Cup. Meanwhile, Brazil spent around $15 billion on the 2014 World Cup.

The Growing Cost Of The World Cup

Over the past decades, the cost of setting up the World Cup has steadily increased. This is due to the growing size of the event, as well as the increasing costs of goods and labor. For the 1994 World Cup, the United States spent just $500 million hosting the event. In the 2006 World Cup, Germany more than quadrupled this number, spending $4.6 billion. Recently, the 2018 World Cup in Russia cost a whopping $12 billion to host. It is clear that the price of setting up the World Cup is not expected to decrease in the future.

The 2022 Qatar World Cup is anticipated to be the most expensive World Cup in history. Estimates place the cost of preparing for this event at $220 billion, more than ten times greater than the cost of the previous 2018 World Cup. There are multiple reasons for this estimate. Primarily, the majority of these costs are linked to Qatar’s 2030 national plan, revamping the nation’s infrastructure, transportation, and hospitality services. Many of these upgrades will be completed in order to host the 2022 World Cup while also tackling the nation’s long-term infrastructural goals.

Aside from Qatar’s 2030 plan, the 2022 FIFA World Cup will likely be the most expensive World Cup yet in terms of infrastructure costs. Being the first World Cup hosted in the Middle East, many soccer fans from the region will have the opportunity to witness the global competition in new, state-of-the-art facilities.

Pages Related to How Much Does It Cost To Setup The FIFA World Cup?