How Much Do Players Get Paid In The FIFA World Cup? 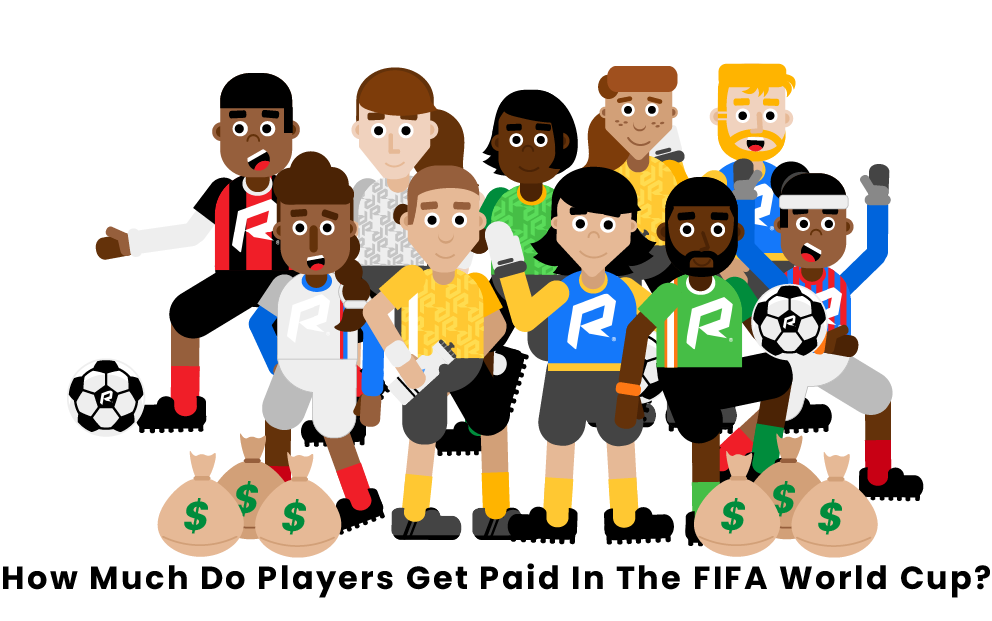 Every four years, players have the chance to earn bonus money while representing their country at the FIFA World Cup, although this is not their main source of income. Coaches are paid similarly, earning their main income from coaching in domestic leagues and having the chance to earn additional money for coaching a national team in the FIFA World Cup.

The payout from the FIFA World Cup is distributed to the national federations of the teams who participate. From there, individual countries have different policies to determine how much money to give to each player. Typically, every player on a World Cup team earns the same amount of money. This is rare in professional sports: salaries tend to vary by skill level. However, when playing for one’s country on the world stage, the stars of the game care less about securing a check.

For example, the US Men’s National Team is paid on a per-game basis. They do not have a salary throughout the year. Each player is paid $10,000 per game. This means that a player that makes the roster in three World Cup matches will earn $30,000 in base pay. There are also performance bonuses available to each player for drawing or winning a match on top of the base pay, with a bonus of $14,000 for a win and $10,000 for a draw.

Just like players, FIFA World Cup managers earn most of their money from year-round leagues separate from the World Cup. German national team coach Hansi Flick is paid $7.08 million per year by Bayern Munich, a soccer club that competes in the Bundesliga in Germany. Thus, this salary allows coaches like Flick to live comfortably without requiring a big paycheck from coaching their national teams.

Coaches earn more if their national team advances past the group stage of the FIFA World Cup, just like players. The further their team advances, the bigger the bonus for the team and the coach. Different countries choose to divvy up their winnings differently among their staff, making it more advantageous to be the coach of certain countries!

The further a team advances in the FIFA World Cup, the more money they are rewarded by the end of the tournament. The highest paid team is the team that wins the World Cup. The team who finishes in second place is awarded the second largest sum, and so on.

Prior to the tournament, each team that qualifies is awarded $1.5 million to deal with logistics, such as travel, housing, and other expenses. The prize money is as follows:

Pages Related to How Much Do Players Get Paid In The FIFA World Cup?