How Much Do FIFA World Cup Tickets Cost? 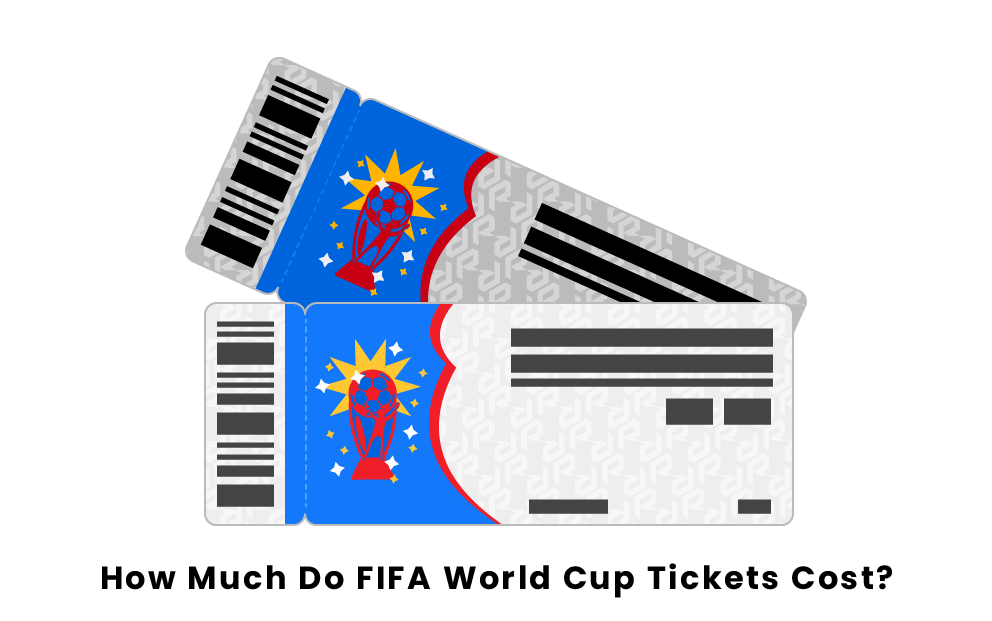 Every four years, the biggest spectacle in all of soccer, and maybe all of sports, takes place when the FIFA World Cup kicks off. Teams from countries all over the world fight to qualify just for a chance to even make it into the opening rounds of the tournament, and champions of the World Cup are remembered forever. Matches usually draw some of the biggest crowds ever seen, and so it’s no surprise that tickets can be very expensive. To learn more about ticket costs, keep reading below.

There are a number of factors that go into deciding the ticket prices of a specific match at the FIFA World Cup. These factors include:

First, the location of the match can have a major effect on pricing. World Cups are held at multiple different stadiums in the host country, and some stadiums offer better seating and nicer amenities than others, leading to differing price points.

However, the most important factor in pricing when it comes to the World Cup is which stage of the tournament the match is being played in. Group stage matches offer the cheapest tickets, as it is only the opening round of the event, but as teams advance to the Round of 16 and beyond, ticket prices continue to go up.

Much like in other sports, tickets for the championship match are far more expensive than any other match. The cheapest tickets available for the 2022 World Cup Final are over $1,700.

The best World Cup seats a soccer fan can sit in are designated as “Category 1.” This includes both sides of the stadium that run parallel to the touchlines (sidelines) of the field. Sitting in this section affords fans the best view of both sides of the pitch, and seats extend from the top of the stadium all the way down to right behind the teams’ benches. For the 2022 World Cup, the most expensive tickets in Category 1 are over $4,000 and the cheapest just under $300 for seats at an early non-opening match.

Depending on the stadium, this level of seating can look a few different ways, but it generally has fans sitting in the same area. Category 2 is usually the seats surrounding the area behind the goal on each end of the pitch, and like Category 1, the seats can range from right above the action to farther back. At the 2022 World Cup, the most expensive Category 2 tickets are $500 and the cheapest are roughly under $200 for an early non-opening match.

Like Category 2, seating in Category 3 changes slightly based on which stadium the match is being played in. At most stadiums, though, it encompasses the same basic options. The best seats in Category 3 are directly behind each goal, and the section extends all the way to the nosebleeds at the top of the arena. These are usually the least-preferable seats, as sitting on one end of the pitch makes it hard for fans to track the action on the other team’s side. At the 2022 World Cup, the highest ticket prices in Category 3 are $10,000, and the cheapest are around $100.

While the most basic ticketing option for fans is purchasing a seat for one match, the World Cup offers a number of bundles that can be bought to enhance the viewer’s experience. Each stadium has a number of different lounges inside that are only accessible by fans with specific tickets. These lounges have features such as bars, catered food, and comfortable seating.

Fans can also purchase bundles if they wish to see more than one game while attending the World Cup. Many different companies offer fans the opportunity to pick and choose a select number of games to attend.

Some companies will also help set up lodging for fans, including hotel rooms as part of their rate. In addition to lodging and tickets, companies may also include special VIP experiences for guests who purchase a bundle, such as tourist trips in the local area or chances to meet World Cup legends and current players. For the 2022 World Cup, bundles that include all of these amenities cost about $12,000 per person.

Pages Related to How Much Do FIFA World Cup Tickets Cost?