How Many World Cups Has Uruguay Won? 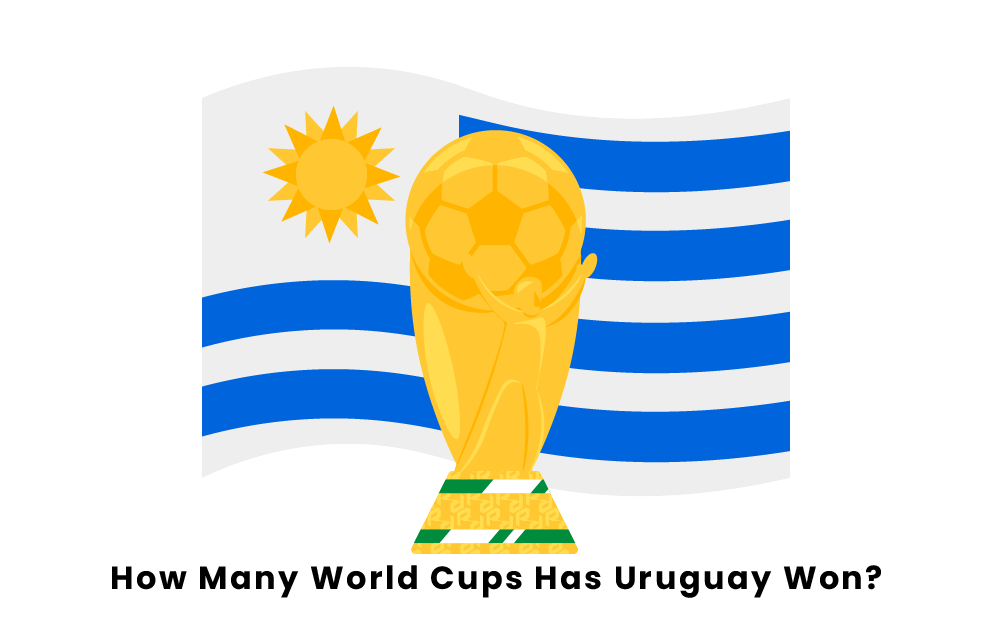 While Uruguay has not had much international success in recent years, its men’s national soccer team does have two world cups to its name. They were the original World Cup champions in 1930, and they took home a second title in 1950. As for their women’s soccer team, Uruguay has yet to make the semi-finals at a World Cup. Let’s take a look at the two World Cup titles Uruguay has won.

The 1930 World Cup was the first edition of the tournament, and Uruguay took home the title. The tournament took place in Uruguay, so they were victorious on their home soil in front of their home fans. Since it was the first World Cup, there were only thirteen participants, so there was not as much competition as there is today (32 participants currently). To start the tournament, Uruguay was in a group with Romania and Peru. They defeated Peru 1-0 and Romania 4-0, so they were crowned group winners and advanced to the semi-finals of the tournament. The Uruguayan team was incredibly well-balanced in these two games, as their five goals were scored by five different players.

In the semi-finals, Uruguay was matched up with the United States, and they won easily 6-1. Carlos Peucelle and Guillermo Stabile scored two goals each, while Luis Monti and Alejandro Scopelli each scored once. In the first-ever World Cup Final, Uruguay faced off with Argentina. Pablo Dorado scored first for Uruguay, but Argentina managed to score the next two goals, meaning Uruguay was trailing for the first time in the tournament. They were not deterred, however, and Jose Cea, Santos Iriarte and Hector Castro each scored to lead Uruguay to a 4-2 win. Clearly, based on all of the players who scored goals along the way, Uruguay was a well-balanced squad that deserved the title of first World Cup champions.

In 1950, Uruguay was able to capture their second World Cup title, this time in neighboring Brazil. Just like in 1930, this tournament had a smaller field of only thirteen teams. These are the only two World Cups to have as few as thirteen teams. While in 1930, it was because it was the first tournament, in 1950, it was due to teams either being banned or refusing to participate in response to World War II, which had just ended five years earlier. This was the first tournament since 1938 due to the war.

As for Uruguay, they began the World Cup in a small, two-team group with Bolivia. They defeated the Bolivians quite easily by a score of 8-0 to advance to the final stage of the tournament. They were led by Oscar Miguez in this match, who scored a hat trick. Unlike other World Cups, there was no knockout stage in this tournament. Rather, each of the four group winners advanced to one final group, where the winner of that group was the winner of the World Cup. The three other teams to win their group along with Uruguay were Brazil, Sweden, and Spain. In their first two matches, Uruguay tied Spain 2-2 and defeated Sweden 3-2. They were led by Miguez and Alcides Ghigga, who each scored two goals between these two matches.

Going into the final match of the tournament with Brazil, Uruguay had four points in the group thanks to their one win and one tie, while Brazil had six points thanks to their two wins. Not only did they have two wins, but they had won quite easily, 7-1 and 6-1 over Sweden and Spain, respectively. That, combined with the fact that they were playing in their home country, made the Brazilians the heavy favorite in this final match. All Brazil needed was a draw to win the group (and the World Cup), while Uruguay had to win the match. Brazil scored first in the 47th minute, but Uruguay tied the match up in the 66th minute thanks to a goal from Juan Schiaffino. Then, in the 79th minute, Ghigga scored the eventual winner, and Uruguay shocked the Brazilians with a 2-1 victory. To this day, this remains one of the more surprising World Cup results in history.

Pages Related to How Many World Cups Has Uruguay Won?