How Many World Cups Has Spain Won? 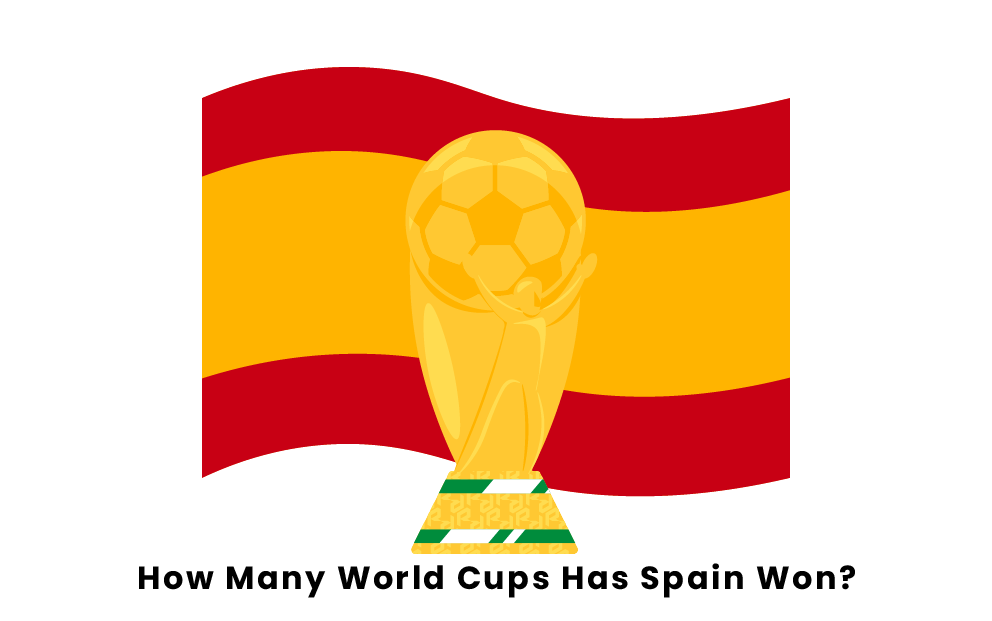 Spain has had some skilled soccer teams throughout World Cup history. On the men’s side, however, this skill has only brought them one World Cup title since the first edition of the tournament in 1930. Since the first Women’s World Cup in 1991, the Spanish have yet to make the semi-finals. On the men’s side, the Spanish have suffered some heartbreaking World Cup losses in penalty shootouts. Those defeats, as well as their triumph in 2010, are discussed below.

Spain captured their first and only World Cup in 2010 in South Africa. To begin the tournament, Spain were grouped with Chile, Switzerland, and Honduras. The tournament started off poorly for Spain, as the Swiss defeated them 1-0 in the first match. They were able to rebound, however, defeating Hondoruous 2-0 and Chile 2-1 in their next two matches. Spain and Chile each finished the group with two wins and one defeat, but Spain were the group winners thanks to their goal differential of +2 (Chile was only +1). The Spanish side was led by David Villa during these three matches, as he scored three of their four goals and assisted on the other one.

During the knockout stage of the tournament, Spain won all four matches by identical scores of 1-0. In the Round of 16, Spain took down Portugal by that score thanks to a 62nd minute goal by David Villa. David Villa once again scored the lone goal in the quarter-final round against Paraguay, this time in the 82nd minute, helping the Spanish advance to the semi-finals. It was at this point that someone else finally stepped up for Spain, as Carles Puyol scored his first of the tournament in the 72nd minute to help Spain knock off Germany 1-0. In the World Cup Final, the Netherlands were Spain’s final challenger. No one scored in regulation time, so extra time was required to determine a winner. It was not until the 115th minute when Andres Iniesta scored his second goal of the tournament and first since the group stage to give Spain the lead and eventually the win. Overall, the Spanish were clearly led by David Villa, who scored five of their eight goals throughout the tournament. If it were not for Iniesta’s heroics in the final, however, Spain may still not have a World Cup title.

Pages Related to How Many World Cups Has Spain Won?