How Many World Cups Has Serbia Won? 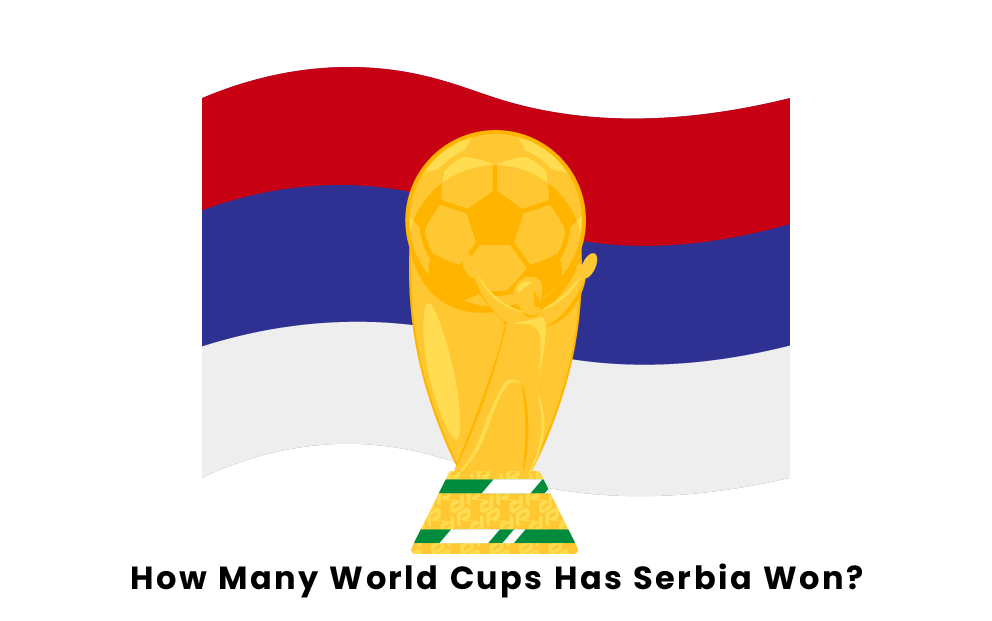 Since the breakup of its former parent nation, Yugoslavia, in 1992, the nation of Serbia has qualified for four men’s World Cups but has never won the title. They have competed under a few different names since then, but nonetheless, they have been an independent nation since 1992. As for the women’s team, they have yet to qualify for a World Cup. The remainder of this piece will discuss the appearances of the men’s team in detail.

While they were an independent nation, Serbia was a part of the Federal Republic of Yugoslavia at the 1998 tournament in France, along with Montenegro. At this tournament, they were grouped with Iran, the United States, and Germany. They defeated Iran and the United States with identical scores of 1-0 while tying Germany 2-2 in between those two games. This was good enough for second place in the group and a place in the knockout round of the tournament. Sinisa Mihajlovic, Slobodan Komljenovic, Predrag Mijatovic, and Dragan Stojkovic scored one of the team’s four goals in the group stage. In the Round of 16, Yugoslavia faced off with The Netherlands. After the Netherlands scored first, Komljenovic tied the match up in the 48th minute. Late in the match, however, the Netherlands scored a winner and advanced with a 2-1 victory. Despite this defeat, it was a successful debut as an independent nation, and Serbia has not done this well since.

For the first time in 2010 in South Africa, Serbia competed in a FIFA World Cup under the name of Serbia, as Serbia and Montenegro had split into their own nations. Now completely independent, they were grouped with Ghana, Germany, and Australia. They lost their first match to Ghana 1-0, upset Germany 1-0 in their second match, and fell to Australia 2-1 in their final match. Their one win was not enough to advance to the knockout phase of the tournament. Milan Jovanovic scored the winner against Germany, while Marko Pantelic scored in the loss to Australia.

After missing out in 2014, Serbia was back at the World Cup in 2018 in Russia. At this edition of the tournament, they were grouped with Switzerland, Costa Rica, and Brazil. They started off strong by defeating Costa Rica 1-0, but they fell in their next two matches to the Swiss (2-1) and Brazil (2-0). Aleksandar Kolarov scored the lone goal in the Costa Rica match, while Aleksandar Mitrovic scored in the Switzerland loss. For the third straight appearance, Serbia failed to advance out of the group stage. They will look to reverse this trend at the 2022 FIFA World Cup in Qatar.

Pages Related to How Many World Cups Has Serbia Won?