How Many World Cups Has Senegal Won? 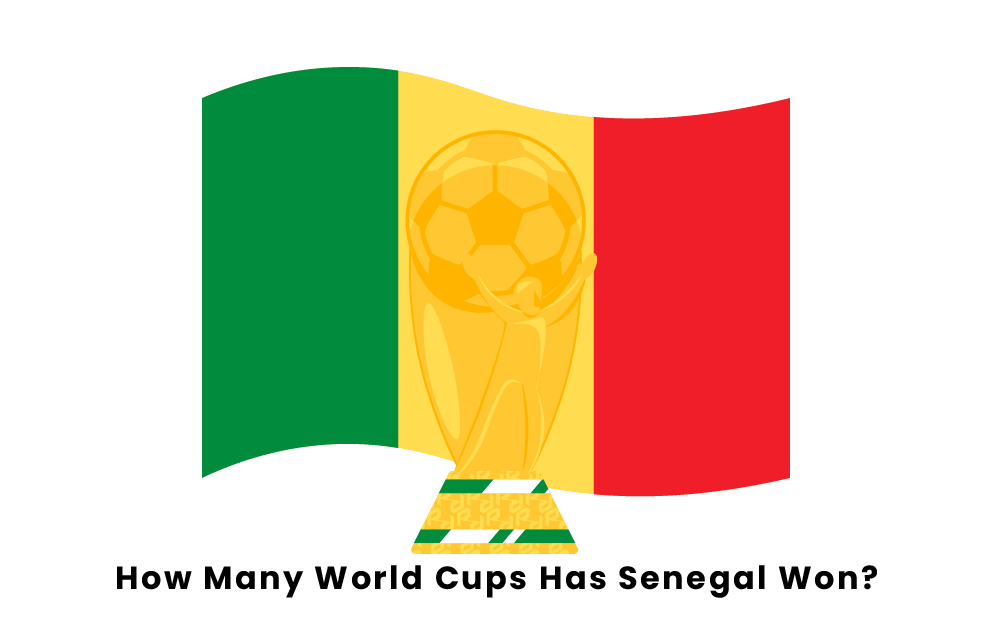 Senegal has never won a World Cup. On two occasions, the Senegal men’s soccer team has qualified for the men’s World Cup. They advanced to the quarterfinals in 2002 and were eliminated in the group stage in 2018. As for their women’s team, they have yet to qualify for a World Cup. Keep reading for a discussion of the men’s team’s two appearances in greater detail.

At the 2002 World Cup, jointly hosted by South Korea and Japan, Senegal made their first-ever appearance, and they certainly made it a memorable one. They were initially grouped with defending champion France, as well as Uruguay and Denmark. In one of the more memorable first World Cup matches for any team, Senegal defeated the defending champions 1-0. Their next two matches were ties, 1-1 against Denmark and an exciting 3-3 tie against Uruguay. These five points (three for a win, one for a tie) were enough to allow Senegal to advance to the knockout phase of the tournament. Bouba Diop scored three of Senegal's five goals during these matches, including the winner against France. Salif Diao and Khalilou Fadiga scored the other two goals for the team.

In their first knockout phase match, Senegal went up against Sweden. The Swedes took the lead in the 11th minute, but Henri Camara scored in the 37th minute to tie the match at 1. No one would score again in regulation time, so extra time was needed. Camara would score again in the 106th minute, and Senegal would hang on for the 2-1 win. Thus, in their first ever tournament, Senegal was in the quarterfinals. It was there that the journey ended, however, as they fell to Turkey 1-0 in extra time. Nonetheless, it was an extremely successful debut tournament for Senegal.

After missing out on the 2006, 2010, and 2014 World Cups, Senegal made their return at the 2018 edition of the tournament in Russia. Unfortunately for them, they could not quite replicate the magical run they made in 2002. Their group consisted of Poland, Japan, and Columbia.  In their first match of the group stage, they fell to Columbia 1-0. They defeated Poland 2-1 in their second match on the strength of a 61st-minute goal from Mbaye Niang in conjunction with an earlier own goal by Poland.

In their final match, they needed a win to advance to the knockout phase of the tournament, but they only managed to tie Japan 2-2. Sadio Mané, in the 12th minute, and Moussa Wagué, in the 71st minute, scored for Senegal in this draw. Senegal twice had leads of 1-0 and 2-1, but each time Japan came back and tied the match, with the final goal of the match coming in the 78th minute from Keisuke Honda. These four points were not enough to make it to the Round of 16. For the first time in their history, Senegal have made it to back-to-back World Cups, as they will look to replicate some of their 2002 magic at the 2022 World Cup later this year in Qatar.

Pages Related to How Many World Cups Has Senegal Won?