How Many World Cups Has Portugal Won? 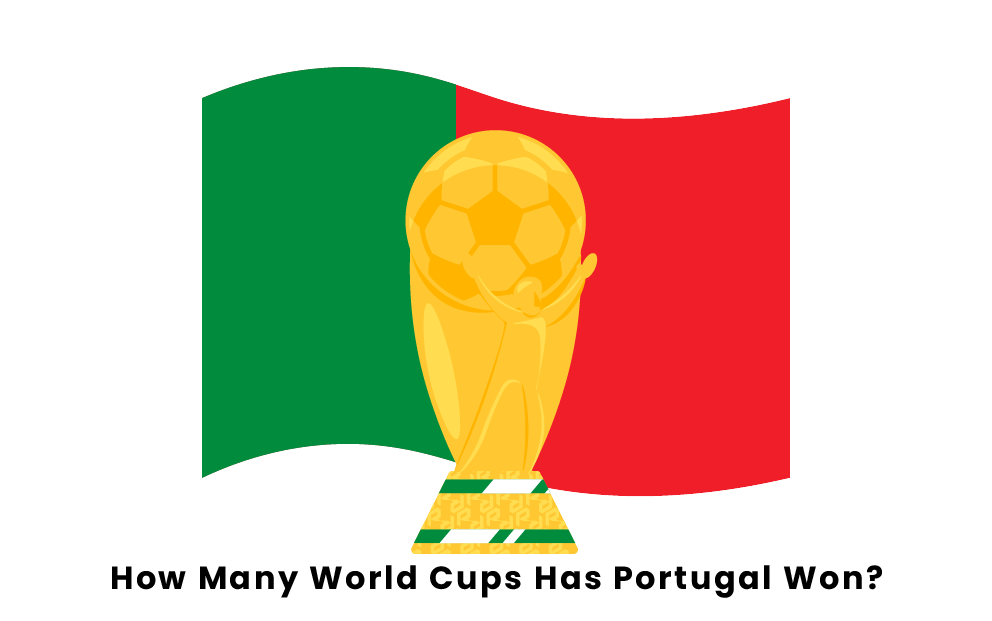 In recent years, Portugal has become quite the powerhouse. Portugal has qualified for every World Cup since 2002, advancing as far as fourth place, but that is not their highest finish ever. In 1966, they placed third, but they have never won the World Cup.

Portugal at the World Cup

Portugal has historically struggled to qualify for the World Cup, making it to only two of the first 15 World Cups (1966 and 1986) in which they were eligible. They have qualified for every World Cup since 2002 and haven’t looked back since.

Portugal’s first World Cup qualification came in 1966, when they finished third, which was their best finish. The Portuguese finished first in their group and faced North Korea in a 5-3 thriller quarter-final, but were defeated by the eventual champions, England. In the third place play-off, they won 2-1 against the Soviet Union. The pillar of the team, Eusébio, scored a total of nine goals during the tournament, winning the Golden Boot.

Ever since then, Portugal have been knocked out in the group stage three times (1986, 2002, and 2014), eliminated in the round of 16 twice (2010 and 2018), and finished fourth once (2006). At the 2006 World Cup, Portugal had a great team, featuring Luis Figo, Pauleta, Ricardo Carvalho, Cristiano Ronaldo, and many more. Thanks to their efforts, Portugal topped their group stage and defeated Netherlands and England in the round of 16 and quarter-finals, respectively. They went onto the semi-finals but were defeated by France and lost to Germany in the third place play-offs.

Although Portugal struggled in their early years, they have recently become a power to be reckoned with. With finishes of third in the 1966 World Cup; fourth in the 2006 World Cup; third in the 1984, 2000, and 2012 European Championship (Euro); and second in the 2004 European Championship, Portugal have endured numerous heartbreaks throughout their history.

In 2016, they finally won the European Championship under the leadership of Cristiano Ronaldo. Cristiano's debut in 2003 played an integral part in Portugal’s recent success; since then, Portugal has qualified for every World Cup and European Championship. After finishing third in their group, the Portuguese team’s chances were questioned. They didn’t let that affect them and faced Croatia in the round of 16, Poland in the quarter-finals, Wales in the semi-finals, and faced France in the finals. Their star player, Ronaldo, was injured in the 18th minute and was substituted out in the 25th minute. He stayed on the sidelines as their leader, cheering his team on. Portugal won their first-ever major international trophy as the game went into extra time, and Eder scored the game-winning goal in the 109th minute.

Founded in 1981, the Portugal Women’s National team has not had the most success but has been quite successful in recent years. The team reached its first major national tournament in 2017. Although they have never qualified for the World Cup, they’ve qualified for the European Championship twice, getting knocked out in the group stage both times.

The Portuguese Football Federation (FPF) hosts a tournament for the women’s national teams called the Algarve Cup. The Portuguese have competed every time and finished in an all-time high of third place. The Algarve Cup is a prestigious tournament and has been called a “Mini-World Cup”. The squad has finished in the top four or higher in the past four competitions, demonstrating their growth from previous years. The team is working hard in hopes of qualifying for the 2023 Women’s World Cup.

Pages Related to How Many World Cups Has Portugal Won?