How Many World Cups Has Poland Won? 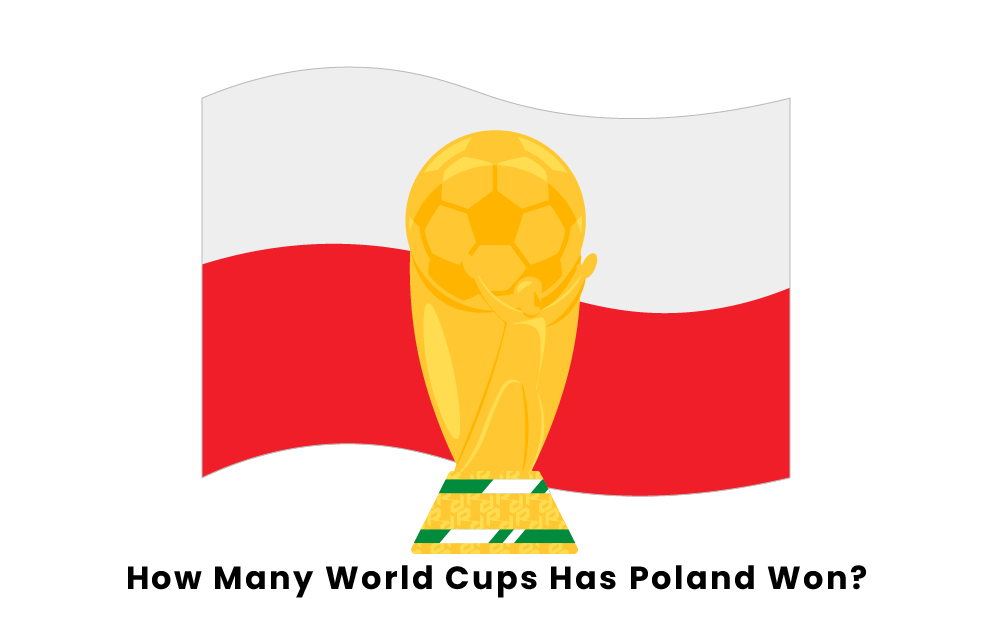 Throughout their long history, Poland has never won a FIFA World Cup. The Poland men’s soccer team has participated in eight FIFA World Cups. In those eight appearances, they have advanced out of the group stage on three occasions. As for the women’s team, they have unfortunately never qualified for the FIFA Women’s World Cup. The remainder of this piece will discuss the men’s team’s two best finishes in greater detail.

Prior to 1974, Poland had only qualified for one World Cup, and they had never advanced out of the initial group stage. That all changed at the West Germany World Cup in 1974. To begin their run, they were initially grouped with Argentina, Haiti, and Italy. The Poles won all three of their matches, heftily defeating Argentina 3-2, Haiti 7-0, and Italy 2-1.  This awarded them first place in their group and thus they made it to the second round for the first time in history. During these matches, Andrzej Szarmach (five goals) and Kaziminierz Deyna (four goals) led the way.

Rather than the knockout round system used today, the World Cup back then had a second round that included the four group winners and four group runners-up placed into two new groups of four. The two group winners would then play for the championship, while the two runners-up would play for third place. For this phase, Poland was grouped with Sweden, Yugoslavia, and their host, West Germany. The Poles defeated Sweden 1-0 and Yugoslavia 2-1 before falling to West Germany 1-0 in the final group game. This victory gave West Germany first place in the group, which carried them to the final match that they ultimately won. As for Poland, they finished their 1982 FIFA World Cup journey by narrowly defeating Brazil 1-0 in the match deciding third and fourth place.

At the 1982 World Cup in Spain, Poland would once again finish in third place. Their initial group consisted of Italy, Cameroon, and Peru. They began the tournament with back-to-back 0-0 ties against both Italy and Cameroon before handily defeating Peru 5-1. This was enough to win first place in their group, as their win over Peru was the only match that did not end in a tie in the entire group. This gave Poland entrance yet again to the second round of the tournament. In the Peru match, five different men scored a goal in the well-balanced win.

As was the case in 1974, the second round of the 1982 World Cup consisted of another group stage. This time, however, there were four groups, and the four group winners would all advance to the semi-finals. Poland’s group consisted of Belgium and the Soviet Union. They defeated Belgium 3-0 and tied the Soviets 0-0, so their goal differential was good enough to give them the group win. Zbigniew Boniek scored all three goals in the win over Belgium.

In the semi-finals, Poland was eliminated from championship contention by Italy, losing 2-0. They were thankfully able to rebound in the third-place match, defeating France 3-2. Andrzej Szarmach, Stefan Majewski, and Janusz Kupcewicz all scored within six minutes of each other to lead Poland to victory. Since 1982, Poland has yet to make it back to the semi-finals. They hope to once again repeat this feat at the 2022 World Cup in Qatar.

Pages Related to How Many World Cups Has Poland Won?