How Many World Cups Has Norway Won? 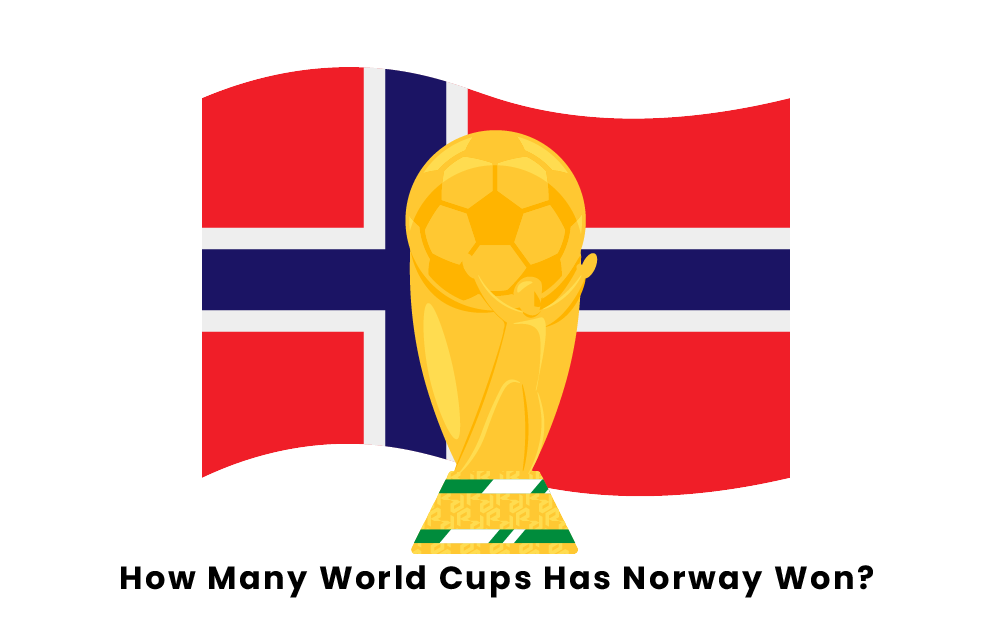 One of the first great teams at the Women’s World Cup, Norway has one World Cup championship in their history, along with one runner-up finish. Both of these top two finishes came in the first two editions of the women’s World Cup tournament, with Norway losing the championship match to the United States in 1991 before rebounding and defeating Germany in the final in 1995. On the men’s side, Norway has only qualified for three World Cups, and has yet to make a quarterfinal since the first tournament in 1930. The remainder of this article will focus on the women’s team and their two World Cup finals appearances in 1991 and 1995.

A full 61 years after the first Men’s World Cup in 1930, the first Women’s World Cup took place in China in 1991. To begin the tournament, Norway was in a group with host China, New Zealand, and Denmark. The tournament got off to a rough start for the Norwegians, as they were defeated 4-0 by China in their first game. They were able to bounce back in their next two games, however, as they were victorious against New Zealand and Denmark by scores of 4-0 and 2-1, respectively. This allowed them to finish second in their group behind China and advance to the knockout stage of the tournament. During these three games, they were led by Linda Medalen, who scored three of their six goals.

After advancing to the knockout stage, Norway was first matched up with Italy in the quarterfinals. Birthe Hegstad and Agnete Carlsen each scored in regulation time for Norway; however, Italy matched those goals with two of their own, and the match went to extra time. In the 96th minute, Tina Svensson scored the eventual winner, and Norway advanced to the semifinals with a 3-2 victory. In those semis, Norway had a much easier victory, defeating Sweden 4-1. After falling behind 1-0 early in the sixth minute, Norway scored the next four courtesy of goals from Svensson, Carlsen, and two from Medalen. This led them up to the World Cup Final against the United States. After the USA scored first, Madalen scored in the 29th minute to tie the match at one. The score remained the same until the 78th minute, when Michelle Akers scored her second of the match, and the USA won the first women’s World Cup by a score of 2-1. Despite this heartbreak, Norway would bounce back in a big way four years later.

The second edition of the Women’s World Cup took place in Sweden, Norway’s neighbor to the east. Playing very close to home likely helped Norway out, and to start the tournament, they were grouped with Nigeria, Canada, and England. The Norwegians absolutely dominated this group, scoring 17 goals and not allowing any in the three games. The only relatively close match was England, whom they defeated 2-0. Four players had at least two goals for Norway during these three games, led by five goals from Ann Kristin Aarønes. Obviously, Norway were the winners of this group, and advanced to the knockout stage.

In the quarterfinals, Norway was matched up with Denmark, and they cruised to an easy victory by a score of 3-1. Norway scored the first three goals of the match thanks to Gro Espeseth, the aforementioned Linda Medalen, and Hege Riise. Next, in the semis, Norway faced off with the United States in a rematch of the 1991 final. This time, it was Norway who came out on top with a 1-0 victory, thanks to a goal from Aarønes in the 10th minute.

After exacting their revenge on the Americans, Norway went up against Germany in the World Cup Final. Riise and Marianne Pettersen scored for the Norwegians in a 2-0 victory, and they claimed their first and, to this date, their only World Cup title. While Aarønes certainly received a lot of headlines thanks to her team-leading six goals–among them the only goal in their semifinal victory over the United States–this was absolutely a well-balanced team, with nine players scoring a goal throughout the tournament.

Pages Related to How Many World Cups Has Norway Won?