How Many World Cups Has Mexico Won? 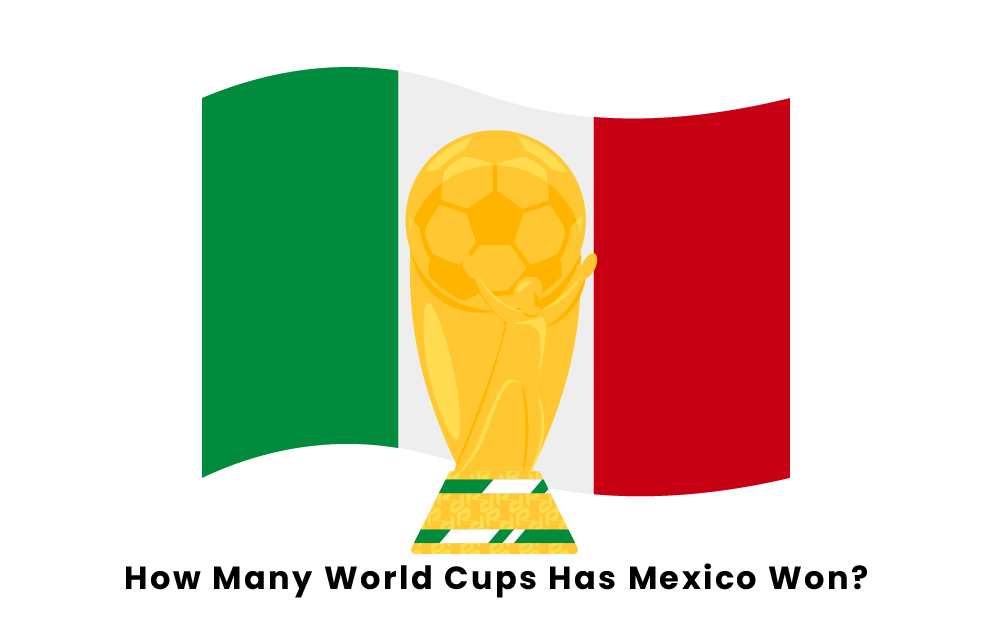 Mexico is one of the most soccer-crazed countries in the world. Athletes who step on the pitch are famous to all sports fans, and the game is taught from a very young age. Although soccer is a major part of Mexican culture, fans might be surprised to learn that Mexico has never won a World Cup. However, they have come close several times. Keep reading below to learn more about Mexico’s history at the World Cup.

At the 1970 World Cup, Mexico’s men’s national team had qualified for five consecutive cups, but they could never get out of the group stage. That would all change in 1970 when the team made their best run since the inception of the World Cup. They had a draw with Russia in their first game before defeating El Salvador and Belgium in games two and three, advancing them to the quarterfinals. Unfortunately, the team ran into a superior squad, losing 4-1 to Italy, who would end up going all the way to the championship podium.

Over the next three World Cups, Mexico only qualified once, but their 1978 performance can be forgotten as the country’s worst showing at the World Cup ever. In 1986, things began to turn around, as the national club won two of its three games in the group stage to advance to the Round of 16. There, they defeated Bulgaria 2-0 to move on to the quarterfinals. Once again, this level of the tournament was their downfall. Mexico lost 4-1 on penalty kicks to a West Germany club that would go all the way to the final match.

After their defeat in 1986, the Mexican team failed to qualify in 1990, their last time doing so. Since the 1994 World Cup, Mexico has qualified for the tournament eight straight times, though they have developed a very consistent trend. The team has been eliminated in the Round of 16 in each of the past seven World Cups, as they have been unable to take their game to the next round.

Mexico’s best chance came in 2014 when they were a popular pick to make a championship run and started out strong. They bested Cameroon 1-0 in their first match and took a 3-1 victory over Croatia in match number three after drawing with Brazil. Nevertheless, the national team was taken down in the Round of 16 by the Netherlands in a 2-1 match that was tightly contested.

On the women’s side, Mexico’s national soccer team has not been as successful. They have made three World Cup appearances, with their most recent coming in 2015. They drew their first match in the group stage with Colombia, but could not earn a win. They lost 5-0 to France, resulting in their elimination from the tournament. The women’s national team has never won a World Cup match.

Pages Related to How Many World Cups Has Mexico Won?