How Many World Cups Has Italy Won? 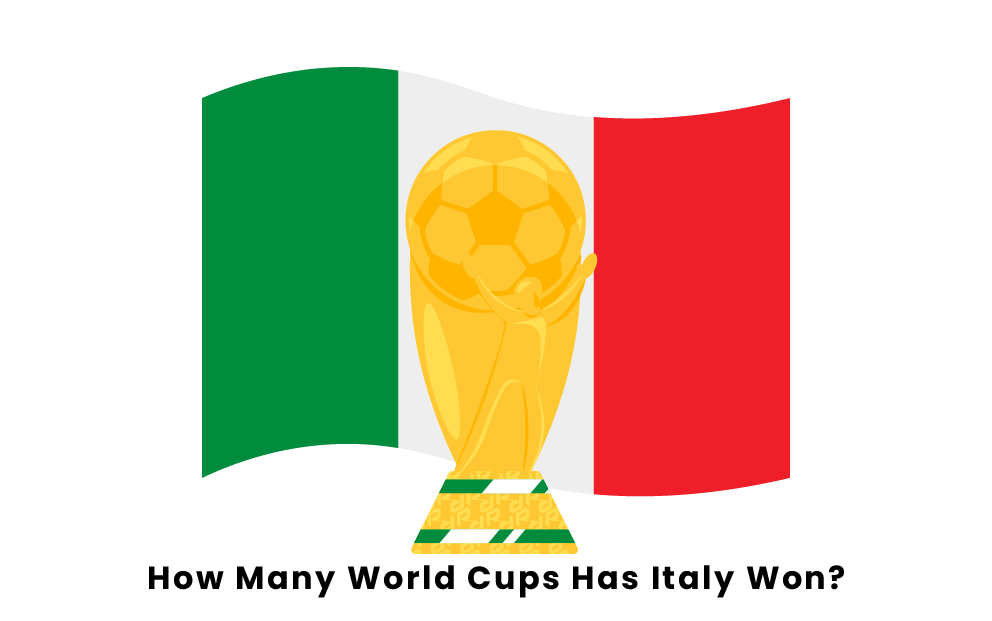 After not participating in the inaugural 1930 World Cup in Uruguay, the Azzurri went on to win two World Cups back to back, in 1934 and 1938. Led by legendary head coach Vittorio Pozzo, the Italians achieved a feat that only Brazil has been able to repeat in 1958 and 1962.

As host of the tournament, the Italian national team dominated the scene in 1934. As the group stage had been removed, Italy played the first game in the round of sixteen, where they knocked out the United States with a 7-1 win. The Azzurri then defeated Spain in the quarterfinals and Austria in the semifinals before beating Czechoslovakia in extra time in the final.

After a 44-year hiatus, the Italian Men’s national team became world champion again in 1982. After years of disappointments, Italy reached the 1982 World Cup as one of the favorites. Despite counting on a squad with superstars such as Paolo Rossi, Gaetano Scirea, and Dino Zoff, Italy struggled in the initial stages of the tournament.

Italy was not able to win a single group stage game, tying against Cameroon, Peru, and Poland, but still made it to the second group stage. There, the Azzurri switched on and earned marquee wins against Argentina and Brazil. The games against the two South American giants have gone down in history as two memorable games in Italian soccer history. The Azzurri put on two great defensive performances, while Paolo Rossi went down in history for his hat trick against Brazil. Italy then went on to win 2-1 against Poland in the semifinals before getting a dominant 3-1 win against West Germany in the final.

The win in 1982 was followed by another cycle of heartbreak in the World Cup for Italy. The Azzurri lost in the first round in 1986 and then in the semifinal in 1990 as the host team. In 1994, Italy reached the final and lost in the penalty shootout against Brazil. Another penalty shootout loss followed in 1998, as France eliminated Italy in the quarterfinals. Another disappointing elimination followed in 2002, as Italy lost against South Korea in the round of sixteen.

The years of disappointing losses saw Italy starting the 2006 World Cup as one of the underdogs. However, the Azzurri quickly started dominating the scene and only conceded one goal (an own-goal in the second game of the group stage) on their road to the final. After winning against Ghana and the Czech Republic in the group stage, Italy beat Australia, Ukraine, and the host team, Germany, to get to the final. The Azzurri beat France in the final in a dramatic 5-3 penalty shootout.

Pages Related to How Many World Cups Has Italy Won?