How Many World Cups Has India Won? 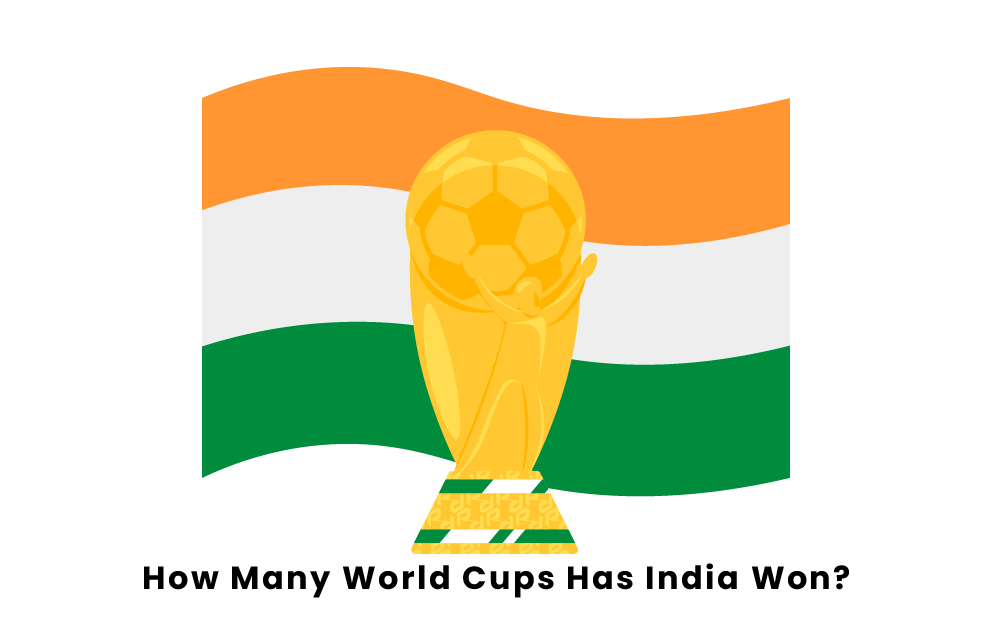 When most sports fans think of India and the World Cup in the same sentence, their minds go to cricket. While the subcontinent has been one of the best in the sport of wickets and bats, its success in the FIFA World Cup has been much less proficient. Neither the men’s or women’s national teams have ever won a World Cup, and neither side has even qualified for a World Cup in the event’s history. Keep reading below to learn more about India’s men’s and women’s soccer teams.

India’s men’s national team began its international rise in the 1950s. They repeated as gold medalists at the 1951 and 1952 Asian Games, and in 1956 they qualified for the Summer Olympics. They weren’t quite able to capture another gold, but they did finish fourth at those Games, establishing them as one of Asia’s soccer powerhouses. Their effort in 1956 marked the first time an Asian nation had ever reached the semifinals of an international tournament. They maintained a high level of success going into the sixties, winning a third gold in the Asian Games in 1962 and finishing fourth in the 1964 AFC Asian Cup, their first appearance in the tournament.

After the decade, the team sharply declined, disappearing from the top of international competitions. In 1993, a new tournament hosted by the South Asian Football Federation, or SAFF, was founded, and India won the title in its inaugural year. They would go on to win again in 1997 and 1999.

More recently, the team has fallen on hard times. After the turn of the century, they began facing a number of struggles, and the club made several coaching changes during this time. They did win the SAFF Championship again in 2011 but failed to compete in many other large-scale Asian tournaments. However, the team has been trending upwards in recent years, as for the first time in history, they have qualified for back-to-back AFC Asian Cups (2022 and 2023).

The Indian women’s national team has followed a similar rollercoaster model of success as the men’s team. From the mid-1970s to the early 80s, they were one of the best clubs in Asia, routinely competing in several international competitions. They finished as runners-up at the 1979 AFC Women’s Asian Cup and repeated their silver effort in 1983. They also finished third in the tournament in 1981, highlighting a golden era of women’s soccer in the country.

However, the next few decades were not so friendly to the Blue Tigresses. They failed to qualify for the women’s World Cup multiple times after its inception in 1991, and although they did make it to the Asian Games in 1998, they were clearly outmatched. They lost their second game 1-13 against Chinese Taipei, and in their third match, they faced the largest defeat in the history of the event, losing 0-16 to China. They made it back to the Asian Games in 2003 but lost 0-12 to China to get knocked out of the tournament.

Recently, the team has been on an upswing. In 2010, the SAFF introduced a women’s championship, and India’s national team won the event four times in a row from 2010-2016. They also won gold at the SAFF Championship in 2019, capping off a very impressive decade. The club also recorded major successes in the South Asian Games, taking home the gold medal in 2010, 2016, and 2019.

Pages Related to How Many World Cups Has India Won?