How Many World Cups Has Germany Won? 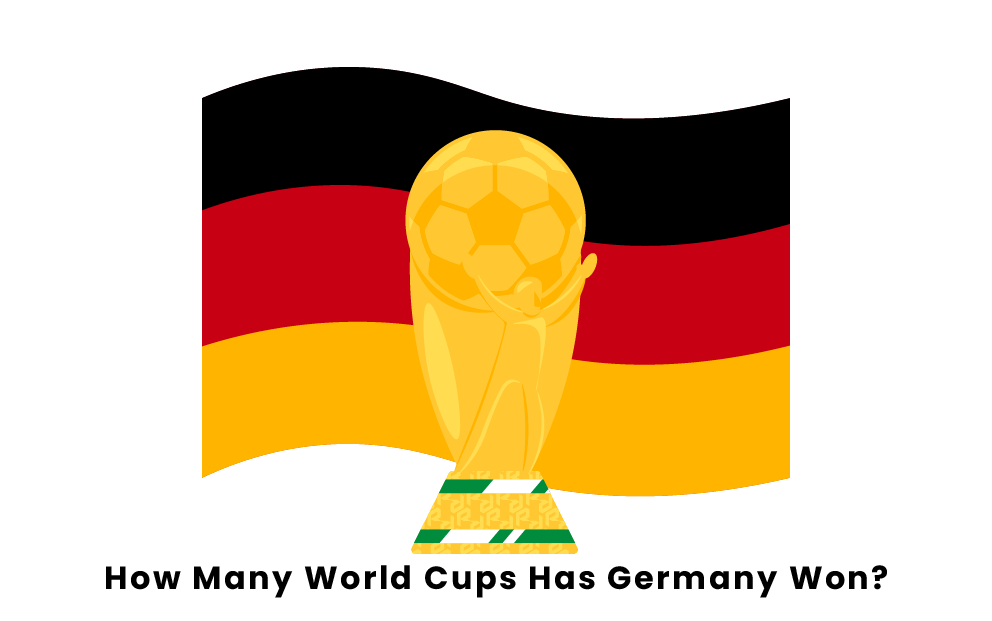 Soccer is as big in Germany as it is anywhere else in Europe. The country is home to top professional clubs and has millions of players; their passion for the sport is respected worldwide. On the women’s side, the national team has been very successful in international play, winning two World Cups in the 31-year history of the event. For the men, the national team has been even better, recording four World Cup wins in the past 92 years. To learn more about Germany's World Cup wins, keep reading below.

In just the fifth men’s World Cup ever, Germany broke through, defeating Hungary 3-2 to take home their first win as a country. The win is still seen as one of the greatest upsets ever in the World Cup finals. Representing West Germany, the club was made up of semi-professional soccer players, many of whom had other regular jobs they worked at when they weren’t on the pitch. The country was still dealing with the aftermath of World War II, but when the West Germany squad raised the trophy in Switzerland, the match was titled “The Miracle of Bern.”

Germany returned to the championship match in 1966, but it wasn’t until 20 years after their first victory that they were able to capture title number two. Once again representing West Germany, this version of the national team came in with much higher expectations. They were favorites to win it all before the World Cup started, thanks to winning the European Championship two years earlier, and they delivered on those odds, taking down the Netherlands 2-1 in the final.

The 1980s were a great decade for German soccer, as the men’s national team made the World Cup finals in 1982 and 1986, only to lose both matches. However, the team returned for a third-straight time in 1990, and this time they would not be deterred. In the 85th minute of their match against Argentina, German forward Rudi Voller was taken down in the box. The referees signaled for a penalty kick, and Voller delivered the only goal of the match to secure a 1-0 victory for the West German club, giving Germany their third World Cup title.

The women’s national team had made the championship match in 1995, but for the first time in 2003, they were crowned World Cup champions. Birgit Prinz, a forward for the team, won both the Golden Boot and Golden Ball awards for her performance in the World Cup. However, it was fellow teammate Nia Kunzer who would score the deciding goal in the final match. Kunzer’s goal, scored in extra time, marked the first time a World Cup finals match ever had been decided on a “golden goal” as she and her team bested Sweden 2-1.

After winning the World Cup in 2003, the women’s team was not done. They made it back to the championship the following World Cup in 2007 and repeated as world champions. It was one of the most dominant runs in World Cup history, with German goalkeeper Nadine Angerer not allowing a single goal in the entire tournament, culminating in a 2-0 shutout of Brazil.

After the women’s team won back-to-back titles, it was time for the men to reclaim their spot atop the soccer world. In 2014 they went all the way to the final match and were victorious, beating Argentina 1-0. German goalkeeper Manuel Neuer won the Golden Glove award, and the German squad was able to get an extra-time goal from Mario Gotze to win World Cup number four for the men’s team and number six for the country.

Pages Related to How Many World Cups Has Germany Won?