How Many World Cups Has France Won? 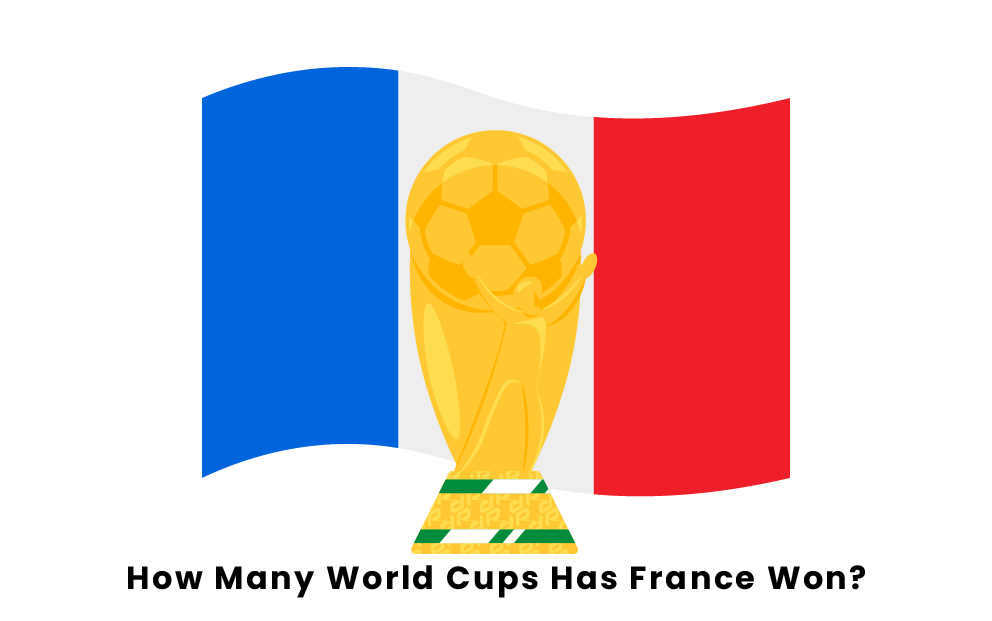 The 1998 title was extra special for the French team, as they were the host nation, so they got to win the championship in front of their home fans. At the start of the tournament, France was in a group with Denmark, South Africa, and Saudi Arabia. The French were able to win their group and advance to the knockout stage without much trouble, defeating Saudi Arabia 3-0, South Africa 4-0, and Denmark 2-1. During these three matches, the French were led by a young Thierry Henry, who scored three of their nine goals.

Once they advanced to the knockout round, the French were first matched up against Paraguay. The game was 0-0 after 90 minutes and had to go to extra time when Laurent Blanc scored the winner in the 114th minute of the match, and France held on for the 1-0 win. In the quarter-finals, France faced perennial World power Italy, and the match once again was 0-0 after 90 minutes. This time, no one scored in extra time either, and the match had to go to a penalty shootout. Each team made three of their first four penalties, but in the fifth and final round, Blanc converted for France and Luigi Di Biagio missed for Italy, allowing France to advance 4-3 on penalties.

In the semi-finals, they defeated Croatia 2-1 on the strength of two goals from Lilian Thurman. Lastly, in the final, France faced another world power and defending World Cup champion Brazil. This did not deter France, however, and thanks to two goals from all-time great Zinedine Zidane and a late one from Emmanual Petit, France cruised to a 3-0 victory, and they raised the World Cup trophy in their home country. This French team was well-balanced and won thanks to contributions from several different players, as evidenced by the number of players mentioned above.

In the 2018 World Cup in Russia, the French were once again able to come out on top. This time in the group stage, the French were paired with Denmark, Australia, and Peru. While they did not win all three matches, they were still able to win their group and advance to the knockout stage. They defeated Australia 2-1 and Peru 1-0 before tying Denmark 0-0 in the final match of the group stage. Since France had two wins and one tie while Denmark had one win and two ties, France was the group winner. France’s three total goals were scored by Kylian Mbappe, Antoine Griezmann, and Aziz Behich.

In the first match of the knockout stage, France defeated all-time great Lionel Messi and Argentina in an exciting 4-3 match. Throughout the match, France was up 1-0, down 2-1, and up 4-2 before hanging on for a 4-3 win. Griezmann scored once, Mbappe scored twice, and Benjamin Pavaard scored his first of the tournament. The quarter-final round saw France match up with Uruguay, and thanks to goals from Griezmann and Raphael Varane, France advanced by a score of 2-0. In the semis, the French were victorious over Belgium 1-0, thanks to Samuel Umtiti’s first goal of the tournament.

Lastly, the World Cup final was contested between France and Croatia, and the French came out on top 4-2. While the first French goal was a Croatian own goal, the last three were scored by Griezmann, Mbappe, and Paul Pogba. While they were not quite as balanced as their 1998 counterparts, with Griezmann and Mbappe clearly leading the way, the 2018 squad still got contributions from a few different team members and was able to win the title.

Pages Related to How Many World Cups Has France Won?