How Many World Cups Has England Won? 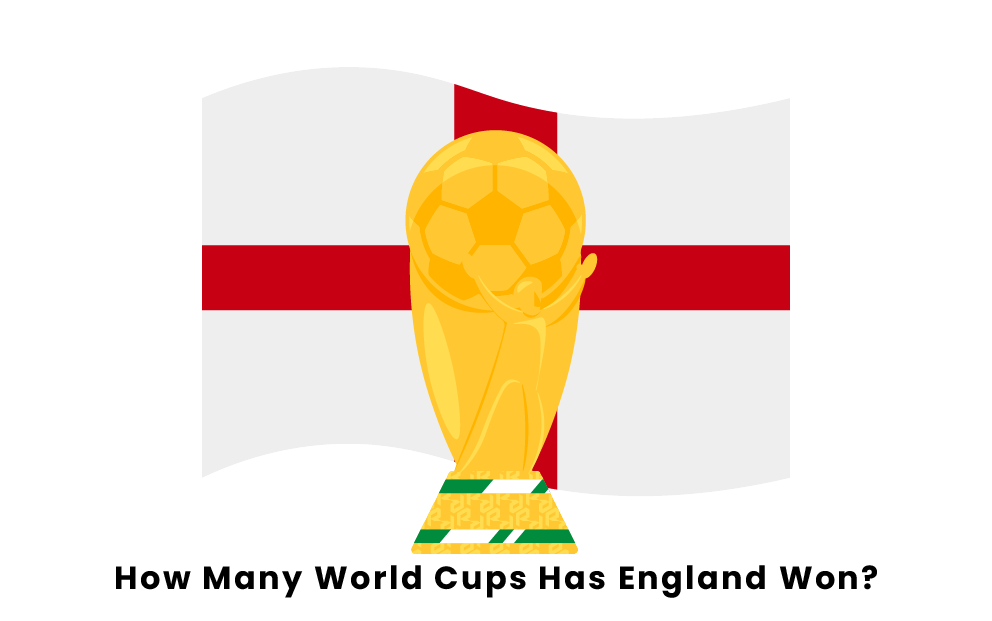 Over the years, England has had some very talented soccer teams. On the men’s side, despite all of this talent, the team has only managed to win one World Cup since the tournament began in 1930. On the women’s side, the English have yet to make a World Cup final since the first edition in 1991. In particular, England has suffered some heartbreaking losses over the years on the men's side. Some of those heartbreaks are discussed below, along with their win in 1966.

England’s lone World Cup triumph was a special one for the nation, as it came in 1966 when England was the host nation. Thus, they got to lift the trophy in front of their home fans. At the start of the tournament, England was grouped with Uruguay, Mexico, and France. They started the tournament by tying Uruguay 0-0 before defeating Mexico and France by identical scores of 2-0. Since England finished the group with two wins and one tie while Uruguay had one tie and two wins, England was the group winner and advanced to the knockout round. During these matches, the English were led by Roger Hunt, as he scored three of their four total goals.

In the quarterfinal and first knockout match, England faced Argentina. The match was 0-0 until the 78th minute when Geoff Hurst scored the eventual winner, and England held on for a 1-0 win. In the semis, England was met by Portugal, and Bobby Charlton scored both goals for England in their 2-1 win to advance to the final. The final challenger for England was a strong West German side. West Germany scored first early before Hurst tied the match up in the 18th minute. Martin Peters scored his first goal in the 78th minute to give England the advantage. However, Wolfgang Weber tied the match up for West Germany at the very end in the 89th minute. The match went into extra time, but it was all England from there. Hurst scored two times in the 30-minute extra period, and England claimed their first and still only World Cup with a 4-2 win. To this date, Geoff Hurst is still the only man to score a hat trick in a World Cup final. Overall, thanks to the goal-scoring prowess of Hurst, Charlton, and Hunt, the English were able to claim victory on their home turf.

The English men might have one or two more World Cup victories if it were not for their terrible luck in penalty shootouts. They are tied with Spain and Italy for the most shootout losses in World Cup history with three. They lost by penalties to Portugal in the 2006 World Cup quarterfinals, Argentina in the 1998 Round of 16, and in the semifinals to West Germany in 1990. That semi-final shootout loss to West Germany is the closest England has come to a World Cup final since their 1966 victory. In the 2018 World Cup, the English were able to exercise some of their shootout demons, as they defeated Columbia in the Round of 16 by penalties. Unfortunately, they lost to Croatia 2-1 in the semifinals in regulation time.

Pages Related to How Many World Cups Has England Won?