How Many World Cups Has Ecuador Won? 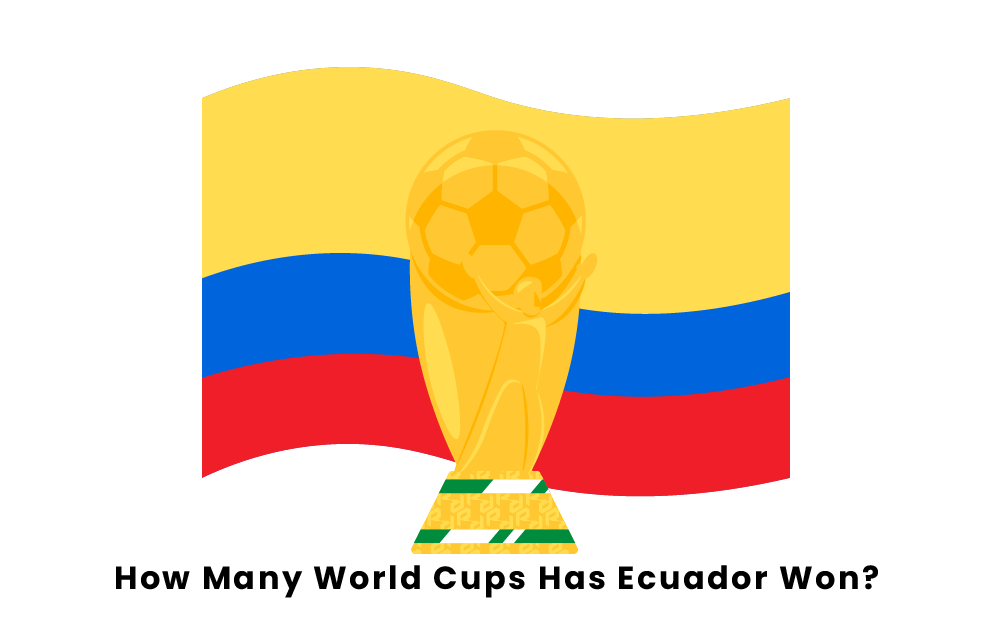 As of 2022, Ecuador has not won a World Cup. Between its men’s and women’s teams, Ecuador has made four World Cup appearances, three for the men and one for the women. The women’s lone appearance did not go well at all in 2015, as they lost all three group stage matches and were outscored 17-1. The men’s team has had a little more success, advancing out of the group stage one time, in 2006. The remainder of this article will focus on all three of those appearances.

In 2002, Ecuador made their first-ever appearance at a World Cup, taking part in the event, which was jointly-hosted by Korea and Japan. Their first World Cup group consisted of Italy, Mexico, and Croatia. In their first-ever match, world power Italy defeated Ecuador 2-0. The Mexico match was a little more successful, as Augustín Delgado scored Ecuador’s first-ever World Cup goal to give them an early lead in the fifth minute. Mexico scored the next two goals, however, and won the game 2-1. In their final match of the tournament, Ecuador got their first World Cup win, beating Croatia 1-0 thanks to a 48th-minute goal from Edison Mendez. While Ecuador did not do enough to advance to the knockouts, it was still a tournament of firsts, and they were set up for more success in 2006.

Ecuador made their second straight World Cup appearance in 2006, at the tournament hosted in Germany. This time, they were grouped with Poland, host Germany, and Costa Rica. They defeated Poland 2-0 and Costa Rica 3-0 before falling to the Germans 3-0 in their final group match. Their two wins were good enough for second in the group, and Ecuador was into the knockout phase of the tournament for the first time. Carlos Tenorio and the aforementioned Augustín Delgado each scored twice during these three matches, so they had four of Ecuador’s five group stage goals.

In their first-ever knockout stage, Ecuador went up against a talented English squad. The Ecuadorians hung on and played a solid match, but England ultimately won 1-0 thanks to a 60th-minute goal from all-time great David Beckham. To date, this is Ecuador’s only knockout round match, but they did make one additional appearance at the World Cup in 2014.

In their third, and to this point last, World Cup appearance, Ecuador made it to the Brazil edition of the tournament in 2014. Honduras, France, and Switzerland made up Ecuador’s group. The Swiss knocked off Ecuador 2-1 in their first match before Ecuador defeated Honduras by the same score in their next match. In their final group stage match, they tied France 0-0, but unfortunately, they had not done enough to get themselves to the knockout phase of the tournament. Enner Valencia was the star for Ecuador in this tournament, scoring all three of their goals.

Pages Related to How Many World Cups Has Ecuador Won?