How Many World Cups Has Denmark Won? 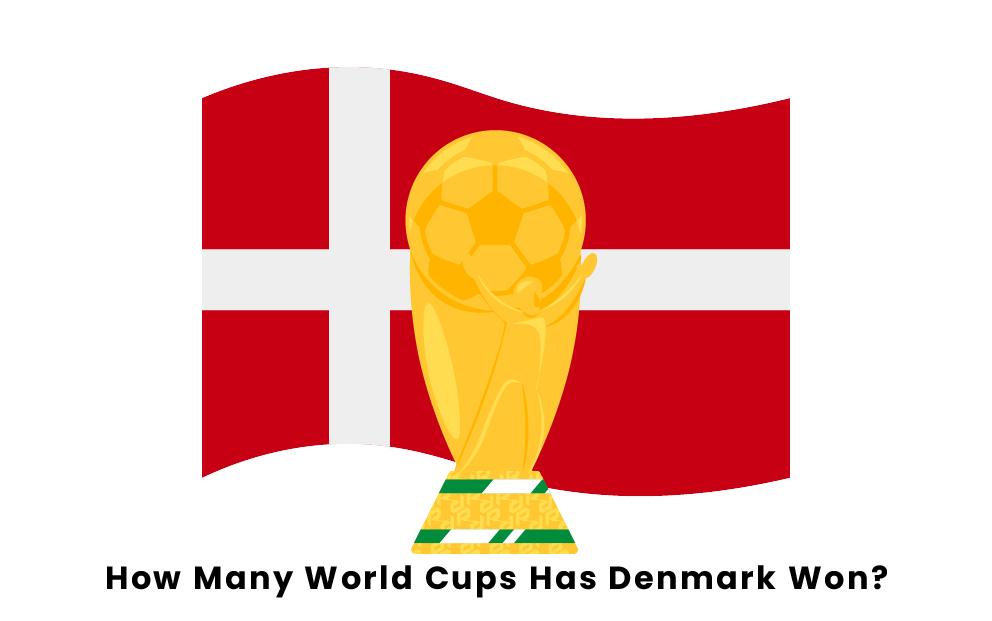 While they have not had as much success lately, the Denmark women’s soccer team had some initial success at the first couple of World Cups. In 1991 and 1995, the first two Women’s World Cups, the Danish made the quarterfinals. Since then, they have yet to make it out of the group stage. On the men’s side, Denmark has never reached the quarterfinals in their five appearances. The remainder of this article will discuss the women’s team’s two quarterfinal runs in 1991 and 1995.

In 1991, the first FIFA Women’s World Cup took place in China, 61 years after the first FIFA men’s World Cup in 1930. Denmark took part in this tournament, and they began in a group with New Zealand, China, and Norway. They started off the tournament by defeating New Zealand 3-0, and then they tied China 2-2 in the next game. In the final group stage match, the Danish fell to Norway 2-1. The three points Denmark obtained in these matches (two for a win, one for a tie) gave them third place in their group, and because they were one of the two best third-place teams, they made it to the knockout stage of the tournament. Helle Jensen led the Danish side in these three matches with two goals scored out of their seven total.

In the quarterfinal round, Denmark faced off with a powerful German team. After Germany went ahead 1-0, Susan Mackensie tied the match up in the 25th minute. The match stayed that way through regulation time, so extra time was required. It was here where Germany went ahead for good, taking the lead in the 98th minute and hanging on for the 2-1 victory. Thus, Denmark was eliminated from the first World Cup, but they would look to build on that momentum in the next World Cup.

The Women’s World Cup in 1995 took place in Sweden, so the Danish team was playing relatively close to home. They were grouped with China, the United States, and Australia to start the World Cup. Denmark started off great, beating Australia 5-0, but the United States beat them 2-0 in their next match. Their last group match against China again ended in defeat, this time by a score of 3-1. Despite their one win and two losses, they were able to advance to the quarterfinals for the second straight tournament thanks to being one of the two best third-place teams. Gitte Krogh was the only member of the Danish side to score multiple goals in these three matches, scoring two of the team’s six goals.

Once again, the Danish were eliminated in the quarterfinals, this time at the hands of eventual champion Norway. It was a relatively easy victory for Norway, as they scored the first three goals of the match. Krogh scored in the 86th minute to get Denmark on the board, but it was not enough, and Norway advanced by a score of 3-1. While Denmark has not had this level of success at a World Cup since 1995, we shall see if they can have a better tournament in 2023 at the World Cup being jointly hosted by Australia and New Zealand.

Pages Related to How Many World Cups Has Denmark Won?