How Many World Cups Has Costa Rica Won? 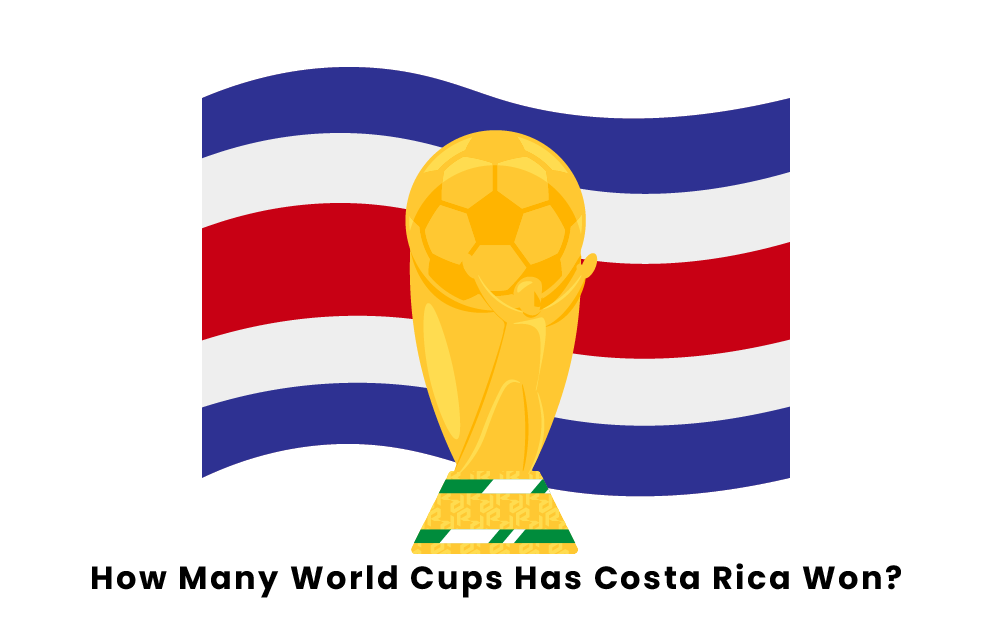 Throughout its history, Costa Rica has had very little success at the FIFA World Cup. On the men’s side, they have only qualified for five of the 21 World Cups. On the women’s side, they have only made one appearance in the eight editions, and they did not make it out of the group stage. On two occasions, the men’s team has managed to advance out of the group stage. The remainder of this article will focus on those two instances.

In 1990, Costa Rica qualified for the men’s FIFA World Cup for the first time, and they were quite impressive for a debut team. Their initial group consisted of Brazil, Scotland, and Sweden. In their first-ever World Cup match, Costa Rica defeated Scotland 1-0 thanks to a goal from Juan Cayasso in the 49th minute. In their next match, they gave powerhouse Brazil a great game before ultimately falling 1-0, and then they finished the group stage off by defeating Sweden 2-1. Their two wins were good enough for second in the group behind Brazil, and Costa Rica was into the knockouts in their first appearance. Cayasso, Roger Flores, and Hernan Medford scored Costa Rica’s three group stage goals.

In the round of sixteen match, Costa Rica went up against a tough Czechoslovakia squad and did not fare well. Ronald Gonzalez scored in the 55th minute to avoid a shutout, but that was the only positive thing about the match for Costa Rica, and they were defeated resoundingly by a score of 4-1. Despite this defeat, it was still a successful World Cup debut for the Costa Ricans, and they would not have this same type of success for 24 years.

Costa Rica had their most successful World Cup to date in the 2014 edition that took place in Brazil. To start the tournament, they competed in a group with England, Uruguay, and Italy. They defeated Uruguay 3-1 and Italy 1-0 before tying England 0-0 in the final group stage match. Joel Campbell, Oscar Duarte, Marcos Urena, and Bryan Ruiz scored their four group stage goals. These results were good enough to give Costa Rica its first-ever first-place group finish at a World Cup, and they were into the knockouts for the first time since 1990.

This time, in the round of sixteen, Costa Rica faced off with Greece, who were making their first-ever appearance in the knockout stage. Ruiz scored first to give Costa Rica a 1-0 lead in the 51st minute, but Greece tied the match up in stoppage time to send the game to extra time. No one scored in the 30-minute extra period, so a penalty shootout was required to determine who advanced. Costa Rica won this shootout 5-3, and they were into the World Cup quarterfinals for the first time. Here, they went up against a talented Dutch squad. No one scored in regulation or extra time, so for the second straight match, Costa Rica played a penalty shootout. This time, however, they lost the shootout 4-3 and were eliminated from the tournament. While it was a heartbreaking way to lose, this was still Costa Rica’s most successful World Cup run to date. They have qualified for the 2022 edition in Qatar, so they will look to continue to show improvement on the biggest stage.

Pages Related to How Many World Cups Has Costa Rica Won?