How Many World Cups Has Canada Won? 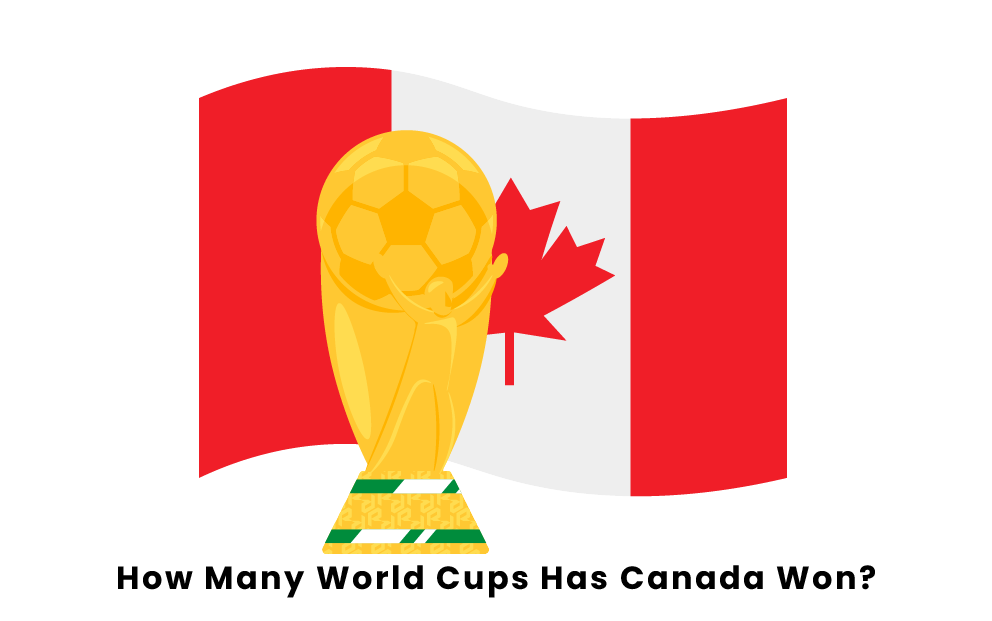 Throughout its history, Canada has not had much success in the world of soccer. On the men’s side, Canada has only qualified for two World Cups in 1986 and 2022, and they have not won a single match in the tournament. On the women’s side, they have had a little more success. They have qualified for every World Cup since 1995, and their best finish was fourth place in 2003. They also reached the quarterfinals in 2015.

At the 2003 World Cup in the neighboring United States, Canada had their most successful tournament to date. They were grouped with Germany, Japan, and Argentina to begin the World Cup. Germany was a tough matchup in the opener for Canada, and they were defeated 4-1. However, they bounced back in their next two games and defeated Argentina 3-0 and Japan 3-1. These two victories gave Canada second place in the group and allowed them to advance to the tournament’s knockout stage. In these three games, the Canadians were led by Christine Latham, who scored three of their seven goals.

In the tournament’s quarterfinal round, Canada faced China, who had just finished second at the previous World Cup in 1999. However, Canada was able to defeat the Chinese by a score of 1-0, thanks to a seventh-minute goal by Charmaine Hooper. This gave Canada their first, and, to this date only, World Cup semi-final appearance at a men’s or women’s World Cup. In the semi-final match, Canada faced Sweden. Canada went on top 1-0 in the 64th minute thanks to a goal from Kara Lang, but Sweden scored twice before regulation ended and defeated the Canadians 2-1. This led to the third-place match, where Canada faced a United States team devastated after losing in the semi-finals on their home turf. The Americans were able to pull off a 3-1 victory, so Canada had to settle for fourth place. Nonetheless, it was still a successful tournament run for the Canadians.

In 2015, the Women’s World Cup took place in Canada, so the hosts definitely wanted to have a successful tournament in front of their home fans. Their initial group consisted of China, New Zealand, and the Netherlands. As is customary, the hosts played the very first game of the tournament, and the Canadians defeated China 1-0 on the strength of a last-minute goal from Christine Sinclair in the first minute of stoppage time. In the next two matches, Canada tied New Zealand 0-0 and the Netherlands 1-1, with Ashley Lawrence scoring the goal in the Netherlands match. The five points Canada obtained from these matches (three for a win, one for each tie) were good enough to give Canada first place in their group, and they advanced to the knockout round.

For this tournament, there were sixteen teams in the knockout round instead of eight, so there was one additional round for the teams to play. In this round of sixteen match, Canada went up against Switzerland. In another low-scoring match, Canada took down the Swiss 1-0 thanks to a 51st-minute goal from Josee Belanger. The next opponent for Canada was a talented England squad, and Canada quickly fell behind 2-0 within the first fifteen minutes. Sinclair scored in the 41st minute to make it closer, but England ultimately hung on for a 2-1 victory. Thus, the hosts were eliminated in the quarterfinals, but it still was their second-best finish to date.

Pages Related to How Many World Cups Has Canada Won?