How Many World Cups Has Belgium Won? 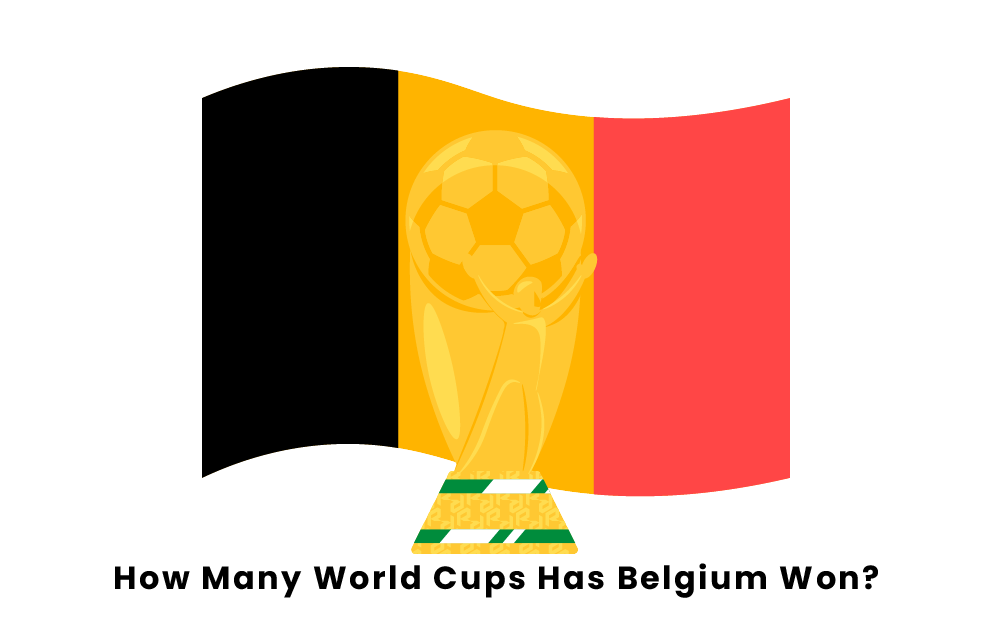 To date, Belgium has yet to win a men’s World Cup, as their best finish is their third-place finish at the World Cup in 2018. The only other time the team made the semi-finals was in 1986 when they finished in fourth place. On the women’s side, Belgium has never qualified for the World Cup. The remainder of this article will focus on Belgium’s two semi-final appearances in 1986 and 2018.

To start out the 1986 World Cup in Mexico, Belgium was grouped with host Mexico, Paraguay, and Iraq. They started off the tournament losing to the hosts by a score of 2-1 before rebounding with a 2-1 victory over Iraq. In the final match of the group stage, Belgium did enough to advance to the knockout stage by tying Paraguay 2-2 and being one of the top four third-place group finishers. Belgium was extremely well-balanced in these three games, as their five goals were scored by five different players.

In the Round of 16, Belgium was matched up with the Soviet Union, and they won a high-scoring affair 4-3. After regulation time, the match was 2-2, with Enzo Scifo and Jan Ceulemans scoring for Belgium. In extra time, Stéphane Demol and Nico Claesen each scored for Belgium before the Soviet Union got one back, but Belgium hung on for the one-goal victory. In the quarterfinals, Belgium faced off with Spain, and the match was again tied after regulation time. This time it was 1-1, and Ceulemans scored for Belgium. As the match went on, no one scored in extra time, and it went to penalty kicks. The Belgian side won the penalty shootout 5-4 and advanced to their first World Cup semifinal. It was here where the journey ended, however, as Argentina defeated the Belgians 2-0. In the third-place match, Belgium again fell, this time to France 4-2 after extra time. Nonetheless, this was still a successful tournament for Belgium, and they would not have a better finish until 2018.

In 2018, Belgium had by far their most successful World Cup in Russia. The initial group for the Belgian side included Panama, Tunisia, and England. They were victorious in all three matches, defeating Panama 3-0, Tunisia 5-2, and England 1-0 to win their group and advance to the knockouts. Romelu Lukaku was the main man for Belgium in these matches, scoring four of their nine goals.

To start the knockouts, Belgium faced off with Japan and won a thriller 3-2. After being down 2-0 with just over twenty minutes to go, Belgium came storming back thanks to goals from Jan Vertonghen, Marouane Fellaini, and the winner from Nacer Chadli in the fourth minute of stoppage time. This led Belgium to a matchup with tournament favorites Brazil in the quarterfinals. This did not deter the Belgians, however, and they defeated the Brazilians 2-1 thanks to a Brazilian own goal and a goal from Kevin de Bruyne. Next up was a semi-final matchup with France, which the Belgians unfortunately lost 1-0. France would go on to defeat Croatia and win the World Cup. As for Belgium, they secured their best ever finish at a World Cup by defeating England for the second time in the tournament, this time 2-0. Thomas Meunier and Eden Hazard scored for Belgium. We shall see if Belgium can use the momentum they gained in 2018 and ride it to their first World Cup final appearance in Qatar in December of 2022.

Pages Related to How Many World Cups Has Belgium Won?