How Many World Cups Has Australia Won? 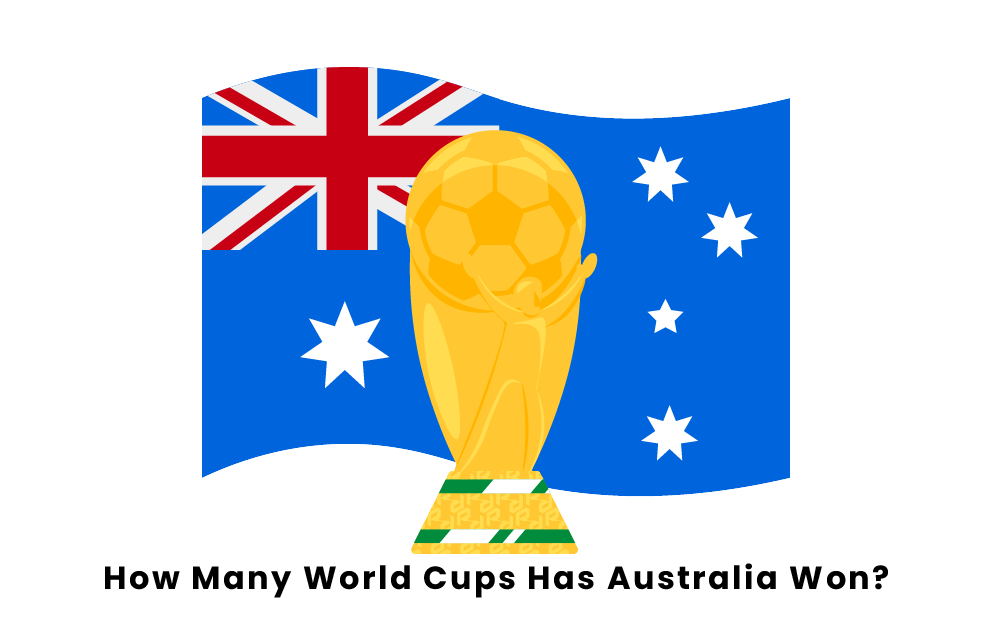 With five wins in the Cricket World Cup, Australia is one of the most successful countries ever in that sport. However, their track record in soccer’s FIFA World Cup is not as glamorous. The athletes from down under have never won a World Cup on the men’s or women’s side, though they have come close a number of times. Keep reading below to learn about Australia’s best efforts at the international title.

Since 1930, the Australian men’s national team has only ever qualified for six World Cups. They have made short appearances in almost all of them, failing to advance past the group stage in four of their five tournaments played. The one year they did get out of the group stage was 2006. They had a win, a loss, and a draw in the group stage to get to the Round of 16 against Italy. The game was scoreless until the last minute when Italy was awarded a controversial penalty. They made the kick and sent Australia home.

On the women’s side, the Aussies have been much more competitive in World Cup play. The women have qualified for each World Cup from 1995-2019, and since 2007 they have advanced past the group stage in each tournament. In 2007, the team only had one win in group play, but that was enough to make it through to the quarterfinals against Brazil. The game got off to a rocky start for Australia, as they were already down 2-0 in the first 23 minutes. However, they rallied back with a goal in the 36th minute and another in the 68th minute to tie it up. Unfortunately, Brazil responded with goal number three in the 75th minute, and they held onto the lead to knock out the Australians.

The 2011 World Cup got off to a much better start for Australia. They won two games in group play, enough to push them through to the quarterfinals. They faced off against Sweden, and they once again found themselves in a familiar spot, trailing 2-0 within the first 20 minutes of the match. Aussie player Ellyse Perry scored the country’s first goal in the 40th minute, but that was all the offense the national team had that day. They went on to lose 3-1 to Sweden.

The 2015 women’s World Cup marked a change in formatting, as there were now 24 teams instead of 16. Still, things got off to a normal start for the women footballers, as they were able to advance through the group stage like usual. The next matchup saw them take on Brazil in the Round of 16. It was a scoreless match for a long time, but in the 80th minute, Australia nailed the first and only goal of the game, hanging on for a 1-0 win. Their next match came in the quarterfinals against Japan, and it was a true nail-biter. Once again, there was a high level of defense displayed, with no goals being scored in the first 80 minutes. It seemed the match was destined to head to extra time, but in the 87th minute, Japanese forward Mana Iwabuchi lasered home the lone goal, defeating Australia 1-0.

In their most recent trip to the World Cup, Australia’s women’s national team came so close to making a deep run. They started off with a solid group stage, winning two of their three games to make it to the Round of 16. They faced off against Norway, and it was a fantastic matchup, with Australia notching their only goal in the 83rd minute to tie the score at 1-1. The teams remained tied after extra time, and so they were sent to penalty kicks. Norway made all four of their attempts, but unfortunately, Australia was only able to convert one opportunity, ending the match and their World Cup title dreams.

Pages Related to How Many World Cups Has Australia Won?