How Many World Cups Has Argentina Won? 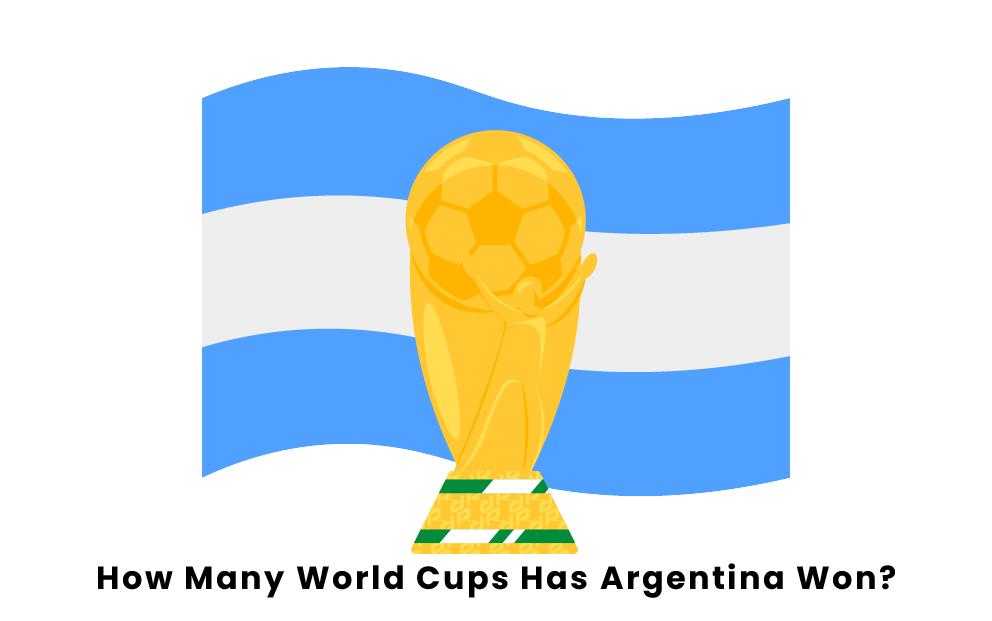 Argentina has been one of the best soccer countries around the world for a very long time. From players such as Diego Maradona and Lionel Messi, the Argentinians are consistently in the conversation to win the World Cup. Read below to find how many World Cups Argentina has won.

The Men’s Argentina soccer team has had a rich history in the World Cup. Argentina currently has two World Cup titles, coming in 1978 and 1986. In addition, they’ve finished as the runner-up three times which came in 1930, 1990, and 2014.

Beginning in 1978, Argentina went 2-1 in the group stage to advance to Round 2. However, the country was nearly eliminated as it needed to beat Peru by at least four goals to advance to the final. Led by eventual tournament MVP Mario Kempes, Argentina beat Peru 6-0 and went on to defeat the Netherlands to capture its first World Cup.

Four years later, Argentina disappointed, but was once again in contention in 1986 as it had one of the best players in the world, Diego Maradona. In the Quarterfinals, Argentina met England in what was a tightly contested contest that’s mired in controversy. In the 51st minute, Maradona scored a goal using his hand, but the refs didn’t see it, and as a result the goal counted to give his team the lead. The Argentinians went on to win that game 2-1, then defeated Belgium to advance to the final against West Germany. Argentina led 2-0 in the ladder stages of the game, but the Germans scored in the 74th and 81st minutes to tie the score. However, the tie was short-lived as Jorge Burruchaga raced down the left wing to score the eventual winner in the 84th minute.

While the men’s team has enjoyed tremendous success on the world stage, the women’s team has only qualified for the World Cup three times (2003, 2007, and 2019) and has never advanced to the knockout round. In fact, the Argentinians have never even won a game at the World Cup, with their overall record currently at 0-2-7, and their goal differential is -32.

However, the women have fared better in other international competitions, such as Copa America. Argentina advanced to the final round four straight times from 1995-2006, and won the whole thing in 2006.

Having won two World Cups and advancing to the final an additional three times, there have been plenty of great players to play for the Argentina Men’s soccer team. The top scorer in its country’s history at the World Cup is Gabriel Batistuta with ten goals. Batistuta appeared in three total World Cups and averaged 0.83 goals per game, leading the team to the knockout round in both 1994 and 1998. Argentina’s record for most goals scored in the tournament belongs to Guillermo Stabile, who scored eight times in the first-ever World Cup in 1930 en route to Argentina finishing as the runner-up.

Pages Related to How Many World Cups Has Argentina Won?