How Many World Cups Ended In Penalty Shots? 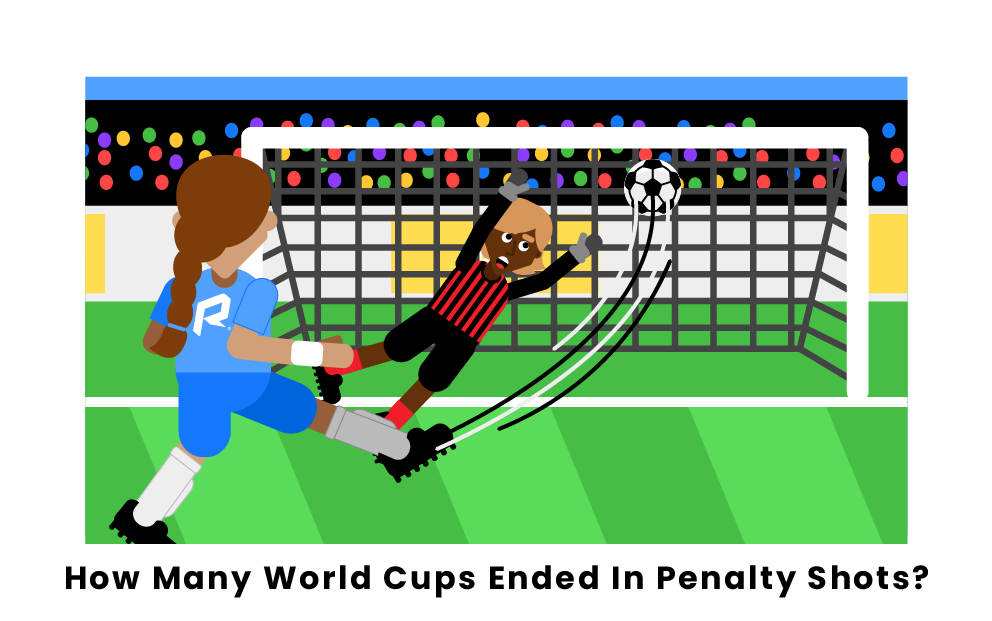 The 1994 World Cup Final was the first in history to be decided by penalty shots. The match took place in Pasadena, California, at the Rose Bowl Stadium, between Italy and Brazil. At the end of regulation time, the score was tied at 0-0. This was the first World Cup final to remain scoreless at the end of both regulation and extra time. After the game went into a penalty shootout, Brazil emerged victorious over Italy with a score of 3-2. Roberto Baggio of Italy missed his penalty kick giving Brazil its fourth World Cup title. With this win, Brazil became the first nation in World Cup history to win four titles.

The 2006 World Cup Final is the only other championship match that has been decided by penalty shots. The final match took place at the Olympiastadion in Berlin, Germany, between Italy and France. Following the conclusion of regulation and extra time, the match was tied at 1-1, forcing the game into a shootout. Italy came out strong, with all five of its players scoring their respective penalty shots. David Trezeguet was France’s only player who did not successfully score his penalty shot, making the shootout score 5-3 and giving Italy its fourth World Cup title.

The 1982 World Cup Semi-Final match was the first overall World Cup game to be decided by penalty shots. The match took place at the Ramón Sánchez Pizjuán Stadium in Seville, Spain, between France and West Germany. At the end of regulation, the score was tied 1-1. During extra time, French players Marius Tresor and Alain Giresse scored goals to put the team ahead 3-1. West Germany fought its way back into the game and matched France’s two scored goals, with Karl Heinz Rumminege and Klaus Fischer both scoring to bring the score to an even 3-3. The last 10 minutes of extra time remained scoreless, and the game was forced into a shootout.

The shootout remained competitive as the teams exchanged goals. Each team only missed one goal throughout the five rounds, resulting in a score of 4-4 and a transition into the sudden death period. Maxime Bossis volunteered to shoot for France, while Horst Hrubesch shot for Germany. Hrubesch scored while Bossis was unable to convert his shot, giving West Germany the win and helping his team advance to the 1982 World Cup Final.

The 1986 World Cup match between France and Brazil is another memorable competition that was decided by a shootout. Brazil’s Careca and France’s Michel Platini both scored goals in the first half of the game. Throughout the rest of the game, including two 15-minute overtime periods, no additional goals were scored, and the match went into a shootout. Following their previous shootout loss to West Germany four years prior, the French were prepared to redeem themselves. Luis Fernandez stepped up for France and scored the deciding penalty shot, making the final shootout score 4-3 and giving France the victory over Brazil.

The 1990 World Cup match between West Germany and England was another semi-finals competition that was forced into a shootout period. During regulation time, England scored an unfortunate own goal, followed by a goal by Gary Lineker that made the score 1-1. The score remained tied after extra time, and the match entered a shootout. England and West Germany both successfully made their first three penalty shots. Stuart Pearce of England was the first English player to miss his penalty shot, while Germany’s Olaf Thon buried his shot to make the score 4-3. The fate of the match lay in the hands of England’s Chris Waddle, who kicked the ball over the bar and gave West Germany the final victory.

Pages Related to How Many World Cups Ended In Penalty Shots?