How Is The Host Nation Decided For The FIFA World Cup? 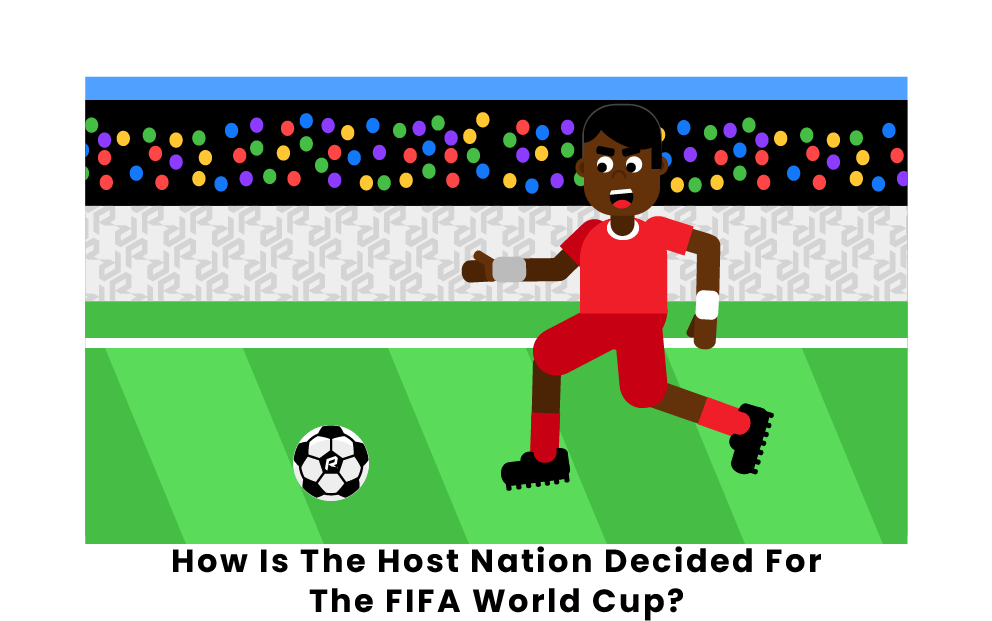 The FIFA World Cup is a global soccer event that occurs every four years. Each World Cup year, the competition is held in a different host country. Being awarded the host status of a World Cup is a lucrative and prized status, due to the influx of tourism, media coverage, and revenue for the country. To determine which nation will host a World Cup, nations must participate in a comprehensive bidding process. This is to ensure objectivity and fairness in the determination of the host nation. Ultimately, the determination of which bid will win the host status is decided by a vote.

The FIFA World Cup bidding process begins roughly seven to ten years prior to the competition year. Due to the scale and large amount of infrastructural, commercial, and logistical resources that are required to host a World Cup, the bidding process must begin this far in advance. At this early stage, FIFA determines the general structure and guidelines of the World Cup, as well as the bidding system for the specific competition. Shortly after, FIFA informs its member countries that it will be accepting bids for the specified World Cup and distributes bid registration documents to interested nations. These nations then have roughly one month to complete the initial documents before receiving another set of application forms. Once again, one month is allowed before the finalized bid applications must be submitted.

Over the following year, FIFA shortlists the initial pool of bids, removing bids that do not meet the originally specified criteria or FIFA’s regulations for the specific World Cup. The final stage of the bidding process is an electronic vote conducted by the FIFA Congress to determine the future host nation. Each of the 211 member states of the FIFA Congress is allotted one vote to ensure fairness and equity in the selection process. To be awarded the host status, a nation must receive a majority vote. For example, if two nations remained in the bid shortlist, the nation that receives more than 50% of the FIFA Congress votes would be determined as the future host.

In rare cases, the FIFA Congress cannot determine the host nation following the bid shortlisting or the referendum. For this scenario, FIFA invites more of its member states to bid for host status. The bid preparation and voting process are then repeated until a nation is selected.

In order for a bid to be approved for the vote, the bid must meet FIFA’s strict regulations and standards. These standards are set prior to the acceptance of bids and can change for each World Cup. There are three categories that each bid is evaluated in. Approval in each category allows the bid to proceed to the FIFA Congress vote.

The first category is the Compliance Assessment. This assessment evaluates whether or not the bid complied with the rules of the bidding process and if the bid meets the predetermined hosting requirements.

The second category is the Risk Assessment. This evaluates the sustainability, human rights impact, and financial outcome if the nation were to host the World Cup. To pass this assessment, FIFA must approve each of these evaluations for the bid.

The third category is the Technical Evaluation Report. This category assesses the ability of the applicant nation to provide the infrastructure and commercial amenities necessary to host a World Cup. Due to the massive financial and physical scale of a World Cup, nations must demonstrate that they are able to provide enough stadiums, hospitality, and services to host the event. If a bid successfully passes each of these three evaluations, it is then approved for the voting process. FIFA incorporates these evaluations to ensure that a host nation is up to its determined financial, social, sustainability, and human rights standards.

What Teams Automatically Qualify For The FIFA World Cup?

The host nation is the only team that automatically qualifies for the World Cup. While some teams are more likely than others to qualify based on their funding, ability, and resources, no other teams are guaranteed a spot in the World Cup.

To qualify for the World Cup, national teams compete in a qualifying process that involves playing against other national teams. Additionally, FIFA determines the number of nations from each continent that are allowed to enter the World Cup. This is to ensure a global competition comprising a diverse selection of teams.

Pages Related to How Is The Host Nation Decided For The FIFA World Cup?