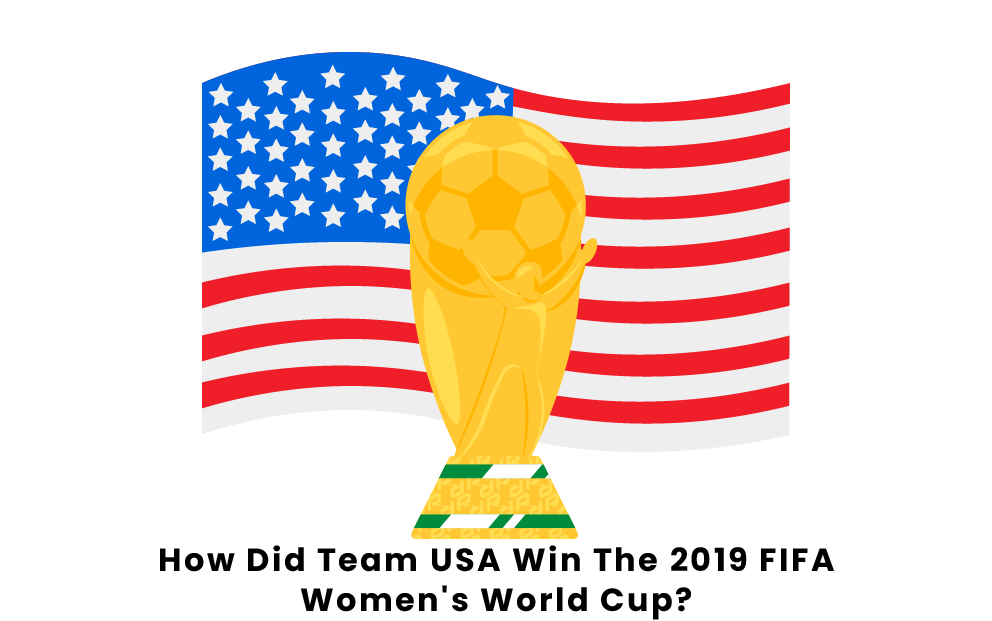 Without a doubt, the United States has been the most successful team in the history of the FIFA Women’s World Cup. Out of the eight tournaments that have taken place, the Americans have taken home the title four times, including the most recent World Cup in 2019 in France. After winning the World Cup in 2015, the Americans successfully defended their title in 2019 and won back-to-back titles. The remainder of this piece will discuss the USA’s 2019 World Cup championship run in detail.

When it comes to World Cup qualifying, each region of the world handles its spots differently. As members of the Confederation of North, Central America, and Caribbean Association Football (CONCACAF), the USA had to qualify for the 2019 World Cup through the 2018 CONCACAF Women’s Championships. Eight teams made the final stage of this tournament, and they were first split up into two groups of four. The Americans were grouped with Panama, Mexico, and Trinidad and Tobago, and they easily advanced to the semi-finals by winning all three of their matches by a cumulative score of 18-0.

Of the four teams to make the semi-finals of the CONCACAF Women’s Championships, three earn automatic spots in the World Cup. The two teams to reach the final, along with the team who won the third-place match, qualify. The fourth team advances to an intercontinental playoff. Thankfully for the Americans, they defeated Jamaica 6-0 in the semis, so they were able to clinch their spot without much of a challenge. For good measure, the USA went on to defeat Canada 2-0 in the CONCACAF Women’s Championships final.

Now that the United States had clinched their World Cup Spot, their next step was to wait and see who they would be initially grouped with. They found themselves in Group F with Sweden, Thailand, and Chile. The Americans would go on to easily win their group, winning all three matches and outsourcing their opponents 18-0. This included a record 13-0 defeat of Thailand, the most lopsided game in the history of the Women’s World Cup. Their other two games included a 3-0 defeat of Chile and a 2-0 defeat of Sweden. Alex Morgan led the way for goal scoring in these matches, scoring five times, all of which came in the Thailand match.

In their first knockout match in the Round of 16, the United States faced off with the team from Spain. Megan Rapinoe scored in the 7th minute for the US, but Spain tied it up minutes later. The match stayed tied all the way until the 75th minute when Rapinoe scored again to give the USA a 2-1 victory. Next up was a quarterfinal matchup with the host nation, France. Once again, Rapinoe scored twice, and again the Americans prevailed 2-1 to advance to the semi-finals. This time, in a match against England, other players stepped up. Christen Press scored in the 10th minute to take the early lead, but the English scored in the 19th minute to even the match at 1. Morgan broke that tie in the 31st minute, and the Americans would go on to win their third straight 2-1 match. In the final, the Americans faced a Netherlands squad making their first appearance in a World Cup final.

In the World Cup final against the Dutch, the Americans would score exactly two goals for the fifth straight game, and this time they held their opponent scoreless for a 2-0 victory. Rapinoe scored the first goal of the match in the 61st minute, and Rose Lavelle added an insurance goal eight minutes later. Goalkeeper Alyssa Naeher and the American defense kept the Dutch from scoring, and the USA were Women’s World Cup Champions for the second tournament in a row. They will look to become the first nation to win three in a row at the 2023 tournament being jointly hosted by Australia and New Zealand.

Pages Related to How Did Team USA Win The 2019 FIFA Women's World Cup?