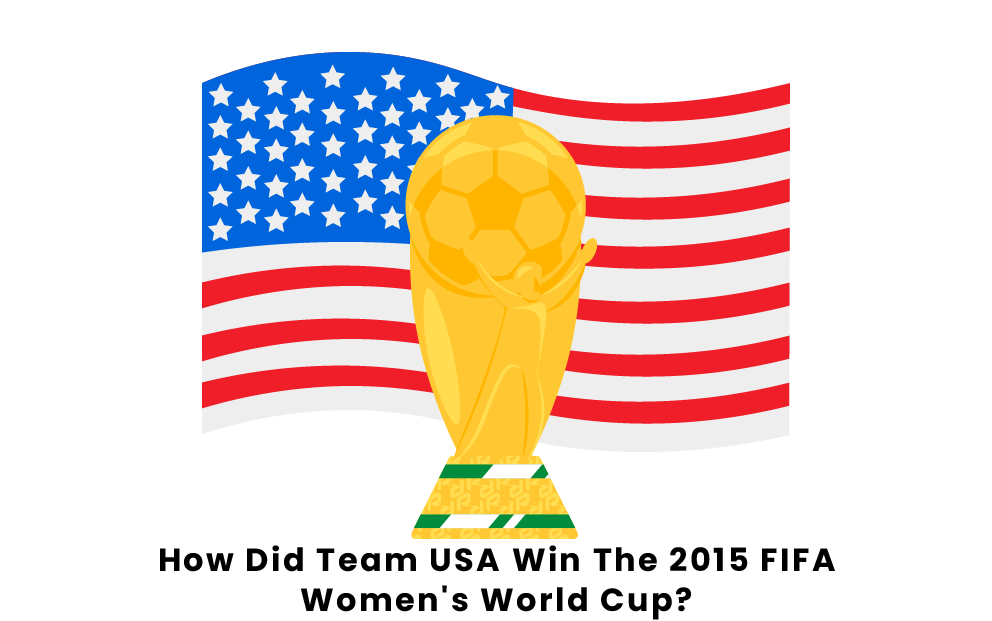 Out of the eight FIFA Women’s World Cups that have taken place, the United States has won four of them. The third of those four victories came in 2015 at the Women’s World Cup in Canada. It ended a sixteen-year World Cup win drought for American soccer. Listed below is a thorough discussion of the 2015 tournament and Team USA’s path to victory from qualifying to the championship match.

Qualifying for the World Cup varies for every portion of the world competing. Each region is given a certain number of World Cup spots by FIFA, and the region’s administrators are in turn responsible for determining how those spots are handed out. The United States team is a part of the Confederation of North, Central America and Caribbean Association Football (CONCACAF), which used the 2014 CONCACAF Women’s Championship tournament as qualifying matches for the 2015 World Cup.

There were eight teams in the final stage of the tournament competing for 3.5 total World Cup spots. These teams were split into two groups of four, with the United States being grouped with Trinidad and Tobago, Haiti, and Guatemala. The top two teams in each group advanced to the semi-finals, and the USA did so easily by winning all three matches and outsourcing their opponents by a cumulative score of 12-0.

In the semi-finals, Team USA faced rival Mexico. Of the four teams in the semi-finals, the two teams to advance to the championship match would automatically qualify for the World Cup. As for the two who lost, they would face off in a third-place semi-finals match, with the winner going to the World Cup and the loser going to an intercontinental playoff against a team from South America. Thankfully for the Americans, they did not have to worry about the third-place match, as they defeated Mexico 3-0 and advanced to the finals, clinching their World Cup spot. They would also go on to defeat Costa Rica 6-0 in the final round to win the CONCACAF Championship.

Once TEAM USA secured their spot, they next had to see who they would be grouped with at the World Cup. Their draw ended up being in Group D with Australia, Sweden, and Nigeria. The American women’s team started off the tournament with a 3-1 victory over Australia with two goals from Megan Rapinoe and one from Christen Press. After a 0-0 draw with Sweden in their second match, Team USA defeated Nigeria 1-0 in their final group stage match, thanks to a 45th-minute goal from Abby Wambach. This victory against Nigeria helped the Americans to clinch Group D and guarantee a spot in the knockout phase of the tournament. Their two wins and one draw had earned them seven points (three for a win, one for a draw), three more than Australia, who finished second in the group. The next step for the Americans was the Round of 16 knockout rounds.

The American women’s team’s first knockout match was against Columbia, and they claimed a 2-0 victory thanks to goals from Alex Morgan and Carli Lloyd. That led them to the quarterfinals, where they faced off with China. A 50th-minute goal from Lloyd gave the Americans a 1-0 win, and they were on to the semi-finals. There, they faced their toughest challenge yet up against two-time champion Germany. The Americans proved they were up to the task though, and they knocked off the Germans 2-0, thanks to goals from both Lloyd and Kelly O’Hara. In the World Cup Final, Team USA earned a rematch with the Japan women’s team that had defeated them in the previous World Cup Final four years prior.

In one of the most memorable Women’s World Cup finals ever, the United States gained some revenge on Japan for their 2011 World Cup loss in a big way. In the first fifteen minutes, the Americans scored four goals, three by Lloyd for the fastest Hat Trick in World Cup history. From there, the Americans cruised to victory and the championship, with Lauren Cheney and Tobin Heath scoring the other two goals. Lloyd was the team’s clear leader with six goals scored throughout the tournament, but they got contributions from quite a few players and were well deserving of their 5-2 victory and third World Cup title.

Pages Related to How Did Team USA Win The 2015 FIFA Women's World Cup?