How Did Germany Win The 2014 FIFA World Cup? 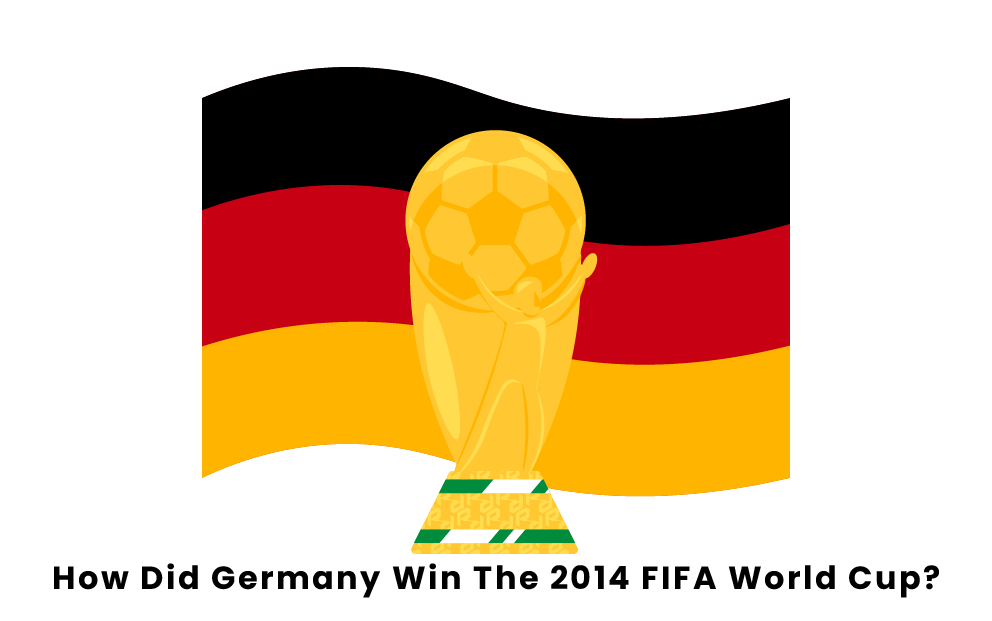 Mario Götze’s winner in the one hundred thirteenth minute gave Germany its fourth World Cup title after a legendary run culminated in a 1-0 win over Argentina in the final. After a second-place and two third-place finishes between 2002 and 2010, Germany finally brought the World Cup home in 2014 after a 24-year drought.

Germany’s qualifying road toward the 2014 World Cup started on September 7, 2012, with a comfortable 3-0 win over the Faroe Islands National Team. After a disappointing end to EURO 2012 with a tough 2-1 defeat in the semifinals against the Italian team, Germany was looking for revenge on its way to the 2014 World Cup.

The German national team was drawn into Group C of the European qualifier tournament with Austria, Faroe Islands, Ireland, Kazakhstan, and Sweden. The team, coached by Joachim Löw, finished the group first with 28 points, after nine wins and a spectacular 4-4 tie against Sweden.

Die Mannschaft, as the national team is called by its fans in Germany, reached the 2014 FIFA World Cup as one of the favorites. However, the road to the World Cup glory immediately seemed arduous as Germany was drawn into Group G with Ghana, Portugal, and the United States.

Although most experts were expecting a hard-fought game, Germany secured a smooth 4-0 win against Portugal in their inaugural game of the tournament. Thomas Müller’s dominant display (the Bayern Munich ace scored a hattrick) and a goal from Mats Hummels sealed the win for Joachim Low’s team.

The Germans faced Ghana next, on Matchday 2. For the second straight World Cup, Jerome Boateng, Germany’s star center-back, was set to face his brother Kevin Prince Boateng, a key player for the Ghana national team. However, this time around, Germany had to settle for a 2-2 tie in one of the most spectacular games of Group G. Mario Gotze opened the score for Germany, while André Ayew and Asamoah Gyan put Ghana up 2-1, before Miroslav Klose’s equalizer in the seventy-first minute.

Reaching Matchday 3 with four points, Germany sealed the first seed in the group with a difficult 1-0 win against the USMNT, thanks to another goal from Thomas Müller.

Their dominant display against Portugal had increased the hype around the German national team. However, after the team was held to a tie by Ghana and struggled to beat the USMNT, Germany’s candidacy for the final win was not as sure anymore.

As the first seed of Group G, Germany was meant to face the second seed of Group H, Algeria. The team coached by Vahid Halilhodzic had turned out to be one of the tournament’s best underdogs and was ready for another upset against the three-time World Champion Germans. The game turned out to be a tight contest, as Germany was only able to thread the needle in extra time with goals from André Schürrle and Mesut Özil before Abdelmoumene Djabou cut one back for Algeria.

France was awaiting the German national team in the quarterfinals. After an easy group stage, France had eliminated Nigeria in the first round of the knockout stage and was dreaming about making it all the way to the World Cup Final. However, an early goal from Mats Hummels gave the game to Germany.

After the win against France, Germany started gaining momentum and was ready for another marquee win against host country Brazil in the semifinal. On July 8, 2014, Germany recorded one of the largest wins in World Cup history, punching their ticket to the final with a 7-1 rout of Brazil. Goals from Thomas Müller, Sami Khedira, Miroslav Klose, and a brace from Toni Kroos had Germany leading 5-0 at halftime, before a brace from Andre Schürrle and a consolation goal from Oscar closed out the final 7-1 for the away team.

Germany entered the final as the best performing team in the tournament, while Argentina could count on superstar Lionel Messi, who would have been named the FIFA World Cup Golden Ball.

The final ended up being a tight contest, with Argentina creating more in regulation. As the pace of the game slowed down in extra time, Germany started creating chances. Finally, Mario Götze, who had entered the game as a sub, scored the winner at the one hundred thirteenth minute, giving Germany their fourth World Cup triumph.

Pages Related to How Did Germany Win The 2014 FIFA World Cup?