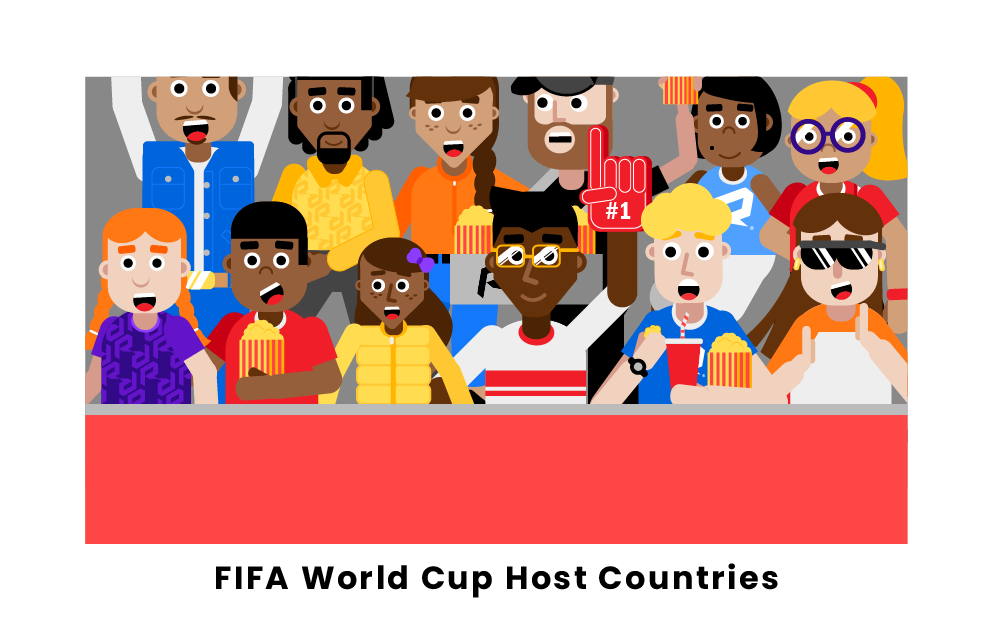 Hosting the World Cup represents a great opportunity to showcase the strength of a nation not only in soccer terms but also in terms of development and infrastructure. Most host countries spend many years investing resources into building futuristic stadiums and interactive fan zones around the venues.

On December 2, 2010, FIFA announced that Qatar would be the host country for the 2022 World Cup, becoming the eighteenth country to host the tournament. Lusail, Al Khor, Al Rayyan, and Al Wakrah will each have a stadium as host cities, while the capital city, Doha, will have four stadiums. The final will be played at the Lusail Iconic Stadium in Lusail.

The Qatari World Cup will be only the third tournament not to be held in either Europe or one of the Americas. Eleven World Cups were hosted by European countries, while five in South America and three in North America. Italy and Brazil, the winningest countries, have held the tournament twice, while Mexico will become the first country to host three different World Cups, as the 2026 World Cup will have host cities in Canada, Mexico, and the United States.

What Countries Have Hosted the FIFA World Cup?

Below is a list of countries that have hosted the FIFA World Cup organized alphabetically A-Z.

What Cities Have Hosted the FIFA World Cup?

Below is a list of cities that have hosted the FIFA World Cup organized alphabetically A-Z.

How Many Times Has Each Country Hosted The FIFA World Cup?

Brazil, Italy, and Mexico have each hosted the FIFA World Cup two times.

What are the requirements for a country to host the FIFA World Cup?

Similarly to the Olympics, countries that want to host a World Cup have to submit a bid with a detailed infrastructure and operational plan to FIFA in order to be considered for the selection process. Many factors come into play in this process, with security and stadiums being the most important ones. The soccer level of the host country is not a requirement, as the World Cup can be used as a catalyst to increase the popularity of the sport in the country.

Does the host country automatically qualify for the FIFA World Cup?

A World Cup on home soil is a true soccer fest for the host country, as their national team automatically qualifies for the tournament. Playing at home gives a great push to the host team. In previous editions, host teams have usually had great journeys in the tournament, as host countries have made it to the semifinals thirteen times, while six of them (Argentina, England, France, Italy, Uruguay, and West Germany) ended up winning it.