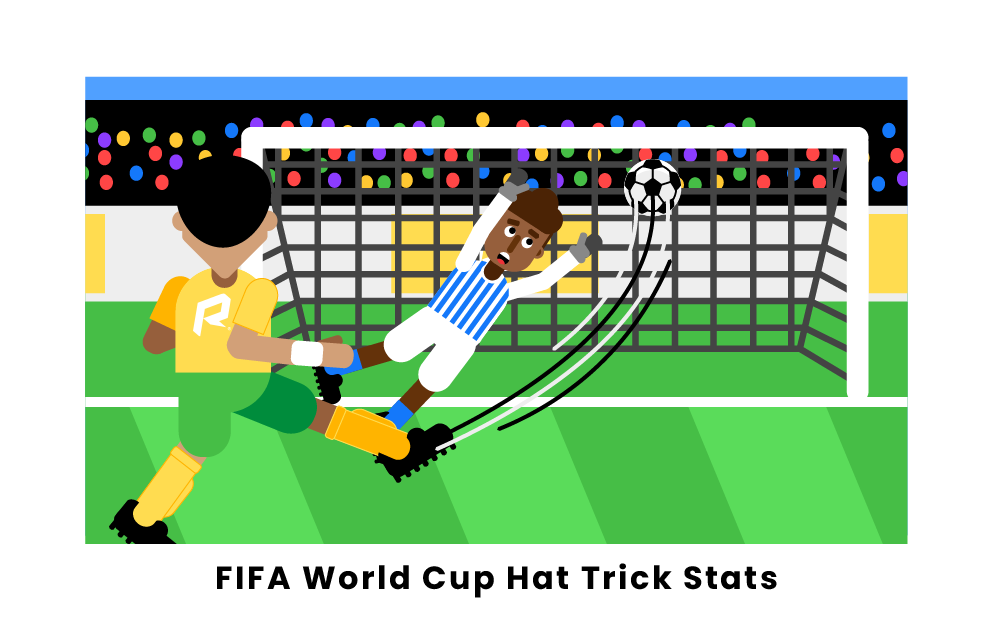 Down 3-2 with only two minutes left before stoppage time, Cristiano Ronaldo came in clutch for Portugal with one of his best-ever free kicks to tie the game and seal his hat trick. This was Cristiano Ronaldo’s one and only World Cup hat trick, an achievement that only a few players have been able to reach in their careers.

Fewer than 50 players have scored a hat trick in the history of the World Cup, and only six of them have scored more than three goals in a game. Germany is the national team with the most hat tricks scored, with seven. Edmund Conen scored their first in the 1934 World Cup, Max Morlock scored one in the 1954 World Cup, while Gerd Müller became the second player to score multiple hat tricks in one tournament, bagging three goals in each of the last two group stage games. Karl-Heinze Rummennigge scored one in the 1982 World Cup. All-time leading scorer Miroslav Klose scored three in a Group Stage match in 2002, while Thomas Müller was the latest German to record a hat trick with three goals against Portugal in 2014.

Most World Cup hat tricks have come in Group Stage games. However, some legendary hat tricks were scored in the knockout stages. Among them is the one from Pelé in the semifinals in 1958 against France, and Eusebio’s four goals against North Korea in 1966. The 1986 World Cup saw two hat tricks in the Round of 16 as Ballon d’Or winner Igor Belanov scored three against Belgium, while Emilio Butragueño scored four against Denmark.

Who has the most hat tricks in the FIFA World Cup?

The list of players that have multiple hat tricks is a very short one, as only four players scored two hat tricks at the World Cup. Hungary’s Sándor Kocsis, France’s Just Fontaine, and Germany’s Gerd Müller each did it in one tournament, in 1954, 1958, and in 1970, respectively while Argentina’s Gabriel Batistuta is the only one to have scored a hat trick in two different editions of the World Cup, doing it in 1994 and 1998.

Has anyone scored a hat trick at the FIFA World Cup?

49 players have recorded a hat trick at the FIFA World Cup. USMNT Bert Patenaude scored the first ever World Cup hat trick against Paraguay in 1930 in Uruguay, while England’s captain Harry Kane is the latest player to have joined this exclusive club after his three goals against Panama in Russia. The 2006 tournament in Germany was the only edition of the World Cup where any player failed to score a hat trick.

Has anyone scored a hat trick in the FIFA World Cup Final?

Nineteen hat tricks have been scored during the knockout stage of the World Cup, but only two have been recorded during a final. Geoff Hurst’s three goals that gave England the win against Germany in 1966. In 2022, Kylian Mbappe scored three goals for France in the final match against Argentina. Unfortunately, after a 3-3 draw in extra time, France lost the final to Argentina 4-2 in penalties.