Has The Host Nation Ever Won The FIFA World Cup? 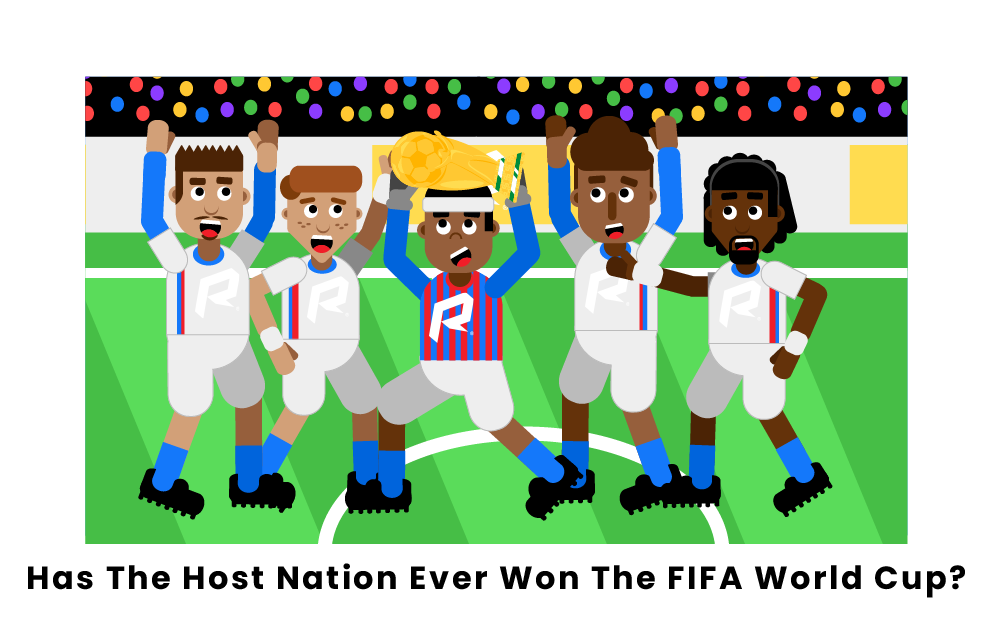 The Uruguayan team was captained by Jose Nasazzi and featured other phenomenal players such as Jose Leandro Andrade, Enrique Ballestrero, Pedro Cea, and more. Ballestrero conceded the fewest number of goals in the tournament with three, and Cea was the tournament’s second-highest goalscorer with five goals, only behind Argentine Guillermo Stábile. The team topped their group stage and advanced to the semi-finals, along with the other four group stage winners. In the group stage, they beat Peru 1-0 and Romania 4-0, not conceding a single goal. Uruguay defeated Yugoslavia in the semi-finals 6-1 before defeating Argentina in the finals 4-2.

The 1934 World Cup featured sixteen teams. The defending World Cup champions, Uruguay, opted out of the competition since they were boycotting Italy and Europe, as there were few European teams who took part in the 1930 FIFA World Cup.

Italy played their first match against the United States, who they easily defeated 7-1 to go on to the quarterfinals. They faced Spain and had to play the match again after a 1-1 draw, which they won 1-0. The Italians beat Austria in the semi-finals 1-0, progressing to the finals. The finals went into extra time, which the Azzurri won 2-1. Gianpiero captained the team, which included the likes of Meazza, Schiavio, Ferrari, and Caligaris.

England, the creator of modern soccer, defeated West Germany in the 1966 World Cup to win their first and only World Cup.

The English team was full of all-time greats, such as Gordon Banks, Bobby Moore, Jimmy Greaves, Alan Ball, Bobby Charlton, and Geoff Hurst. Hurst was the only player to ever score a hat-trick in a World Cup final. Charlton went on to win the prestigious Ballon d’Or, which is awarded to the best player in the world.

England finished at the top of their group, then defeated Argentina in the quarterfinals 1-0, Portugal in the semi-finals 2-1, and West Germany in the finals. The tournament, particularly the finals, was controversial, as one of Hurst’s goals was deemed not to have crossed the line by the Germans but just over it by the English. The English won 4-2 after going into extra time, with the final goal occurring in the last minute of the game.

The 1974 World Cup had 99 teams fighting for 14 open spots, with the host nation and reigning champions having automatic qualification. The star-studded team was captained by one of the greatest defenders of all time, Beckenbauer. It also contained the likes of Maier, Breiner, and Müller, to name a few.

After finishing second in the group stage behind East Germany, the Western Germans topped their group in the second round, which was the equivalent of the quarter and semi-finals. They beat Yugoslavia 2-0, Sweden 4-2, and Poland 1-0. This meant that they would advance to the finals where they would face the Netherlands national team. West Germany would defeat the Dutch 2-1 in a game that fielded some of the best players of all time on both sides, such as Cruyff, Krol, Neeskens, Van Hanegem, Jansen, and the aforementioned Germans.

Argentina was given the right to host the 1978 World Cup and ended up winning despite the country’s political turmoil at the time.

The Argentine team featured exceptional players, including Gallego, Passarella, and Kempes. Kempes had a fantastic tournament, winning both the Golden Ball and Golden Boot, which are given to the best player and top scorer. Argentina finished second to Italy in the first round. In the second round, they topped their group, and went on to the finals. During the second round, they beat Poland 2-0, drew Brazil 0-0, and they beat Peru 6-0. In the finals, in a highly contentious game, Argentina faced off against the Netherlands in the finals. The game went to extra time, and the Argentinians won 3-1 thanks to Kempes’ two goals.

The most recent host nation that won the World Cup was France winning in 1998. France beat Morocco for the rights to host after both Switzerland and England withdrew their bids.

Thirty-two teams participated in this World Cup instead of twenty-four, expanding the number of groups from six to eight, with the top two teams from each group advancing to the knockout stages. The tournament also had the ‘Golden Goal’ rule, so if a game were to go to extra time, then the first team to score would be declared the winner.

The team was filled with magnificent players such as Zidane, Henry, Deschamps, Vieira, Blanc, and Desailly. Zidane would win the Ballon d’Or that year, while France would win the FIFA Fair Play award and FIFA Award for the Most Entertaining Team. Barthez won the Yashin Award, which is now known as the Golden Glove. France finished at the top of their group stage. In the Round of 16, they beat Paraguay in extra time 1-0. In the quarterfinals, they beat Italy in a penalty shoot-out. In the semi-finals, they beat Croatia 2-1. They then faced Brazil, whom they defeated 3-0, with Zidane scoring two goals.

Pages Related to Has The Host Nation Ever Won The FIFA World Cup?