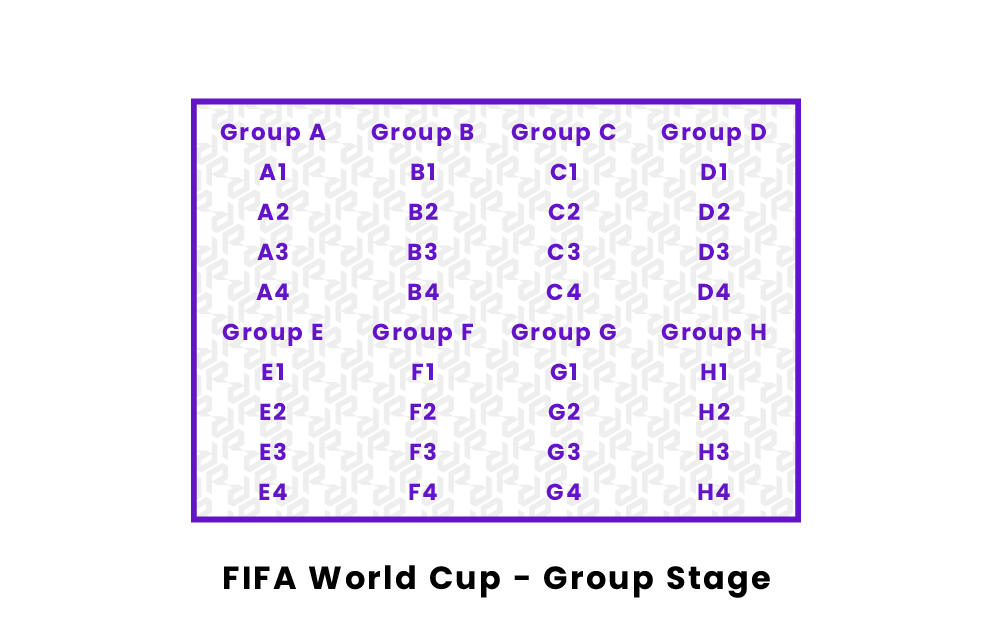 How Many Teams Are In Each Group?

How Are Groups Determined In The World Cup?

Groups for the FIFA World Cup group stage are determined by a ranked draw that happens months before the tournament. The 32 teams that have qualified for the tournament are divided into four “pots” of eight teams, each based on world ranking, for the draw. The pots are divided as follows:

On drawing day, each of the eight groups drawn must have no more than one team from each pot. Therefore, every group will have one representative from each of the pots. Since the host nation cannot draw another team from the first pot in their group, they are considered to have an advantage. This system ensures balance among the groups.

Points During the Group Stage

Much like in other major soccer tournaments around the world, points are awarded for a win or draw in a match in the FIFA World Cup. A win is worth three points, a draw is worth one point, and a loss is worth no points in the FIFA World Cup group stage. Since each team plays three games in the group stage, the maximum number of points they could receive in the standings is nine, while the lowest they could tally is zero.

The top two teams in each group after every team has played the three group stage games move on to the knockout stage, while the bottom two teams are eliminated.

Though teams typically advance based on who has the most points after all three games in their group are finished, some teams finish the group stage with the same number of points. In these tied points situations, teams are advanced according to their goal difference. Whichever team has scored the most goals in their three matches moves forward. If the teams are tied in both points and goal difference, advancement is determined by total goals scored.

If teams are still tied in terms of points, goal difference, and total goals, the remaining tie breakers are as follows:

How many games do teams play in the World Cup?

How do you advance in the FIFA World Cup group stage?

In the FIFA World Cup, the top two national teams with the most points in each group are allowed to advance. Based on their performance in the three games of each group, teams are awarded three points for a win, one for a draw, and none for a loss. If there is a tie in points, advancement is determined by goal difference. If there is still a tie, advancement is determined by goals scored.

How are points awarded in the FIFA World Cup group stage?

A win is worth three points, a draw is worth one point, and a loss is worth no points in the FIFA World Cup group stage. Each team plays each other group member once for a total of three games. After each team has played their three games, the top two teams in the group in terms of points move on to the knockout stage.