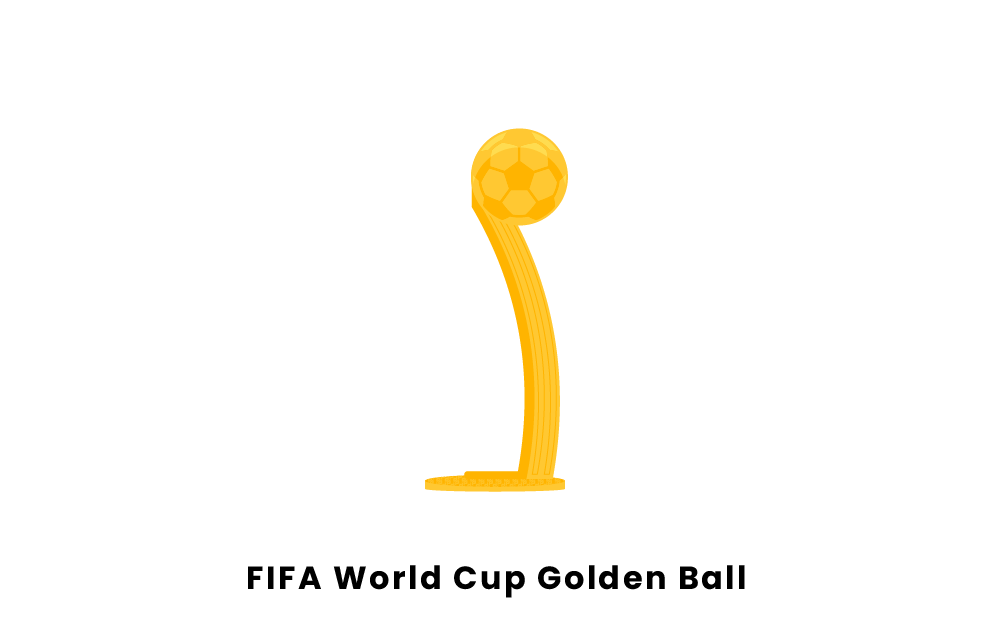 The Golden Ball Award was first handed out in 1982 and was created to recognize the most outstanding player at that year’s World Cup. Before 1982, there was an award that was simply known as the “Best Player Award” handed out to the best player. Beginning in 1982, the award was given its new name, and both Adidas and France Magazine began to officially sponsor the Golden Ball Award, which they still do today.

There is a multistep procedure for determining the Golden Ball Award winner. First, the FIFA Technical Study Group creates a shortlist of players based on their stats and achievements. Once that is done, they pass the shortlist to media members, who then vote for the winner. Additionally, not only is there a Golden Ball winner, but there is a Silver and Bronze Ball winner as well. Naturally, the Silver Ball is presented to the player who finishes second in the Golden Ball voting, and the Bronze Ball to the player who finishes in third place. Voters consider not only goals scored and numerical statistics, but also leadership, defensive prowess, and overall positive effect on their team. That is why this award is considered the best all-around player at the tournament.

Since the award was officially handed out in 1982, three Golden Ball Award winners have come from World Cup-winning teams. The players include Paulo Rossi of Italy in 1982, Diego Maradona of Argentina in 1986, and Romário de Souza Faria of Brazil in 1994. Additionally, Luka Modric of Croatia in 2018, Lionel Messi of Argentina in 2014, Zinedine Zidane of France in 2006, Oliver Kahn of Germany in 2002, and Ronaldo of Brazil in 1998 have all won the Golden Ball Award after leading their team to a runner-up finish. Lastly, Salvatore Schillaci and Italy came in third place in 1990, so every Golden Ball winner has at least helped their team to a third-place finish. Overall, when both the Golden Ball and the Best Player Award are considered, Brazil has the most winners of any country, with seven total. When just looking at the Golden Ball, Argentina, Brazil, and Italy are the three nations with multiple winners.

What is the Golden Ball Award in the FIFA World Cup?

The Golden Ball Award is given out to the all-around best player at the conclusion of each FIFA World Cup. The award is voted on by members of the media after a shortlist is created by the FIFA Technical Study Group. Everything about the player is considered when voting for this award, not just player statistics.

What does the winner of the Golden Ball Award get?

The winner of the Golden Ball gets a trophy with a golden ball perched at the top of the golden stand. They also get their name etched in history with all other incredible Golden Ball winners.