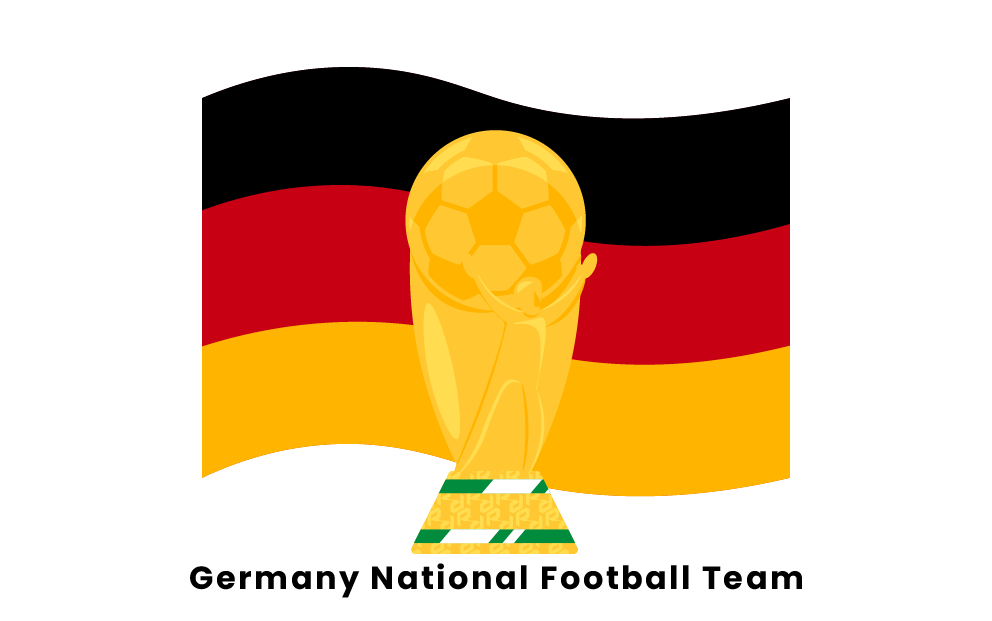 Germany is one of the most well-known soccer teams on the international level of the sport, with a number of World Cup wins across their history. With the 2022 World Cup on the horizon, they will undoubtedly look to continue their dominance in the tournament. Read on to learn all about Germany’s national football squad!

The German national football team is one of the most successful national squads in the world. Known by the abbreviation DFB-Team, the German national team has won four World Cups, three European Championships, and the 2017 Confederations Cup. Germany has the distinction of being the only nation to earn both a FIFA World Cup and a FIFA Women’s World Cup title. Germany is also the only European country to have won a World Cup hosted in the Americas.

The German national football team played its first official match in 1908 against Switzerland in Basil. The club had competed in unofficial matches as early as 1897. The DFB-Team is governed by the German Football Association, which was founded in 1900. There have been several iconic squads on the team, including those that led Germany to World Cup titles in 1954, 1974, 1990, and 2014.

Between 1949 and 1990, three separate German national teams were recognized by FIFA as a result of the occupations and divisions following the second world war. The DFB-Team’s most recent period of success came in the mid-2010s when they won the 2014 World Cup and the 2017 Confederations Cup. Following a few years of stumbles, the German national team has been reinvigorated by the addition of former Bayern Munich manager Hansi Flick, who has been leading the team since 2021.

The German national football team has several rivals, including England, Italy, the Netherlands, France, and Poland. Their rivalry with England dates to the early days of international soccer, but it is largely in Germany’s favor. The Italians are rivals because they are two of the most successful teams in European soccer, with several memorable meetings between the squads. The rivalry with the Dutch dates to the German victory in the 1974 FIFA World Cup final, which the Germans won. It is a fairly even rivalry, with the Germans having a slight edge in head-to-head play. The French are heated rivals, but mostly on their side, with the Germans considering the Italians and Dutch bigger rivals. The rivalry with Poland has a political basis, as it started with the German invasion of Poland in the second world war.

The traditional home kit of the German national football team is a white shirt and black shorts with white socks. These colors are taken from the 19th-century Prussian flag. The most common alternate kit for the DFB-Team is a green shirt with white shorts and socks. Other colors have also been used for their shirts, including black, red, and gray. In an enduring relationship, Adidas has been the German national team’s kit provider since 1954.

Has Germany ever won the World Cup?

Germany has won the World Cup four times, in 1954, 1974, 1990, and 2014. In 1954, they defeated Hungary in the finals. In 1974, they defeated the Netherlands in a victory made even more special because they were the hosts of the tournament. In 1990, they faced and defeated Argentina in the final. Finally, in 2014, they played against Argentina a second time, defeating them in the final yet again.

How many World Cup appearances has Germany made?

The German national team has made 20 appearances at the FIFA World Cup, including the 2022 Qatar World Cup. They have missed only two of the 22 total editions of the tournament, in 1930 and 1950. They chose not to enter the first World Cup in 1930 and were banned from competing in 1950 due to their role in the atrocities of World War II. Germany has hosted two editions of the World Cup, in 1974 and 2006. In 1974, they won the tournament, and in 2006, they finished in third place.

Who is Germany’s all-time scorer?

Germany’s top goal-scorer of all time is Miroslav Klose, who played with the team from 2001 to 2014. In 137 appearances for Germany, Klose scored a whopping 71 goals. Klose was part of four German World Cup teams (2002, 2006, 2010, and 2014), helping the team reach second place in 2002 and third place in 2006 and 2010. In 2014, his last World Cup before his retirement later that year, Klose finally won the tournament alongside his team. In addition to being Germany’s all-time scorer, Klose holds the honor of being the FIFA World Cup’s all-time record goalscorer for the men’s tournament, with 16 goals.