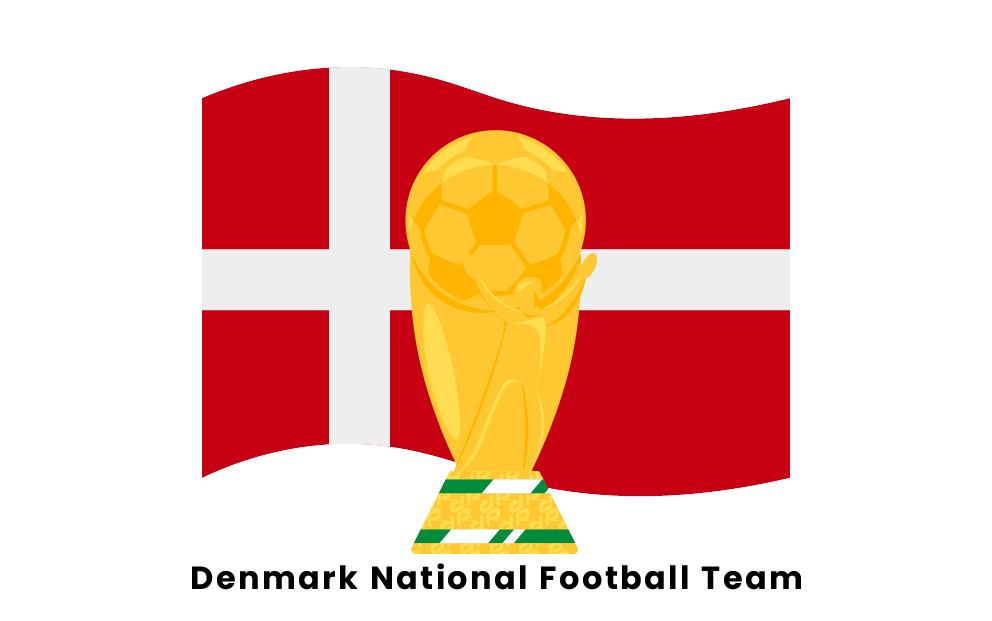 The Denmark National Football Team represents the Danish Football Association (DBU) and is composed of the best soccer players from Denmark. While they did not have much success until relatively recently in their history, they have consistently performed well on the biggest stages in international soccer. Read on to learn more about the Denmark National Football Team, including their history and accomplishments.

The Denmark National Football Team played its first official international match against the France B Team in 1908, in which the Red and Whites won 9-0. They made their first appearance at the FIFA World Cup in 1986, where they lost in the Round of 16. The Denmark National Football Team has qualified for the FIFA World Cup six times, in 1986, 1998, 2002, 2010, 2018, and 2022. The furthest they made it in the World Cup was the quarter-finals in 1998.

Despite not having much success in the FIFA World Cup, the Denmark National Football team has done extremely well in other major international and continental tournaments. They have qualified for the UEFA European Championship nine times and won the tournament once in 1992. The Red and Whites have made the third place match three times, losing once and winning third place twice.

Denmark’s greatest football rivalry is with Sweden. For over one hundred years, the two national teams have competed in major sporting events, and soccer is no exception. The teams first battled at the 1912 Summer Olympics, where Denmark ended Sweden’s winning streak. At first, the rivalry focused on the regional Nordic cup, but both teams excelled over the next few decades and became known for heated fights for Euro and World Cup qualification. They also have been renowned for being so well-matched that the teams often have their matches end in draws, even at the highest levels of competition.

The traditional home kit of the Danish national team is composed of red shirts and white shirts. The red shirts are adorned with white accents for things such as player name and number. The away team kit is the reverse with white shirts, red shorts, and red accents. Like many other national teams, the colors are meant to represent the modern national flag.

For the Qatar 2022 World Cup, the kits of the Danish home team will be monochromatic (just all red or just all white) to protest treatment of migrant workers during the construction of the World Cup stadium.

Has Denmark Ever Won The World Cup?

No, Denmark has never won the FIFA World Cup. Despite their long history, the team qualified for the first time in 1986. In the five World Cups in which they’ve played, the Danish national team has made it past the Group of 16 on only one occasion. At the 1998 tournament, they were able to make the quarter finals at last, losing to Brazil 2-3.

Who Is Denmark’s Best Player?

Denmark’s best player is arguably Peter Schmeichel. As one of the greatest goalkeepers of all time, the young player had a pivotal role in the Danish national team’s defense and was present at some of their greatest successes. One of the most well-known such occurrences was at the 1992 UEFA European Championship. Schmeichel let in only three goals in the entire tournament and helped the team to a shocking win in the title match.

Who Is Denmark’s All Time Leading Scorer?

The all-time leading scorers for Denmark are Jon Dahl Tomasson and Poul Nielsen. Nielsen was one of the best Danish players of the early twentieth century. Tomasson was meanwhile a powerful forward for the national team in the late 90s and early 2000s. In two careers far apart, both players scored an impressive 52 goals on the international pitch.