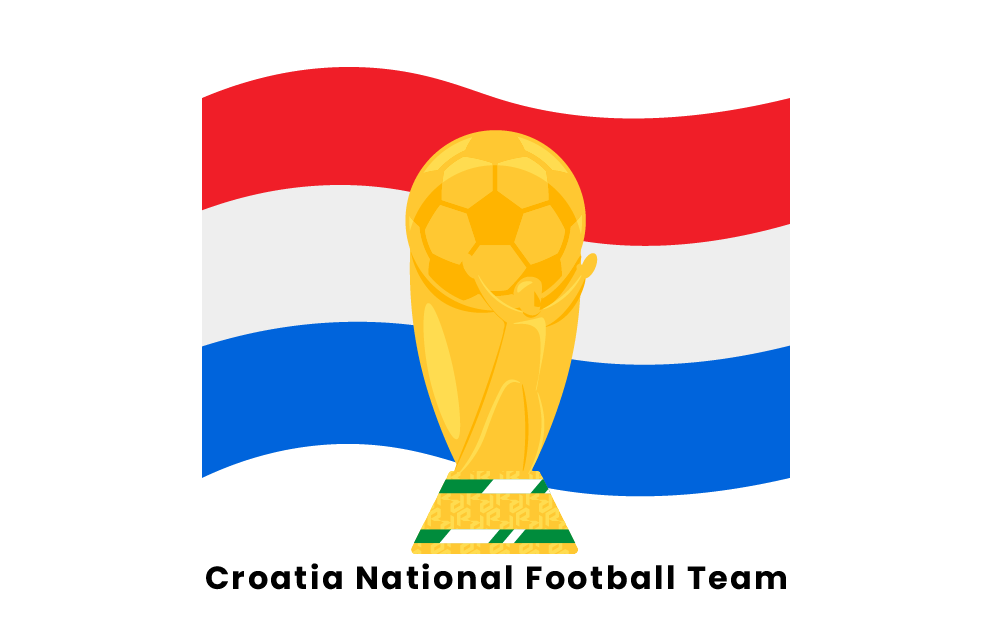 Since Croatia played under the Yugoslavia name until they established independence in 1991, they do not have a long history as a nation in international soccer. Since then, they have played in international tournaments, continental tournaments, and international friendlies. Croatia has been to six FIFA World Cups, with their first qualification coming in 1998. They have also been to the UEFA European Championship six times, first participating in the tournament in 1996.

While their international soccer history is relatively short, Croatia has been exceptionally competitive on the biggest stages in international soccer. Since gaining independence in 1991, Croatia has been to six FIFA World Cups. Their first qualification came in 1998, where they were able to make it all the way to the third-place game, which they won against the Netherlands. Croatia would go on to make every World Cup edition since then except for one in 2010. The only other FIFA World Cup where Croatia made it out of the group stage was in 2018, when they made it to the final match and lost to France.

Croatia has had more moderate success outside the FIFA World Cup, but have managed to qualify for every edition of the UEFA European Championship since gaining their independence except for one in 2000. The furthest they have made in the tournament is the quarter finals, which they did twice in 1996 and 2012.

Croatia’s greatest rivalry both on and off the pitch is with their neighboring country, Serbia. This is unsurprising, as both countries were initially bound under the same national banner. Once Yugoslavia split, much political tension remained between the two resulting countries and a lot of it has been expressed on the international soccer stage. In the three decades since, Croatia has had much more success at both the UEFA European Championships and the FIFA World Cup, but the rivalry remains strong.

The traditional home kit of the Croatian national team is checkered red and white shirts with white shorts. The team members will also typically wear long red socks as well during international competition. The away team uniform is a checkered dark blue and light blue uniform with a pattern similar to the Croatian home kit. The colors and pattern are meant to resemble those found on the Croatian national flag.

Has Croatia Ever Won The World Cup?

No, Croatia has never won a FIFA World Cup. As a very young country, Croatia has only been eligible for the tournament since 1990 and has appeared in five of the eight World Cups since then. Croatia’s greatest showing was actually at the 2018 World Cup, where they finished runner-up, losing 4-2 to France in the final match.

Who Is Croatia’s Best Player?

Luka Modric is arguably Croatia’s best player of all time. Since he joined the team in 2006, the central midfielder has led his team to some of their greatest international successes. The greatest of these was the 2018 World Cup, where Croatia had their best showing to date as runner-up in the final match. For his contribution, Modric was voted the best player of the entire tournament.

Who Is Croatia’s All Time Scorer?

The all-time greatest scorer for the Croatian national team is Davor Suker. Though he’s now the president of the Croatian Football Federation, he was originally a young striker for Croatia. In the 69 games he played representing his country, Suker scored a remarkable 45 goals.