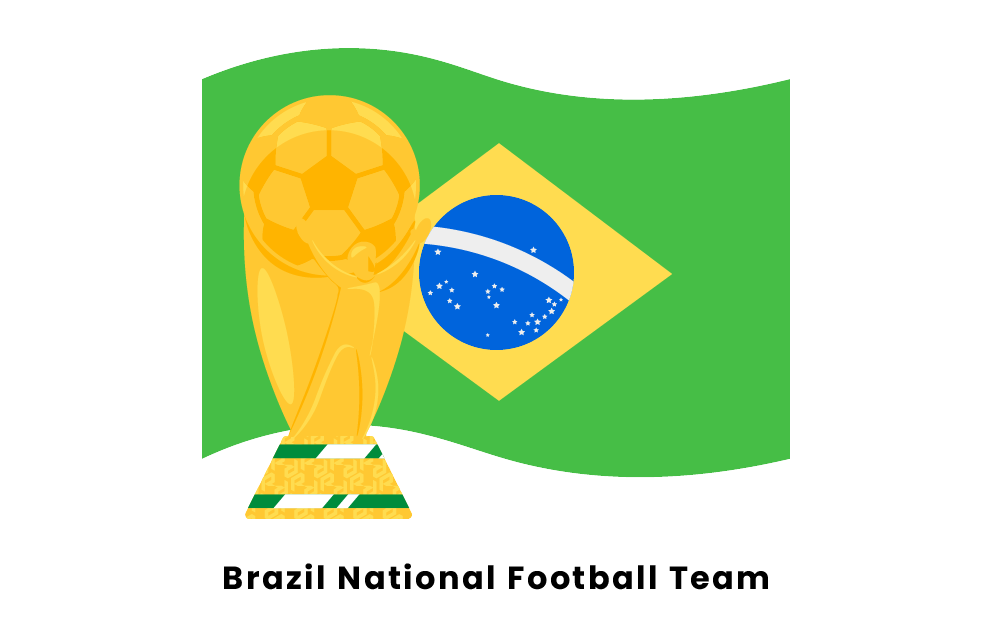 Brazil is one of the most storied and successful teams in international soccer history. They have won several major international competitions, including the World Cup and the Olympics. Read on to learn more about the Brazilian National Football team, including their rich history and list of awards!

Without a doubt, Brazil can be considered the most successful team in the history of international soccer, as well as the World Cup. No team has ever won more World Cup titles than Brazil, whose five wins at the tournament represent the strongest cycle of dominance any national team has had at the event. Brazil is also the only nation in history to have qualified for and participated in every World Cup since the inaugural tournament in 1930. Additionally, they are one of only four teams to have hosted two World Cups, and stand just below Mexico for all-time hosting opportunities. With such a storied history behind them, it seems obvious that Brazil is one of the favorites to succeed at the upcoming 2022 World Cup in Qatar. Let’s learn all about Canarinho, their history, their players, and their achievements!

In the over 100 years since its founding (1914), the Brazilian national football team has had a rich history in every international tournament they played. Just five years into playing, Brazil won their first major trophy against Uruguay in what is now known as Copa América.

After another Copa win in 1922, the Brazilian national team entered a slump of 27 years without a single major trophy or award. At the 1949 Copa América, they returned to their former glory and handily won the tournament. The following year, they hosted their first World Cup and almost won that title as well, barely losing in the final match to Uruguay.

In 1957, a new player entered. 16-year-old Pelé joined the national team and began a long career of leading Brazil to victory. In 1958, Brazil won their first World Cup and successfully defended their title in 1962 as well. Until his retirement in 1970, a Pelé-led national team dominated the pitch internationally.

For much of the 1970s and 1980s, Brazil slumped until their roster yet again had a new cast of legendary athletes. Starting in the early 90s, Ronaldo, Rivaldo, and Ronaldhino (also known as the three Rs) rejuvenated the team and brought a new era of success. Over the next few decades, the Brazilian national team won two more World Cups, four more Copa América wins, and recently two more Olympic gold medals (2016, 2020).

Brazil’s longest rivalry is with the Uruguayan men’s national team. In fact, much of their early history was marked by losses and near wins to their close neighboring country. After five years of losing against them at the Campeonato Sudamericano (later known as Copa América), Brazil finally won in 1921. After an enormous slump, the rivalry was further reignited at the 1950 World Cup, where the Brazilian team finally made it to the finals but lost to Uruguay 2-1. As Brazil has continued to rise since then in world rankings, the rivalry has slowly lessened in intensity. Uruguay has instead been replaced by more powerhouse rival teams like Argentina and Italy.

Has Brazil ever won the World Cup?

How many World Cup appearances has Brazil made?

Brazil has played in a total of 21 FIFA World Cups. Out of those 21 World Cups, they have won five. This is an amazing feat, considering there have only been 21 editions of the tournament, meaning Brazil has qualified for every FIFA World Cup.