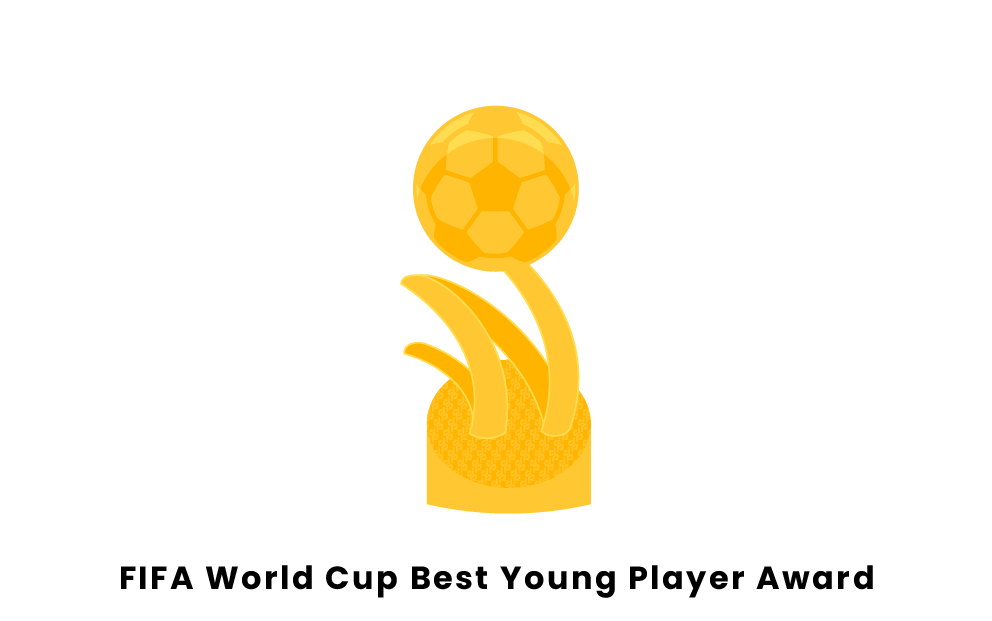 Ever since the 2006 FIFA World Cup, an award has been handed out to the best player under the age of twenty-one. The award is fittingly known as the Best Young Player Award. While the award has only been officially handed out since 2006, FIFA conducted a survey to determine who the best young player was at each World Cup all the way back to 1958. The remainder of this piece will discuss the award in greater detail.

Prior to 2006, FIFA only handed out awards for the best overall players at each World Cup, namely the best overall player (Golden Ball Award), most goals scored (Golden Boot Award), and best goalkeeper (Golden Glove Award). Starting in 2006, FIFA decided to honor and recognize some up-and-coming stars who may not necessarily be the best yet, but certainly have a bright future. They decided to call this award the Best Young Player Award. Only players who are twenty-one or younger at the start of that calendar year are eligible to win this award. While it has only been officially handed out since 2006, FIFA has retroactively named a Best Young Player for every World Cup dating back to 1958.

Like other World Cup awards, the Best Young Player Award is voted on by a panel of voters. The name of the group is the FIFA Technical Study Group. Some criteria that the group considers are the player’s skill level, creativity, exceptional performances, positive attitude, and fair play, among others. Unlike with some of the other World Cup awards, there is no award for the second or third place finishers. Only the single best young player is recognized.

Since the award was first officially handed out in 2006, only Kylian Mbappé of France in 2018 was a World Cup champion in addition to winning the Best Young Player Award. Overall, when all of the winners (as determined by the FIFA survey since 1958) are taken into account, the only other player to do so was Pele of Brazil, the original winner in 1958. Pele is also the youngest winner of this award at just seventeen years old. Every other winner has been at least eighteen. In fact, Mbappé in 2018 at nineteen and Michael Owen of England in 1998 at eighteen are the only other teenagers to be awarded this distinction. As for countries with the most winners, France and Germany are the only countries to have multiple winners, and they have each had three winners since 1958. They also have won the only four awards since 2006, with a German taking home the title in 2006 and 2010 and a Frenchman following suit in 2014 and 2018.

What is the Best Young Player Award in the FIFA World Cup?

The Best Young Player Award at the FIFA World Cup is the award given out to the best player twenty-one years old or younger at each tournament. The award has been officially handed out since 2006. However, FIFA has retroactively handed out the award for each World Cup dating back to 1958.

Who is the youngest player to win the FIFA World Cup Best Young Player Award?