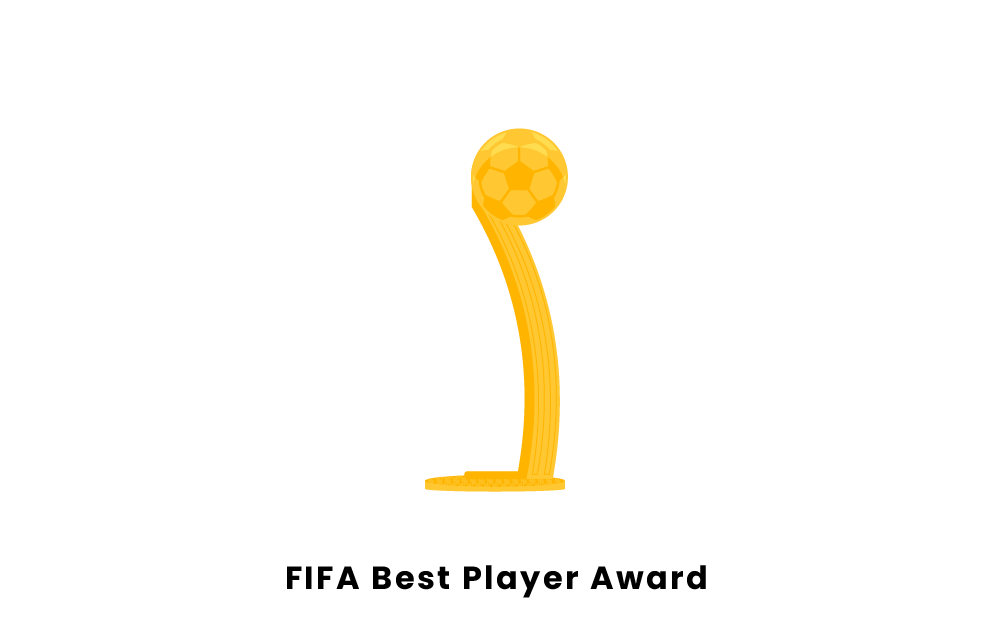 Representing their home country at a World Cup is the dream of every professional soccer player. The level of competition rises every edition, making the race for the FIFA Best Player Award more intense. This award is given to the most outstanding player of the tournament.

In twenty-one editions of the World Cup, the winners of each FIFA Best Player Award have delighted soccer fans with amazing plays. The last one to win it in 2018 was Croatia’s Luka Modric, who thanks to some magical plays, took his team to their first-ever World Cup final.

In many cases, like the ones of Lionel Messi or Salvatore Schillaci, the winner of the FIFA Best Player Award did not win the World Cup. Still, some of the most legendary runs that led players to win this award came from World Champions. Among them are Pelé in 1970 and Diego Maradona in 1986.

Brazil reached the 1970 World Cup with a completely different squad than the teams that had won in 1958 and 1962, except for Pelé, who already had two World Cup titles under his name. Pelé had four goals and six assists throughout the 1970 World Cup and carried his team to victory, as he was crowned the best player of the tournament.

Diego Maradona’s performance in Mexico in 1986 is arguably the best-ever in World Cup history. “El Pibe de Oro” led Argentina to its second title with five goals and five assists, including a legendary brace in the quarterfinals against England, where he scored what is considered to be one of the greatest goals of all time. After an exceptional tournament that culminated in Argentina’s second World Cup victory, Maradona was awarded the FIFA Best Player Award as well.

What players have won the FIFA Best Player Award?

What is the best player award in the FIFA World Cup?

The FIFA Best Player Award is an award given to the best individual player throughout the World Cup. This award, which is announced at the trophy ceremony after the final, has been given to some of the greatest soccer players of all time, including Diego Maradona, Lionel Messi, Pelé, and Johan Cruyff. The last winner of the FIFA Best Player Award was Luka Modric in 2018, who thanks to his stellar play, was able to take Croatia to its first-ever final.