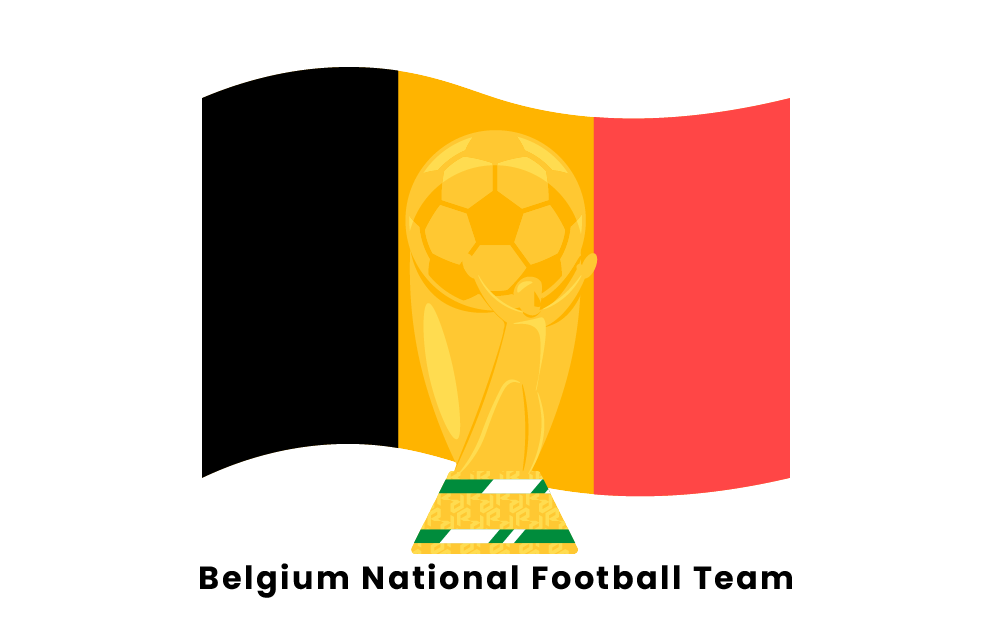 The Belgium National Football Team is the highest level of men’s national soccer for the Royal Belgian Football Association (RBFA). They compete in international tournaments, continental tournaments, and international friendly matches. While they have never won a FIFA World Cup or UEFA European Championship, they have come close in both tournaments. They have placed as high as third in the FIFA World Cup and runner-up in the UEFA European Championships.

The first official match played by the Belgium National Football Team was in 1904, where France and Belgium tied 3-3. They first qualified for the FIFA World Cup in 1930, where they were eliminated in the group stage.

The Belgium National Football Team has qualified for the FIFA World Cup a total of 14 times, and have made it out of the group stage eight times. Their best World Cup showing came in 2018, when they took home third place after winning the consolation match. They have been to the consolation match one other time, in 1986, but lost to France.

The traditional home kit of the Belgian national team is a mostly red shirt with black shorts. The red shirt has a black upper section and yellow accents, especially on the sleeves. This proportion and mixture of red, black, and yellow is meant to reflect the colors of the modern Belgian national flag. Because of their very red outfits, the team got their nickname “The Red Devils.”

The greatest rivalry for the Belgian national team is with their neighboring country, The Netherlands. As two of the oldest football associations in Europe, the two countries first played each other in 1900, where Belgium handily beat the Netherlands in all four matches. From 1905 onward, the two national teams would compete biannually. This rivalrous game was nicknamed The Low Countries Derby and serves as an important tradition for both teams and their fans.

Has Belgium ever won the World Cup?

No, Belgium has never won the World Cup. In their 14 appearances at the international tournament, the closest the team has gotten to the finals was in 2018. After narrowly defeating Brazil to reach the semifinals (3-2), the team lost to France. Thankfully, they faced England for third place and won 2-0.

Who is Belgium’s Best Player?

Belgium’s best player is arguably Romelu Lukaku. The young player joined the national team at only 17 years old in 2010 and had a slow start but quickly blossomed over the years. As a powerhouse striker, Lukaku led Belgium to a lot of international success and even a third place win at the 2018 World Cup, the farthest the team has ever advanced in that competition. He is also the team’s all-time highest scorer, with 68 goals over 102 games.

Who is Belgium’s All Time Leading Scorer?

Belgium’s all-time leading scorer is undoubtedly Romelu Lukaku. Over his 102 appearances with the national team, Lukaku has scored a remarkable 68 goals. In the ten World Cup games in which he has played, he scored five goals. The striker hopes to increase both stats in the 2022 Qatar World Cup.