Field HockeyArticlesEquipmentHistoryPositionsQuestionsRulesField Hockey Basic Rules For KidsHow Does Scoring Work In Field Hockey?What Are The Rules Of Field Hockey?Skills
PreviousNext

How Does Scoring Work In Field Hockey? 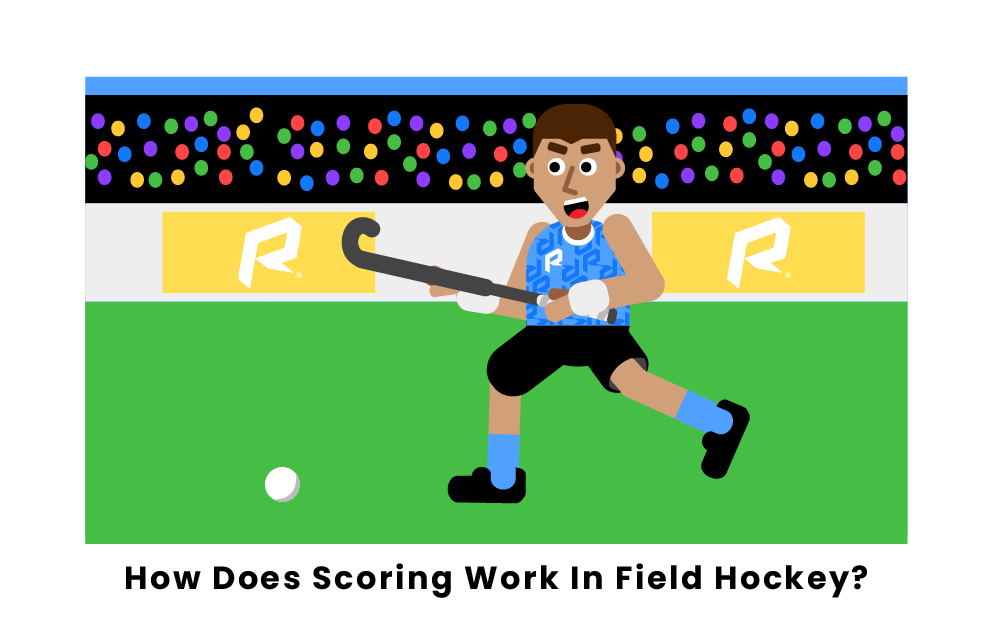 In field hockey, scoring works by teams shooting a ball into their opponent's goal. That being said, there are some specific rules that all of the players must follow as to how goals can be scored. These guidelines can involve but are not limited to what parts of the body the ball is allowed to be scored with.

Scoring in field hockey is very simple in terms of its relationship to other sports because only one goal, or one point, can be scored at a time. Similar to many other sports played on a grass or turf field, in order to earn a point the ball must cross the goal line of the defending team's goal. The rules are unique to themselves, however a lot of similarities can be found between the games of soccer, lacrosse, and ice hockey. That being said, the most unique aspect of the game of field hockey is regarding the striking circle. Each team has a large semi-circle surrounding their goal. In order to score a goal, either the ball has to be shot from inside the line of the circle, or at least one other player on the field has to touch the ball within the striking circle. If the goal isn't scored this way, then it will not be counted.

Although the basic understanding of how to score a goal in field hockey is that if the ball moves across the goal line and goes in the goal, a goal has been scored. However, there are many regulations that may cause a goal to not be counted. A few of the reasons why a goal will not count in the game of field hockey, starts with if the ball has been kicked or touched by any offensive player's foot. Alternatively, if a defensive player has touched the ball with their foot, then a corner will be called, giving the offensive team a major advantage to score a goal.

Sometimes if a violation has occurred in the circle by a defensive player, and it has prevented a goal from happening, the offensive player who was either closest to the ball or shot the ball will get what is called a penalty shot or a 'stroke'. The goal will also not be counted if a player throws the ball past the goal one with their hand. If the ball crosses over the goal line in fair play and the referee does not call a violation, the offensive team will earn one point, and then all players will go back to their starting positions, and then the defensive team will gain possession of the ball.

What are the basic equipment requirements for field hockey players?

The basic equipment requirements at the youth to high school level for field hockey begin with a mouth guard. All players no matter their position must wear a mouthguard at all times during the game while on the field. The next piece of equipment required are goggles. Players must also wear these at all times in order to protect their eyes and face from injury. The third required piece of equipment for safety purposes are shin guards. Players also need a field hockey stick in order to participate in a field hockey game, however this is not for safety purposes. And lastly, field hockey players typically wear some form of cleat while playing.

What are the most important field hockey rules?

The most important rule about field hockey that an individual must know before playing is that field players are unable to touch the ball with their feet. This means that no matter what if a player steps on the ball, kicks the ball, etc.. a violation will be called, and the ball will change possession. Another important rule to know is that unlike in girl's lacrosse, field hockey players are allowed to move around after a whistle, or stop of play, has been called.

Are field hockey players allowed to shoot the ball from anywhere on the field?

In field hockey, players can only score a goal if it is in relation to the "striking circle." This means that there are mainly two ways for a player to score a goal. The first way is for a player to shoot the ball from within the circle, and have it pass the goalie and goal line and go in the goal. The other way is if the ball is shot from outside the circle, but a player tips the ball with their stick and deflects it into the goal. One of these two scoring methods must happen in order for the goal to actually count and for the team to earn a point.

Pages Related to How Does Scoring Work In Field Hockey?