How Dangerous Is Field Hockey? 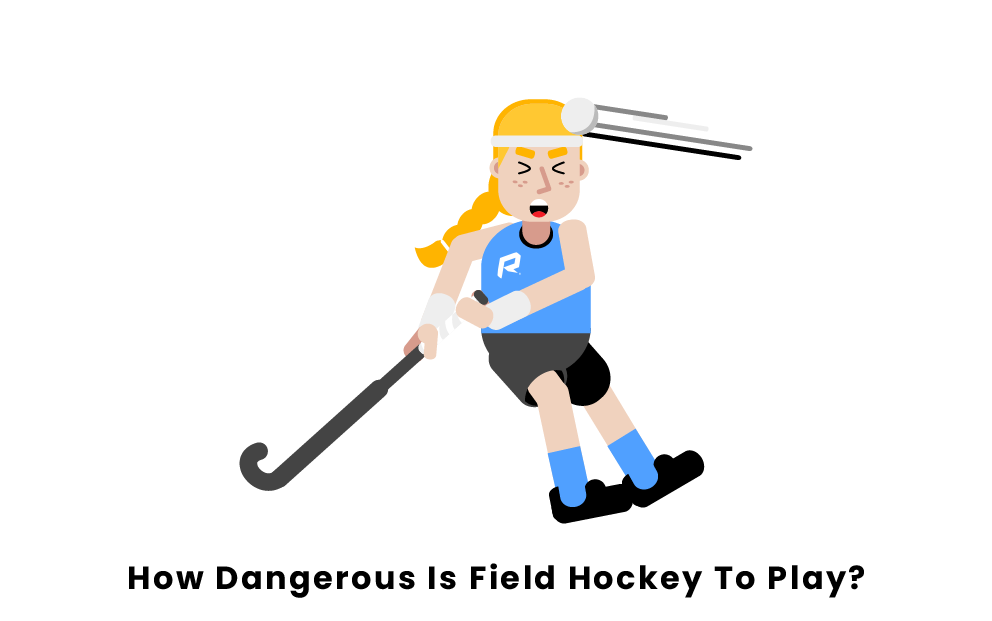 Field hockey is not a contact sport by nature, so players are very unlikely to sustain severe or traumatic injuries. They also wear protective gear, including but not limited to eye gear, shin guards, and mouth guards to help protect themselves. However, there is a fairly significant risk of athletes sustaining multiple minor injuries when playing field hockey.

Likelihood of an Injury

Female field hockey players in high school have about a 62% chance of sustaining at least 3 injuries, making field hockey the sport where players are most likely to get multiple injuries or reaggravate an old injury. These injuries are in most cases lower limb injuries, such as knee or ankle sprains, tendonitis, or stress fractures. They can often be caused by unintentional contact with the ball or stick during games. In more rare cases, because the game involves running hard and taking sharp turns on grass or turf, players can sprain or even tear muscles or ligaments, which is a risk athletes take in almost any sport.

Field hockey players are quite likely to experience sprained ankles, bruised knees, and general soreness among other minor issues throughout the season. However, as long as they wear their protective gear, are careful, and play by the rules, they have a good chance of avoiding serious injuries.

Pages Related to How Dangerous Is Field Hockey?