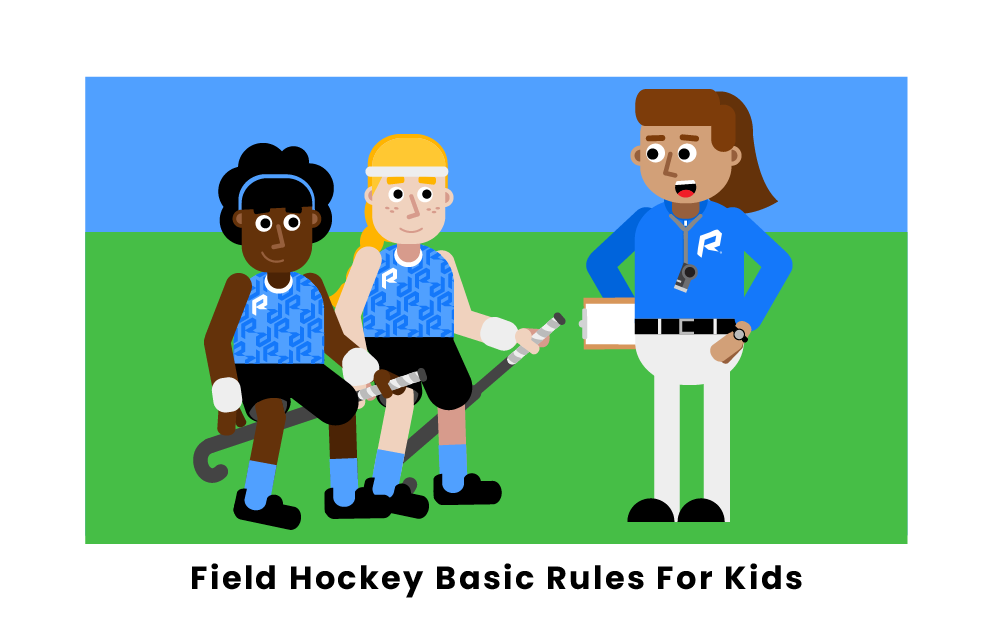 There are eleven players including a goalie allowed on the field per team.

The game is split up into two 35 minute periods.

Players are only permitted to strike the ball with the flat part of the stick.

Players cannot use any part of their body to come in contact with the ball.

The game is a non-contact sport, you cannot physically touch or move opponents.

The most common way to score points is by scoring from a field goal.

A field goal is when the ball goes into the goal from inside the striking circle.

If the ball goes into the opposing team's goal from outside the striking circle, it will not count.

Players who break the rules of the game can often be given green, yellow, and red cards.

After the second 35 minute period, the team with the most goals wins the game!