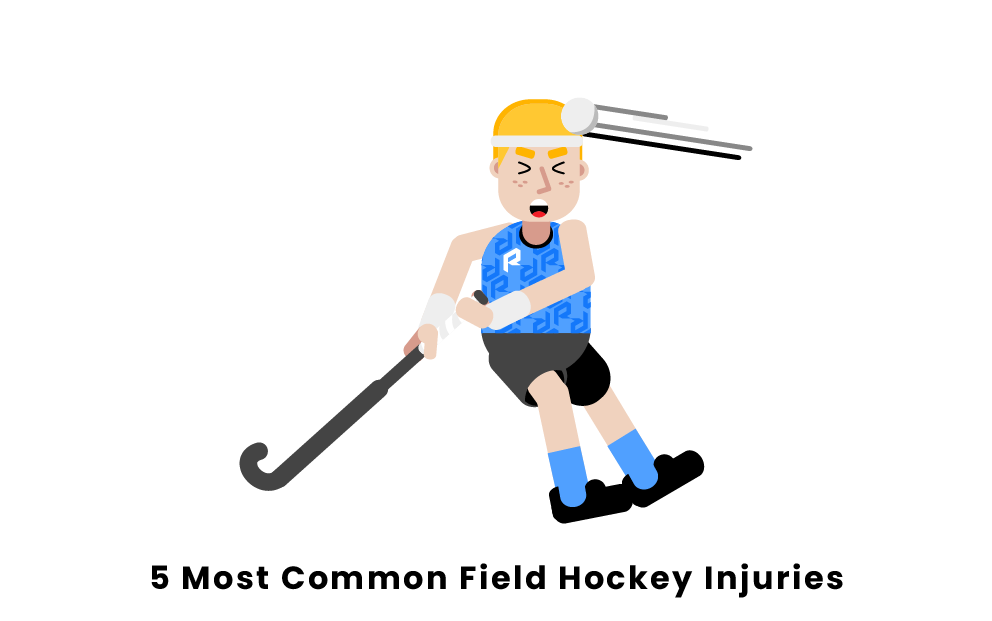 What are some of the most common field hockey injuries?

Muscle strains are the most common injury in the game of field hockey. They account for roughly 24% of injuries in collegiate field hockey, more than other type of injury. Due to the nature of field hockey, there is tremendous strain on muscles in the back and pelvic areas. Typically, the strains occur in the back, pelvis, quadriceps, hamstrings, calves and other lower limb areas. Strains are typically rated as either 1, 2, or 3 depending on the severity of the injury. Grade 3 strain is the most severe.

Contusions are bleeding under the skin from physical contact and usually known as bruises. In field hockey, contusions are very common due to the nature of the sport. The players are always making contact with other competitors, balls and sticks, resulting in frequent occurrence of contusions. Contusions are roughly 16% of injuries in collegiate field hockey. These bruises can happen in any muscle in the body. They typically can be found on the quadriceps, hamstrings, calves, or upper limbs of these players. These contusions are treated with anti-inflammatory drugs like aspirin or ibuprofen.

It is very common for field hockey players to injure their hands and wrists. Players have their right hand low on the stick in a semi-crouched position, which makes hands and fingers susceptible to injury from a raised stick or ball. Fractures or sprains in the hands, wrists, and fingers are very frequent in the game of field hockey. Field hockey players deal with more finger and hand injuries than any other stick-handling sport in college athletics. Players may wear gloves on one hand for grip purposes. However, the use of gloves for injury prevention is rare in field hockey.

With the threat of elevated balls and sticks, facial and head injuries are not unheard of in field hockey. The number of injuries to the face and head in field hockey is higher than other contact sports like football, wrestling, and basketball. Injuries to the facial area can result in fractures, broken teeth, and eye problems. One of the most serious injuries is a concussion, which is around 6% of injuries in college field hockey. There are strict protocols on how to properly treat a concussion and other head injuries. All require immediate consultation with a certified health professional.

Field hockey is a fast paced game with players constantly changing direction and speed. In collegiate field hockey, over 53% of injuries were classified as lower limb. These players are prone to injuries that affect their ankles, knees, feett, quadriceps, hamstrings and other muscle groups. Overuse injuries are common from repetitive competition and play which typically affect the lower extremity of the body through strains, sprains or eventual fractures. Many players deal with ankle and knee injuries due to the constant cutting and stopping in the game.