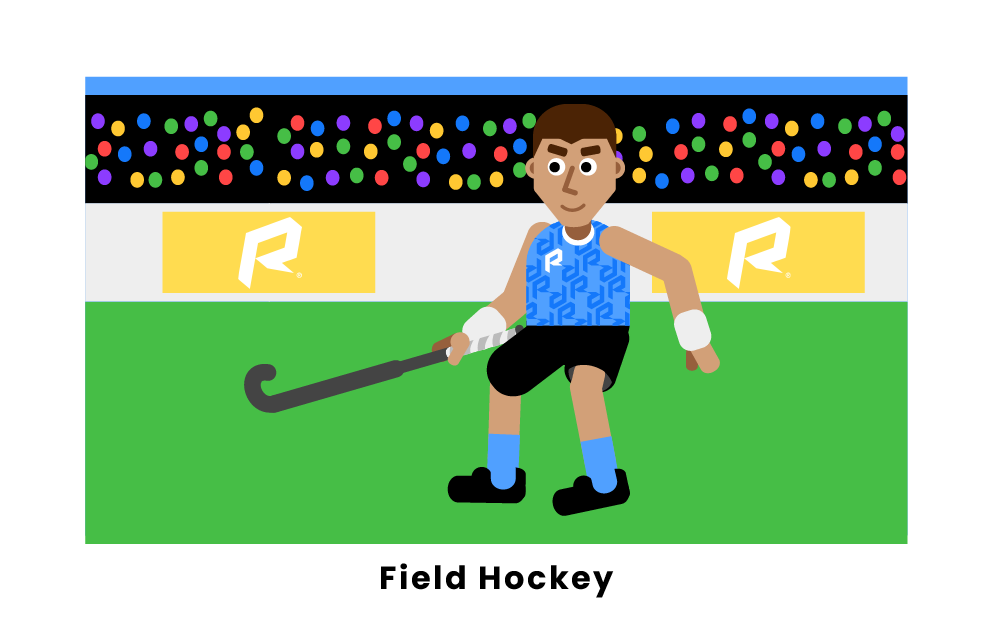 Field hockey is a team sport played by athletes using sticks with the objective of scoring more goals than their opponent. Worldwide, field hockey is the third most popular sport behind soccer and cricket, and is primarily played in Europe and Southeast Asia. The sport is played with a small plastic ball that players hit with their sticks and dribble up the field. It is fundamentally similar rules-wise to ice hockey, but the goals are larger and the sport is played on turf or grass. 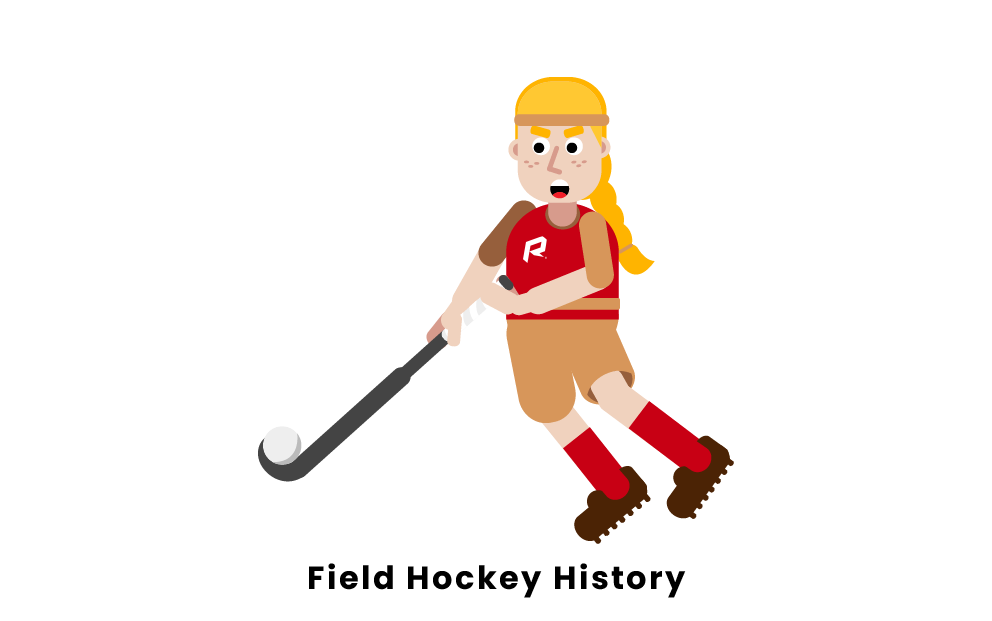 Field hockey is the 3rd largest team sport in the world (following soccer and cricket), played in over 100 countries. The game was established in the British Isles, and the modern game started being played in England in the mid 1800s. India, Pakistan, and Australia were early pioneers of the game as well. The first formal field hockey club, the "Blackheath Football and Hockey Club" was brought together in 1861. 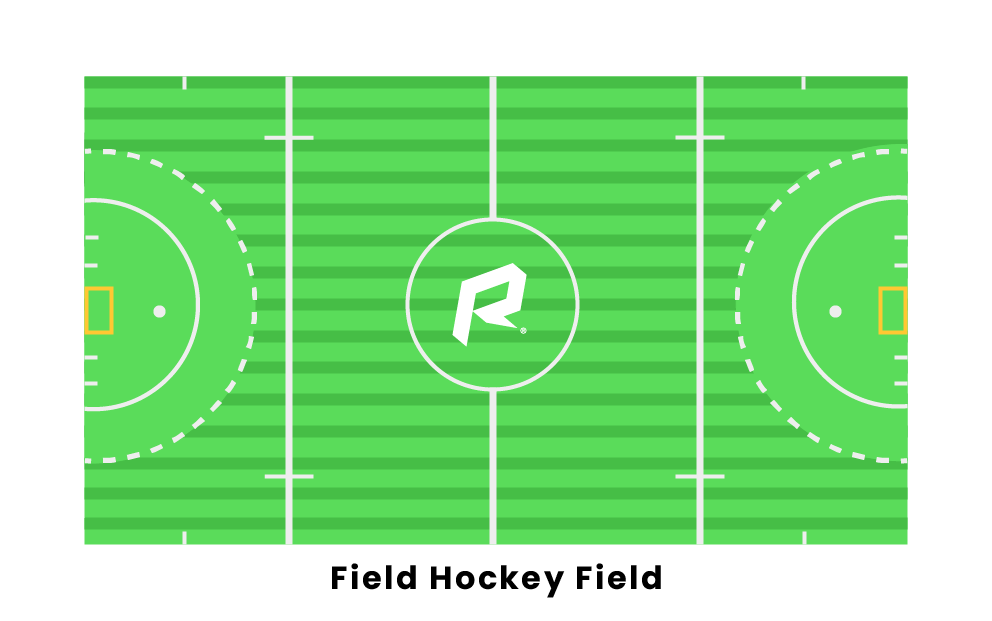 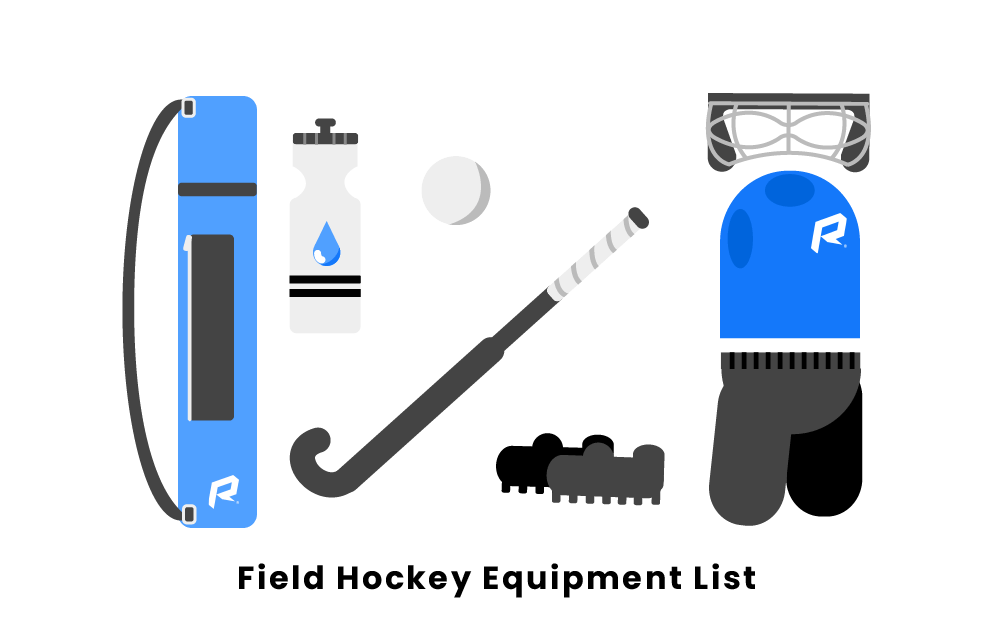 The equipment worn consists of protective gear, which helps prevent a player from becoming injured if they are hit by an opposing player, if they fall to the ground, or if they block a shot. Other equipment is used in order for players to have the appropriate gear necessary to take part in the sport. Some of the important pieces of equipment include:

Goalies have to wear more protective gear and buy other pieces of equipment, such as helmets and girdles. 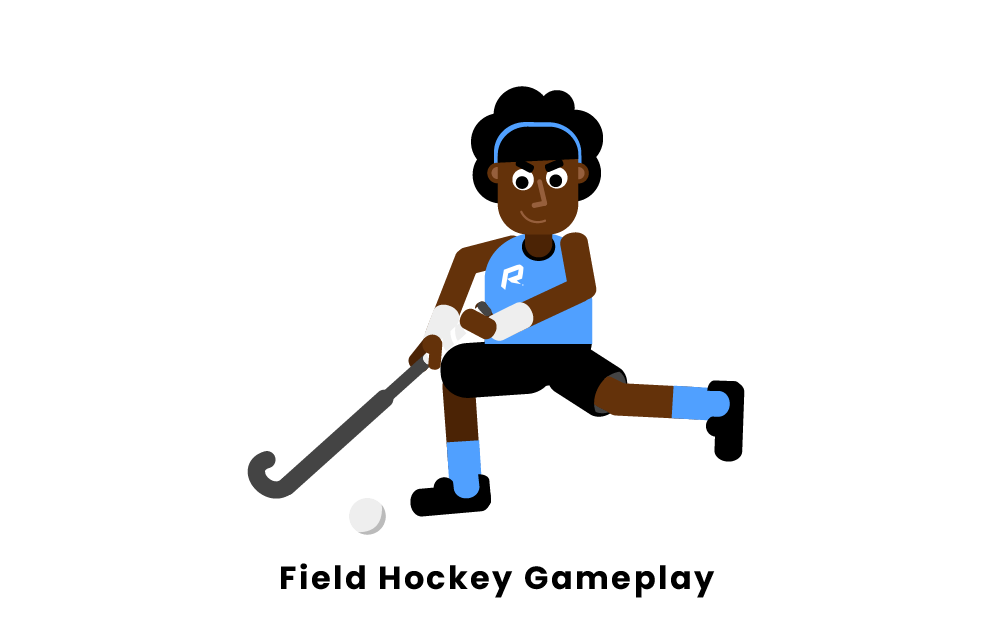 Field hockey is played on an 100ft by 60ft grass pitch. Each team has 11 players a side, unless a penalty is committed. A player uses a stick with a rounded head, which is used to dribble, pass, and shoot the ball. An objective of a team is to score more goals than their opponent by putting the ball in the other team's goal. Sticks vary in height and weight. An abundance of protective gear is worn by each player. 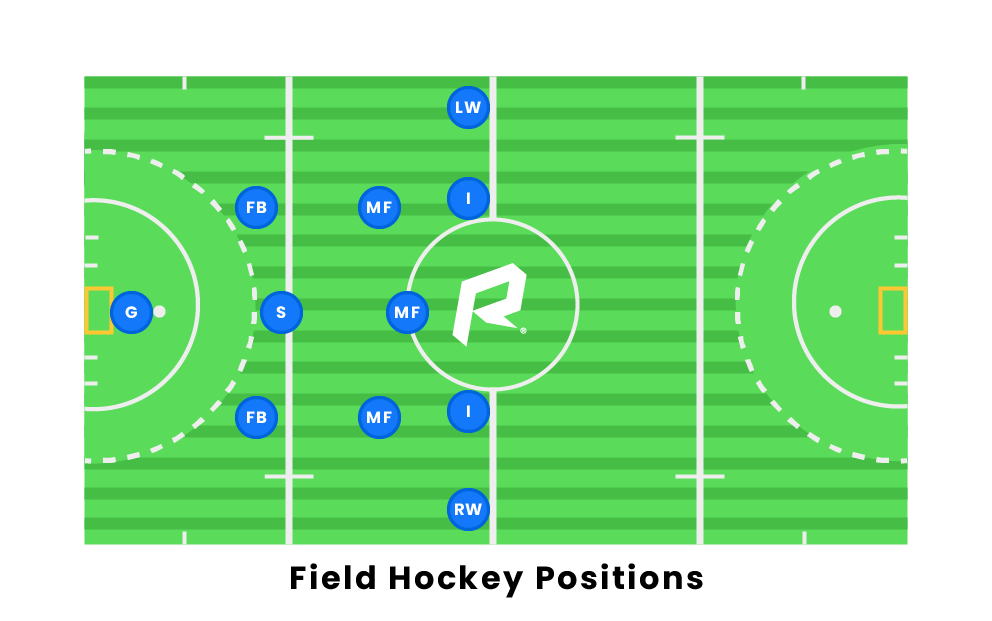 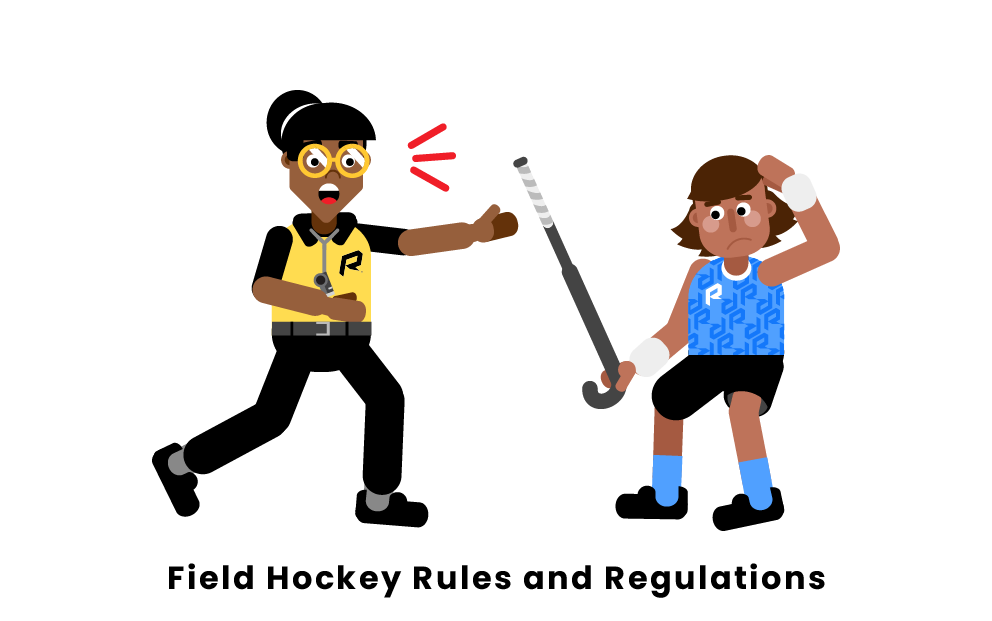 Field hockey has evolved into a major sport with many rules and regulations. These rules range from the equipment and penalties to fines and suspensions. The rules of field hockey may be different depending on the league. However, the core rules remain the same. Here are some of the most important rules in field hockey: 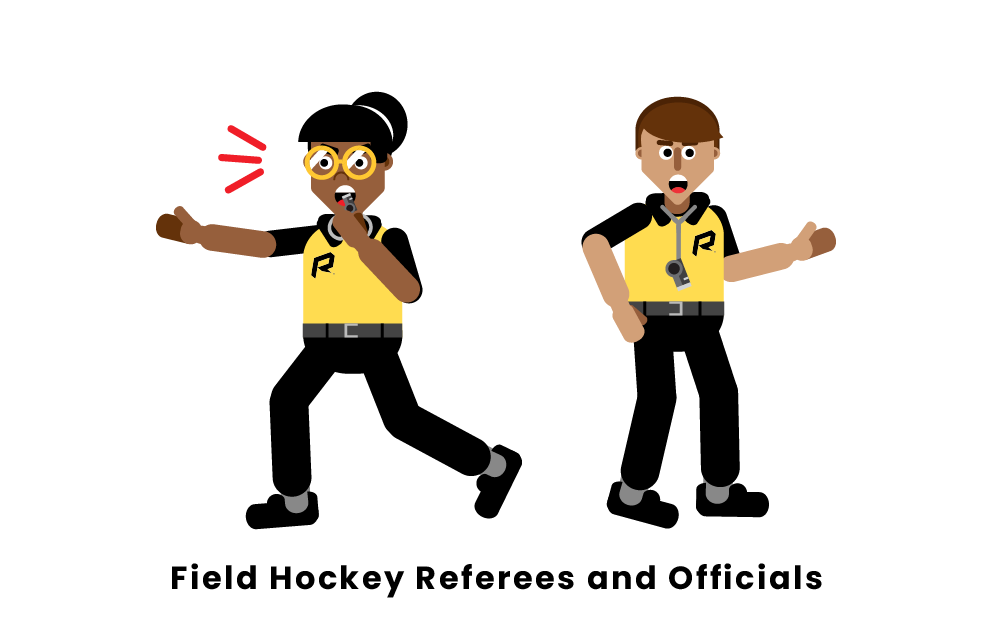 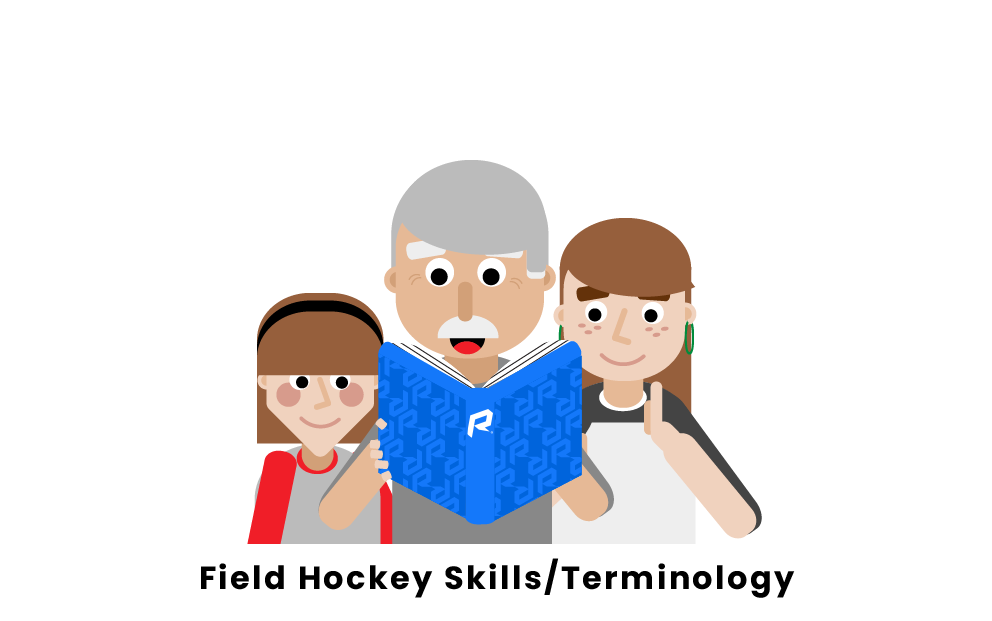 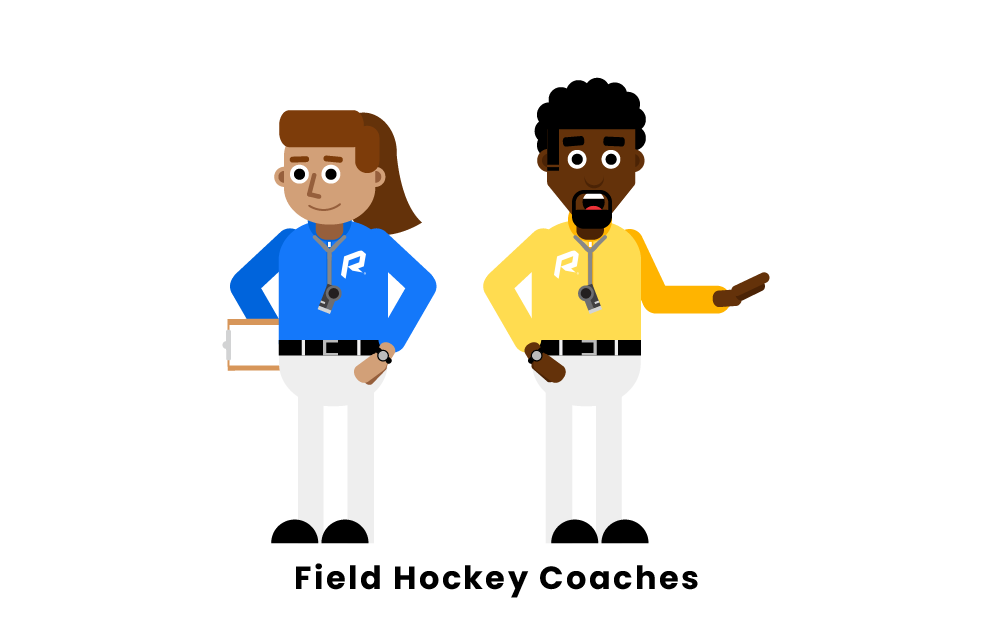 A coach must have a great deal of knowledge on the game of field hockey itself. More importantly, however, a coach must know how to treat and respect their own players. The great coaches of field hockey know the strategies that must be implemented for their teams to win and improve game to game. These coaches must also know how to handle feedback and how to work with a front office when it comes to trading and drafting certain players. The 3 coaches below are a few of the premier coaches in field hockey: 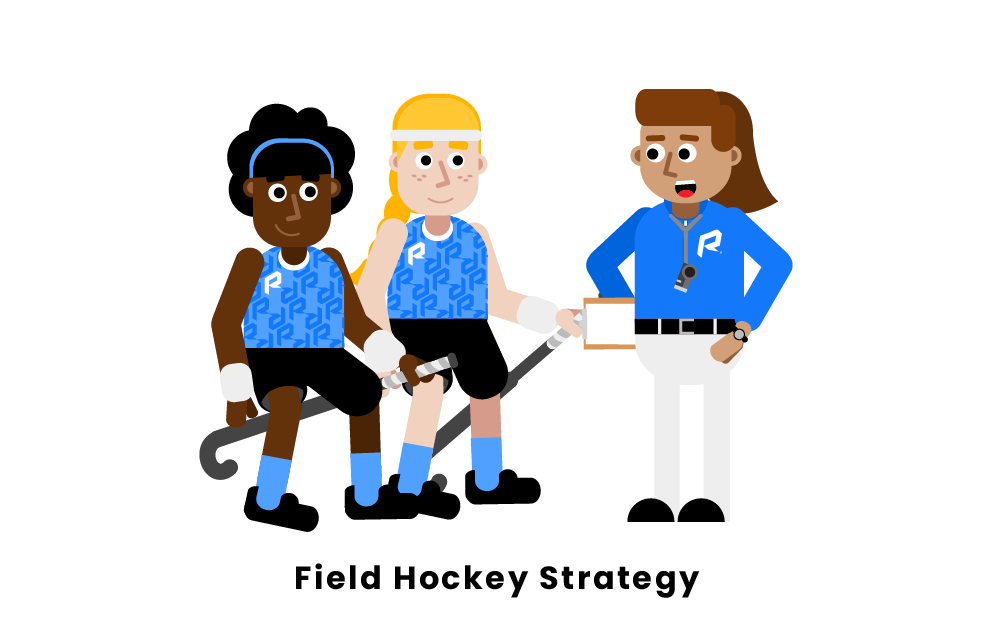 Teams use certain strategies within a game depending on who the opponent is that they are playing. Strategies are often developed and built open during practices throughout the course of a week leading up to gamedays. Strategies help a team feel prepared and in sync on the field at all times. Players are more likely to be where they are supposed to be and will know where their fellow teammates are positioned as well. Like soccer, teams use different tactics and strategies depending on their opponent and on the game scenario. A team may want to implement a certain offensive or defensive formation, depending on the score. 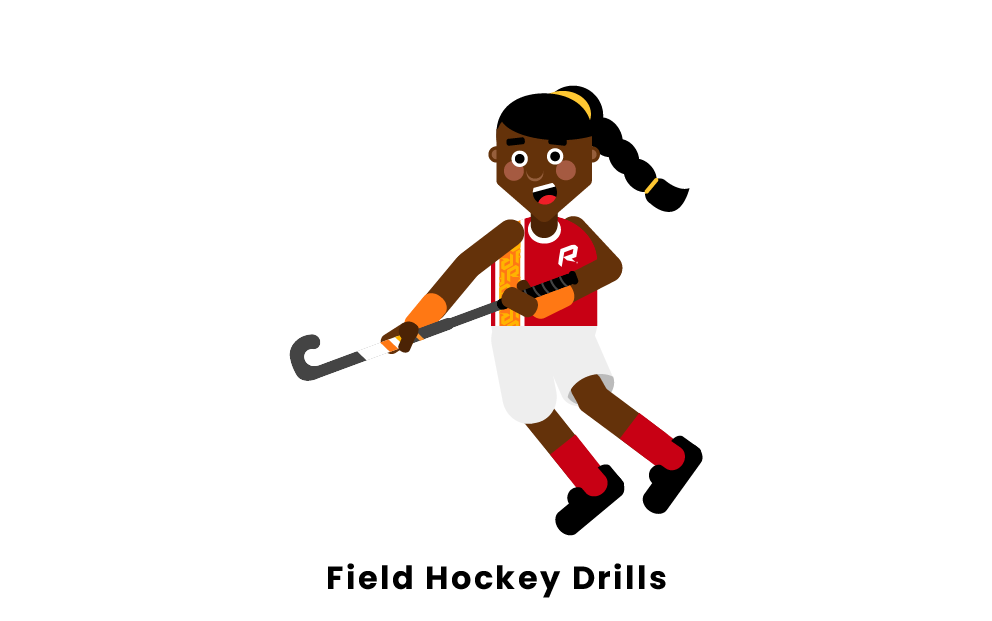 The great thing about field hockey drills is the fact that professionals and children work on the same drills in practice. There are hundreds of drills that each help a player or team with various aspects of their game. Common drills include different variations of how to efficiently clear the ball, which is how a team or player is able to move the ball out of their defensive half into a safe area. Other drills often include a team practicing how they will pressure an opponent's defenseman, which is how they will ultimately be able to gain possession of the ball. 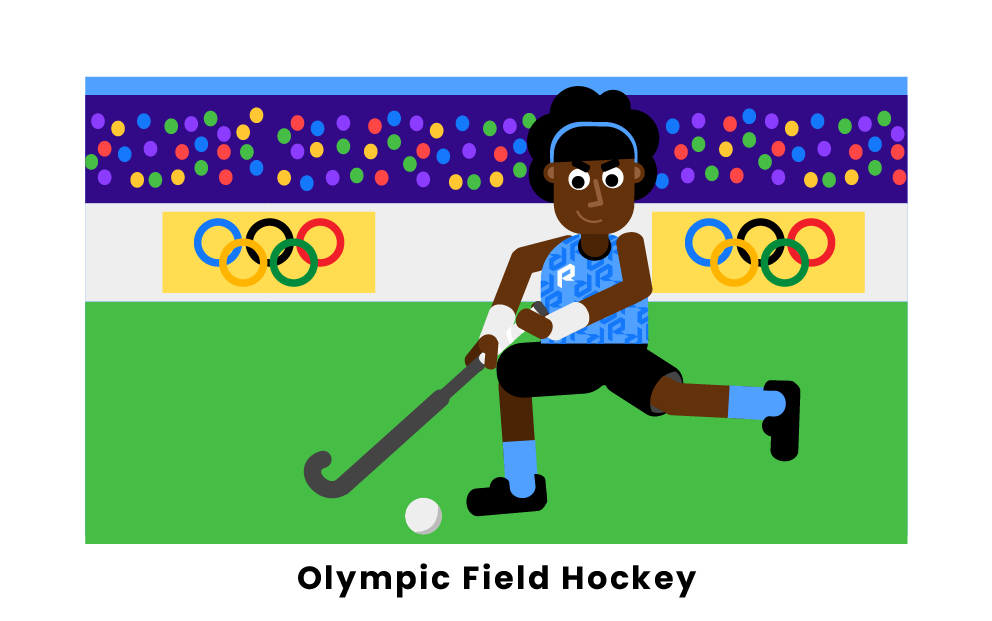 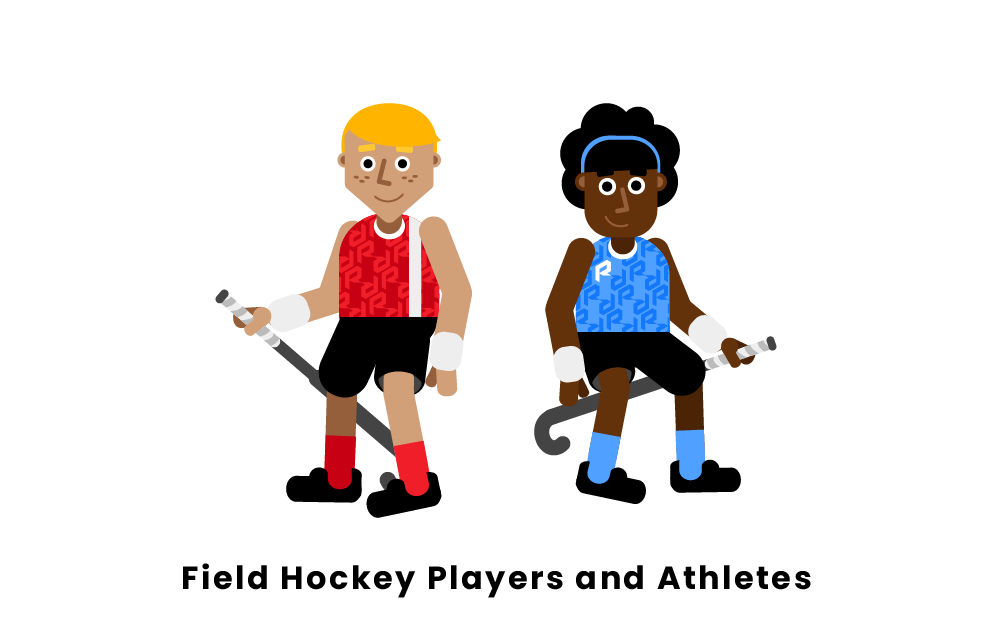 When individuals think of a professional sporting league, a few famous or skilled athletes within the league itself often stick out to them. Below are five of the most prominent field hockey players to ever play the game. Some of these players are known for their great scoring or passing abilities, while others are known for their defensive or goaltending capabilities. 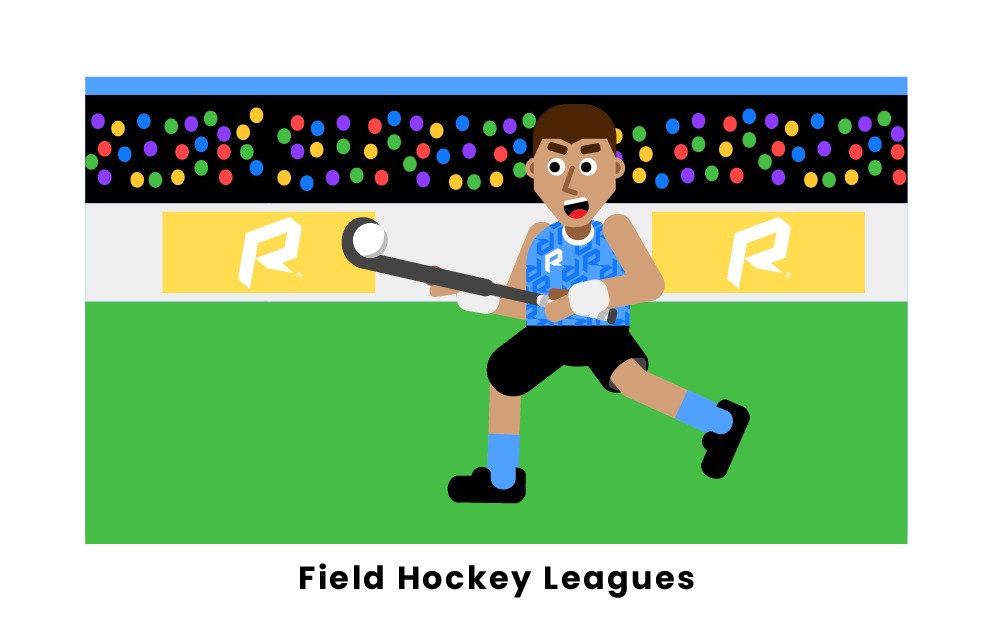 Currently, there are many different levels of competitive field hockey that are played all over the world. From beginners to advanced, athletes are able to stay active and play the game they love. Some popular leagues include: 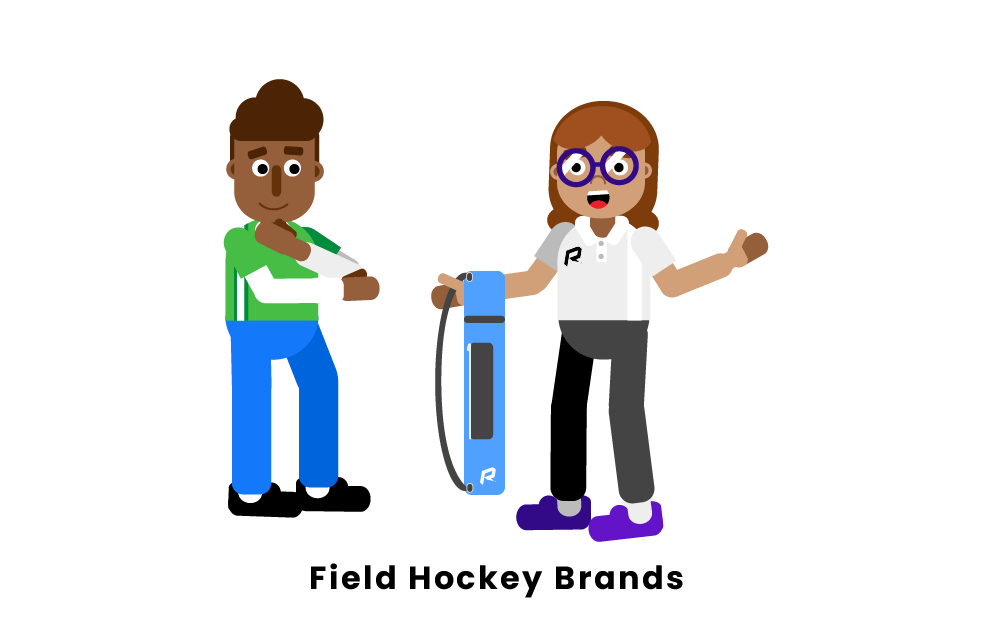 Each sport has its go-to brands that provide the necessary equipment and accessories to both fans and to players from all different levels. Some of the most popular field hockey brands include: 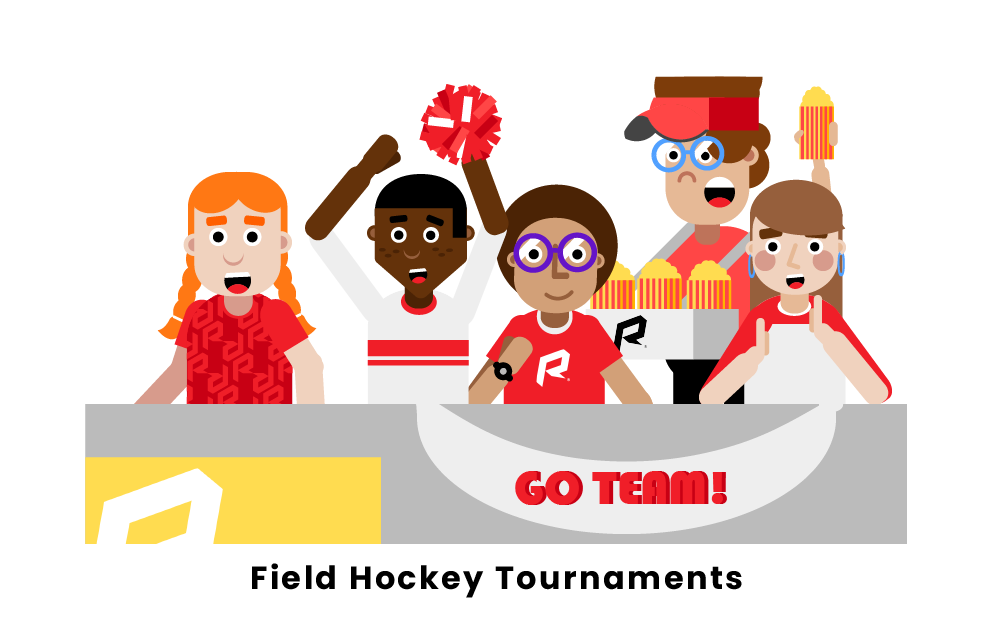 Youth tournaments occur all over the country at various different times throughout the year. The levels vary at each age group. After these age groups, players are forced to go onto adult, professional, or olympic field hockey. At each age level, however, players can choose to play on teams that vary in how competitive they are depending on the league and players on a specific team. Some of the bigger and more well-known tournaments are: 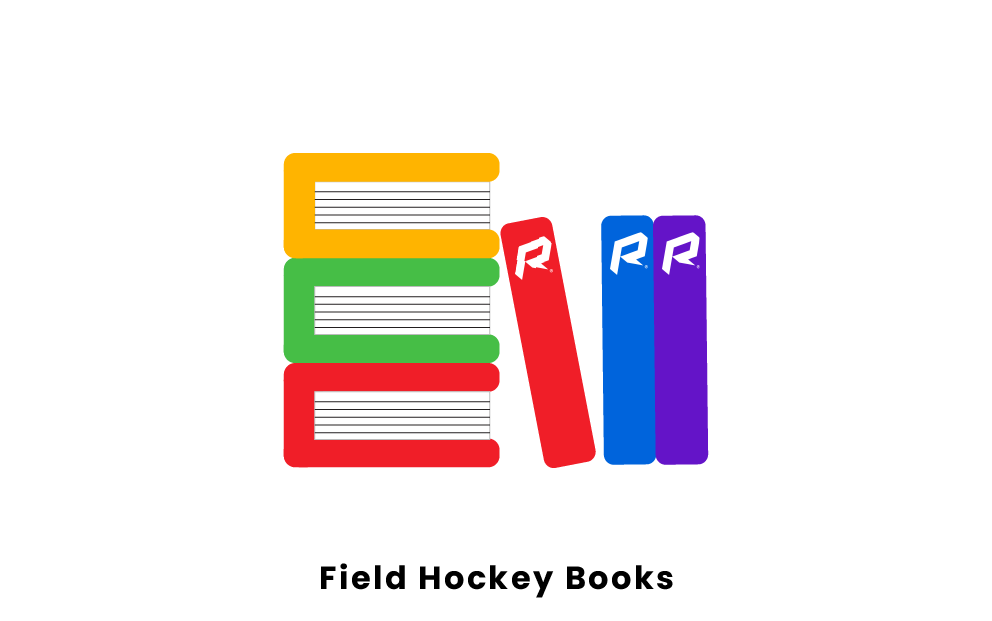 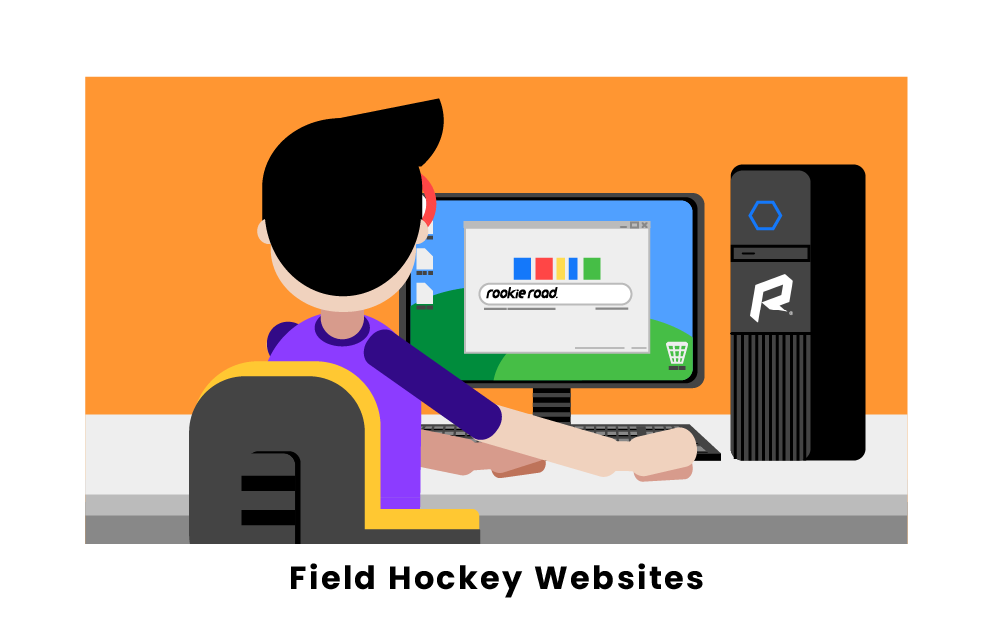 There are many different field hockey websites that each have its own special purpose. There are sites made for purchasing equipment, sites to explore field hockey rankings, sites for various teams and leagues, sites to see an individual player's statistics, and sites for the professional field hockey leagues and Olympics. Some of these websites include:

Where is field hockey most popular?

Field hockey is a popular sport around the world. However, it's probably most popular in Canada.

What are the basic rules of field hockey?

11 players per team are on the field at once. Like any sport, there are rules that must be followed. Two to three umpires will be present throughout gameplay to ensure a game does not get out of hand. A player must wear the proper equipment and use their sticks in a legal manner, not intentionally hurt an opponent, and attempt to score in a manner that is allowed.

Like any sport, field hockey can be dangerous. However, numerous pieces of equipment are worn in order to prevent athletes from injury.

Although it may be less well-known than sports like basketball, football, and baseball, field hockey is actually the 3rd most popular team sport in the world following soccer and cricket.